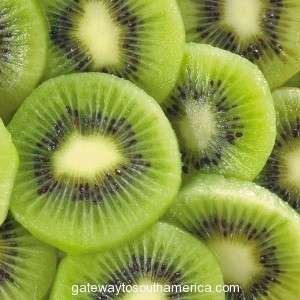 A meeting was held last week between New Zealand kiwifruit marketer Zespri and the Chilean Agriculture Ministry, during which opportunities for cooperation were discussed.

New Zealand and Chile are major rivals in the kiwifruit industry and have been at odds with each other for many years.

“We committed to work toward achieving homologous quality standards. The idea is to complement one another, rather than competing,” Walker was quoted as saying.

Zespri was found guilty of anti-competitive practices by the Korean Fair Trade Commission in 2011 after gaining exclusive contracts with retailers at the expense of Chilean supply.

Zespri has said that issue has now been addressed and that it is compliant with international World Trade Organization (WTO) laws. But the Chilean Fruit Exporters Association (Asoex) alleges that the marketer maintains anti-competitive practices in markets such as Japan, where Asoex has an ongoing dispute via the Japanese Fair Trade Commission (JFTC), the article reported.

When asked about the matter, Zespri chairman Peter McBride rejected Asoex’s accusations and was quoted as saying: “We are here to cooperate.”

Walker was quoted as saying: “We want to play the role of a mediator … the chance of doing things together is much greater than being separated by something like Asoex’s claim.”

El Mercurio reported that Asoex said it would soon meet with Walker to work toward making ‘common decisions’.