Would you like to savour the adventure of Dakar 2015 from your backyard? 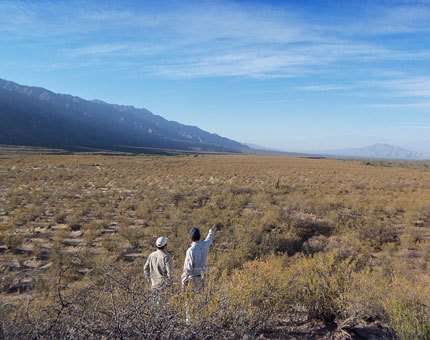 Gateway to South America on 27/11/2014 - 12:05 in All categories of countries are, Argentina Lifestyle, Argentina Mendoza, Argentina-General, Argentine farms

Would you like to savour the adventure of Dakar 2015 from your backyard?

The Dakar adventure began in 1977  in Africa. Thierry Sabine got lost on his motorbike in the Libyan desert during the course of the Abidjan-Nice rally. Saved in the extremis from the sands, he returned to France fascinated by the sights and decided to share it with others his discovery. 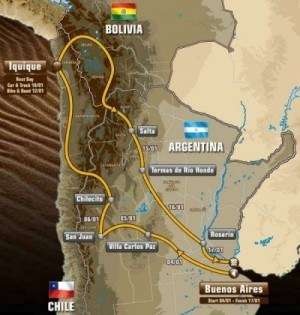 With great conviction and a touch of madness peculiar to all great ideas, the plan quickly became a reality. The Paris-Dakar, became a unique event, open to all,  even to those without titles. It carries a message of openness to the new, with challenges that are striking, surprising and seducive. Over nearly 30 years, many sporting and human stories were written.

Because of personal safety concerns the Dakar race has been now moved to South America. It raced between Argentina, Chile and Peru.

As always the  Dakar is best known for  its most attractive racing stages in beautiful and rugged landscapes.  There are adventures that are as “captivating” as the protagonists themselves. “How to tell our grandchildren these stories when we are already veterans,” smiles the Spanish Alberto Herrero, one of the crew of the truck carrying the tools needed to assist the Renault team. Because it is all  teamwork.

Alicia Reina, Argentina’s first woman to compete in the history of Dakar, had to stay overnight in the desert following the rupture of a tire. Near by was also José Luis Di Palma. At night you cannot drive because with the artificial light you can not see the height of each dune  so the four people spent the night right there until 4:30 am, when he began to see again through the appearance of the morning sun.

In 2015 among the 138 cars registered for the start of the Dakar contained a 100% female racing team of Catherine Houlès and Sandrine Ridet,. We hope more women will follow.

GTSA offers you the opportunity to own some of this  land of adventure. We have a farm located north of Chilecito, with an aptitude for agriculture and livestock as well as other possibilities which are feasibility studies through which the race runs. This is a unique opportunity for lovers of adventure and arid landscapes to have a grandstand position of Dakar which is them most dangerous rally race in the world.