With the largest plant in the region, SolFrut seeks to double its share of its olive oil production 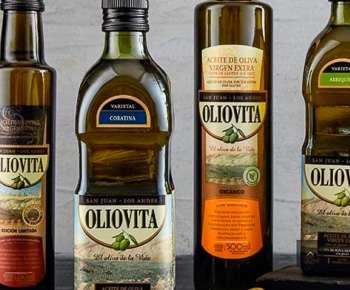 Gateway to South America on 24/06/2019 - 18:57 in All categories of countries are, Argentina Mendoza, Argentina-General, Argentine farms

With an investment of USD 14 million, the company of the Phrónesis Group of José Chediack will open in 2021 a new factory with a storage capacity of 4,000 tons

By 2021, SolFrut expects to inaugurate the largest olive oil plant in South America. “If finances favor us,” said José Chediack, head of Grupo Phrónesis, an agroindustrial holding that has four companies linked to the food industry. With a total investment of USD 14 million, it expects to double its storage capacity and expects its own brand to reach 20% of the market share.

However, the project was born with another objective for the group. The company first sought to expand the capacity of its wine business, so the olive unit would be left at its plant located in the town of 25 de Mayo, in San Juan.

Then they opted to build a factory from scratch on route 40, on another of the company’s properties. Currently, it has 2,000 hectares planted distributed over three farms, two in San Juan Province and another in the Rioja city of Chilecito. “We are going to double our storage capacity to 4,000 tons of olive oil, once the process is finished, whilst for the winery, we expect to reach 6 million liters of capacity,” the executive said.

The investment will be developed in three stages. The first one, the storage units, was inaugurated during the 30th anniversary of the company. The next one will be the extraction, which is expected to be operational in 2020 to make its debut with the crushing of olives, while in 2021 it will end with the fractional production line. From SolFrut they claim they have a 23% share of the supermarket’s shelf space for olives, with their own brand Oliovita -8% share- and the white ones they develop for other supermarkets, among them Jumbo, Carrefour, La Anónima, Wal-Mart and, soon, Preserve.

The new plant will have a crushing capacity of 600 tons of olives per day, that is, about 100 tonnes of oil. This will not modify the work in La Rioja territory, where they also crush olives. Of the total produced, around 30% has an export destination, in bulk. “The main market, which is growing, especially in Extra Virgin, is to the United States,” says Chediack.

According to figures from the National Institute of Statistics and Censuses (INDEC), the US market was the third largest national virgin olive oil destination in 2018, behind only Spain and Brazil, with a FOB amount of USD 18.8. million, out of a total of USD 76 million.

But the company raises two problems with which the industry currently coexists, one current and another potentially. “The per capita consumption of olive oil is still very low in Argentina, compared to developed countries. For example, in the Mediterranean consumption goes from 12 to 20 kilos per year per person, while here it is only 250 grams per person, “he says.

The proximity of a free trade agreement between Mercosur and the European Union, he affirms, “will impact fully on the face of the business and could cause enormous damage”. In this regard, Chediack said: “We raise it as an industry because European olive oil is subsidized and against that, it is hard to compete. It is difficult to plan ahead “.

At the same time, he raised the current difficulty of the olive growing business due to tariff increases. “As the rain is scarce in the area, we depend on artificial irrigation by pumping and the costs went from USD 150 to USD 500 per hectare in the past decade,” he said.

Meanwhile, the price of the tonne of olive oil fell by the growing production of Spain, the main player worldwide. Chediack does predict a better panorama however: Today the accounts do not show it but I do not believe that the values ​​will not remain lower for much longer because the Europeans are also suffering. ” Of the $ 80 million per year that the Phrónesis Group bills, the oil business represents about $ 20 million. In addition, the holding company manages Teknofood, dedicated to institutional nutrition; NutriCorrientes, specialized in infant foods and cereals; and NutriSantiago, which makes 1,700 tons of fortified cookies per year.