With Chavez is gone will Brazil be the rightful leader of Latin America ?

Gateway to South America on 11/03/2013 - 17:54 in All categories of countries are, Argentina Lifestyle, Brasil-general en, Chile – General, Perú-general en 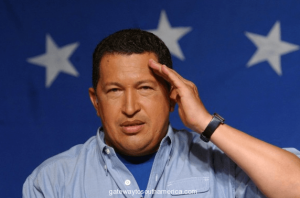 Hugo Chavez’s exit from the world stage may take the sting out of an ideological battle that has enveloped in Latin America since a new batch of leftists and Marxist started taking power in South America about 15 years ago to challenge Western Influence.

Followers of Chavez say his incredible energy is irreplaceable, but  even before his death the appeal of his boisterous, uncompromising approach to economic and foreign policy had started to fad.

The  momentum has moved towards a  more pragmatic  and moderate  model led by Brazil that welcomes private investment or, in case of a handful of aggressive free traders in the region, a free-market one associated with the West but with additional social welfare spending to fight poverty.

Both paths are converging around a broader center.

Brazil, always having seen itself as the “natural leader” of South America, has the most to gain in the post-Chavez era. Though the socialist Chavez generally got along well with his Brazilian peers, his combative style sometimes upset them.

“Chavez’s death changes things. He occupied an important space within the Latin American extreme left and now there will be a political realignment,” one Brazilian diplomat commented.

“The death of Chavez could eventually lead to the end of radicalism and dictatorial leadership on the continent,” said another Brazilian diplomat.

Since Chavez’s death, Brazilian President Dilma Rousseff has said she “did not always agree” with the Venezuelan leader. Officials said that was part of an effort to draw a distinction between Brazil and Venezuela in the eyes of the international community and business leaders.

“Changes will likely take place, starting with the diminishing role of Venezuela as a regional power, to the benefit of Brazil,” said Irene Mia of the Economist Intelligence Unit.

U.S.  COULD BENEFIT WITH A WEAKENING OF THE EVIL EMPIRES

There is also a secondary beneficiary from the demise of Chavez: the United States.

Throughout his 14 years in power, Chavez was a constant thorn in Washington’s side. He lambasted “Yankee imperialism,” kicked out U.S. diplomats, took over private companies, rattled oil markets and built alliances with other anti-Western leaders such as  power crazed Iranian Mahmoud Ahmadinejad and Syrian President Bashar al-Assad.

Even if Venezuelans elect Chavez’s choice to succeed him, Nicolas Maduro, and he continues to challenge U.S. influence in Latin America, Chavez was the clear leader of anti-U.S. sentiment.

“The departure of Chavez from the Latin American political scene could usher in a new period of enhanced diplomacy and improved relations with the U.S.,” wrote Heather Berkman of the Eurasia Group.

U.S. influence in the region has declined over the last decade. Two forums set up to solve “local” problems without outside help – the Union of South American Nations, and the Community of Latin American and Caribbean States – deliberately excluded the United States. This is not surprising given the US failure to lead by example. Everything from Gun Laws to a bankrupt economy shows that Washington has lost its way.

But, as U.S. diplomats like to tell it, this is healthy: there is less need for Washington to get involved nowadays because the region is more stable than ever before.

A BUFFER AGAINST CHAVEZ

Before he left office in 2011, former Peruvian President Alan Garcia set up the “Pacific Alliance” of committed fast-growing free traders Chile, Peru, Colombia and Mexico. Other associates include Panama, Costa Rica and Uruguay (which sits on the fence of not being sure if it a free market democracy or a pawn of Argentina’s Peronisim.)

His idea was to counter Chavez’s left-wing Marxist ALBA group that includes Cuba, Venezuela, Ecuador and Bolivia , Argentina and also Brazil, which  open economies regard as protectionist.

Garcia’s view was that “South America looks like it’s in a type of Cold War, like the big ideological blocs of the 20th century.” He said that in 2008 while wearing a tie clasp with the Great Seal of the United States on it.

Brazil is the most closed major economy to trade in the Western Hemisphere. It has raised targeted tariffs on several goods and is accused of slow-pedaling most trade talks it is a part of, including one between South American trade bloc Mercosur and the European Union.

With Chavez’s death, close allies such as Cuba, Ecuador, Bolivia and Ecuador, Argentina could face tougher times. They have all relied heavily on him for economic aid,  Argentina received some $5 billion in financing from Chavez when it was locked out of bond markets and even illegal financial help in the last elections.

Without Chavez and his oil resources as the glue that held them together, those nations may need to look for other alliances.

Some were already tweaking their own economic policies, diverging from the path set out by Chavez.

Ecuadorean President Rafael Correa was another close ally of the Venezuelan leader and his policies of extending state control over the economy scared away investors. But when he won re-election in February,  he said he would strike a $1.2 billion mining deal with Canadian firm Kinross this year to lure more foreign investment.

Even Cuba is making adjustments, with President Raul Castro pushing through cautious reforms aimed at boosting private enterprise. However the young sick of waiting for years for positive change are leaving in droves.

The only current Latin American leader who could possibly take the place of Chavez is Ecuador’s Correa.

But Ecuador, though a member of OPEC, lacks the vast oil reserves of Venezuela that Chavez used to spread influence. And Correa lacks his charisma and zeal.

Argentine President  Christina Fernandez was a strong admirer of Chavez showing many of same characteristics including similar policies of the weakening of democracy,  state corruption, broken institutions, lack of freedom of the press has the desire but not the ability to continue  his Bolivarian revolution with no money and no support.