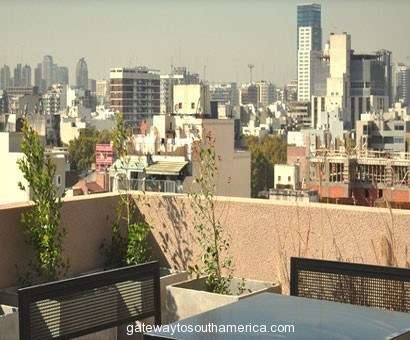 Either route will bring the prices down. The only question is do we choose the path of the United States or Spain,  either way prices  will not stop falling.

How to invest in this environment?

During the past ten years real estate investment was one of the most popular chosen by Argentine savers. In almost 100% of cases these investments went well.  That was with a growing economy and rising incomes, due to an external commodity boom driven by China, investors had little choice but to buy bricks and mortar as the financial markets in Argentina are almost non-existent.

We announced that this would change abruptly in September 2011.

In November of that year, with the creation of exchange controls, the first symptoms appeared, making our forecasts stronger.  Even at the end of 2011 most of the media and “experts” said that the Argentine real estate market would continue to grow …

However finally, in mid-2012, the figures were already too obvious to hide.  The market for buying and selling homes collapsed in Argentina.  Its activity declined between 20% and 50%, depending on the area and the segment.  Despite this, the real estate market so called experts were saying that this was not going to bring a crisis and that prices were not only down, but would rise slightly …

Today, July 2013, the real estate market continues to fall, perhaps a little less than last year because of the previous large fall, but it is still dropping. The Daily newspaper, El Cronista, reported these figures  on Thursday:

Real estate businesses in the province of Buenos Aires did not seem to have  benefited from the use of the Certificate of Deposit for Investment Real Estate (Cedin), which is a device the Kirchner government introduced to reward money laundering, bearing in mind that the market continues to fall. This evidence follows from the monthly report prepared by the Chamber of Notaries of the Province of Buenos Aires (Colescba). Yesterday, the company revealed data from the first half of this year that resulted in significantly decreased volume of 19.4% compared to the same period of 2012 and 18.7% in total. That is, in the first six months of 2013 closed real estate contracts of 41,674 against 51,676 in the same period of 2012, while the volume traded reached $ 10,350 million, down from $ 12,730 million in the same period last year.

The paper added that the number of sales contracts in June fell 9% against the same month last year. In fact, a month ago there were 9,018 real estate transactions, in contrast to the 9,975 verified during June 2012, 967 transactions less.

In turn, the number of deals in June fell 11.1% compared to May, while the value of transactions fell 18% between the two months.

The number of property transactions fell in the first half of 2013 by 20%. But do not forget that during the same period of time in 2012 – they had already fallen about 30%.  However what is  more worrying is the amount traded in those contracts. Not only have they decreased almost 20% too, but this was considerably worse,  considering the prices in pesos should have gone up at least 25% for not having fallen in dollars.

Therefore, the numbers show that house prices are falling in Argentina, even for so called industry experts who have been juggling the figures to hide it.

The real challenge is trying to predict what may come in the coming months.

Well, the prognosis is very easy, prices are going to start dropping even faster than before. When anyone has a market of decreasing demand and increasing supply, prices will continue to drop.

Less demand because in Argentina the middle class does not generate the same money that was generated in 2010 in dollars. Furthermore, because very few can buy the dollars needed to buy a property.  And more supply because they are still finishing building complexes that were begun  a couple of years ago. But more importantly, these will increasingly be offered at a discounted price as the Argentina economy follows the path of steady decline, which means more and more people will have the need to sell their property to survive. And when this happens, the fall in prices will be much more severe.

Now, I have no doubt that this process will continue. What is not clear is how quickly that will happen. We can look at two countries to understand what would be the difference of a fast and a slow process.

United States is an example of a nation that suffered a sharp drop in real estate prices, but then experienced a rapid recovery. In 2008, the U.S. real estate exploded in the air. Prices fell 50% and for nearly two years the market was semi-paralyzed.

But as of 2010 is growing and mid-2012 some U.S. markets, such as Miami had a boom that recalled the excesses of the past decade. Not only was the huge oversupply in the city after the crisis absorbed, but now you also see building sites everywhere.

Spain is the opposite. The crisis exploded in the same period, but prices did not fall as in the United States. They did not fall in the same dramatic manner. But the fall, which started in 2008, has still not stopped.  Spain already has five years of a destroyed housing market, with virtually no activity and prices even today, five years later, continue to decline. The reason for this is the banks like Santander, that held so many failed mortgages,  limited the supply of properties onto the market, causing it to freeze at above market values. The same death but by a thousand cuts.

Which path Argentina will choose? So far it appears that our country will go the Spanish way.  A market with few operations and with prices falling steadily, but not abruptly like the USA.   A market artificially sustained by subsidies, government aid or anything that can be invented, such as Cedin … A ventilator market with no hope of recovery.

What is the best way?

Well, it depends on ones tastes. If I could choose, I would choose the way the United States took.  Assume the problem earlier, suffer for a short time, find the solution and re-start quickly. The Spanish way is the way of a slow death. But perhaps, for politicians who caused this problem and are holding onto power, the slow death path might be a little more attractive.  It means that you can hide the problem a little longer …