Why working from home is Bad for Business 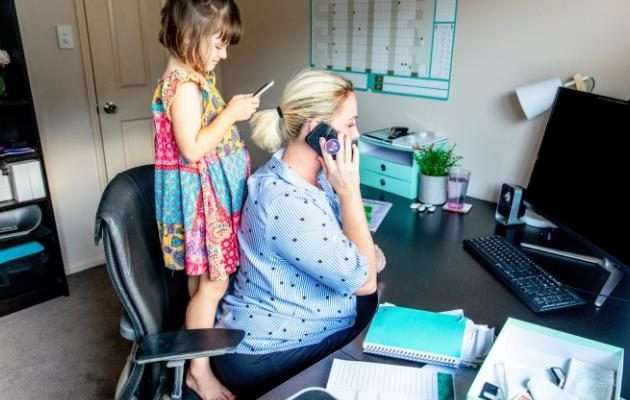 I don’t know about you but I can barely wait for this working-from-home period to end. The compulsive walking to and from the fridge, the procrastination as I stare out my window, the commandeering of my dining room table, the lack of a colleague nearby to chat with and laugh. The sooner I’m back in the office the better.

Of course, most people would disagree and for good reason. Unlike a single guy living alone without dependants, they’re relishing the avoidance of traffic, the time with family, the freedom to wear only upper-body corporate attire – just enough to appear professional on a Zoom screen.

They’re no doubt already preparing themselves for the inevitable conversation with the boss. If working from home has been OK during months of social distancing, why not make it permanent? After all, there’s little arguing with decades of research demonstrating the benefits that accrue such as lower absenteeism, less staff turnover, stronger job satisfaction and greater productivity.

Wait a second. Greater productivity? Well, according to a fresh study, that doesn’t actually appear to be the case.

The scholars analysed the performance of nearly 9000 employees in more than 800 teams working for 250 organisations across nine countries to test their theory that the lack of social interaction among employees is detrimental to their productivity.

The findings were unambiguous: “Working from home results in an employee performing worse.”

Writing in the New Technology, Work and Employmentjournal, the researchers go further by stating “even a small amount of working from home, less than one day a month, negatively affects employee performance”.

That’s because much of the knowledge, information and assistance people depend on is cultivated by the spontaneous and informal conversations they have with colleagues in shared workspaces, the absence of which diminishes their efficiency. It requires extra effort to access those essential resources when each team member is in a different location.

To determine the impacts on productivity, the scholars took into account not only the managers’ perceptions but also what the employees themselves had to say about their own performance.

Australians now working from home can see an increase in their tax return this year, however, accountants are warning the new ATO shortcut could cost you.

That specific figure, however, is based only on their managers’ perception. It could be, and in my opinion almost certainly is, a situation whereby managers think their employees aren’t working hard simply because they can’t see them. Their team’s productivity might be perfectly fine but by being out of sight they’re definitely not out of mind. They very much are preoccupying the mind of their boss even though their boss’s impressions are harsh and unfair.

The solution is not that working from home should be discouraged or prohibited. It’s more so an evidence-based lesson to be conscious that interaction has to be ramped up the more that employees are adopting what is an in-demand work arrangement, one that’s clearly here to stay.

“Employees do not exist in a vacuum as they work,” conclude the researchers. Irrespective of erroneous managerial interpretations, it’s tougher for colleagues to build effective relationships when they don’t see each other frequently enough and it’s challenging for them to notice a teammate has a problem when they can’t observe the signs that indicate they need support.

While many business professionals believe web conferencing can bridge that gap, the results of this study reveal the opposite to be true, that “digital presence cannot really compensate” for what is a fundamental human need: the need to interact in real life with other human beings.