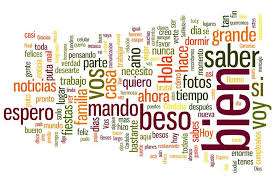 Spanish has been the favored second language in countries such as the US and Brazil for decades, but it has always been less popular in the United Kingdom. Despite Brexit, its implications of isolation, indifference to other cultures and a general resistance towards learning foreign languages in Britain, the last British Council’s Language Trends report, as well as the Cervantes Institute’s 2019 edition of Spanish in the World, both note that Spanish will become the second language of choice in the UK in 2020, beating French.

But while Spanish is rising through the ranks, the number of British students learning Spanish in primary and secondary schools has actually dropped by 2% to reach 88,022 in the last five years, against a fall of almost 30% in those studying French (117,046) and German (42,296), an issue that will be studied by the Cervantes Institute during its summer course at Madrid headquarters.

These figures have emerged from the British Council report, which includes a study of teachers and students of both primary and secondary age. Apparently, the level of difficulty of exams accounts for the move away from languages, but teachers at low-income schools are more concerned about parents dissuading their children from pursuing languages than the lack of resources available to them in schools. They are also concerned by the dramatic nature of the drop. At General Certificate of Education (GCSE) level, the numbers opting to take a foreign language have fallen by 19% since 2014. The language that has taken the brunt of the indifference is German, with 16% fewer students signing up.

According to the report, “Brexit threatens to broaden the socioeconomic and academic divide. Twenty-five percent of teachers in secondary state education and 15% in private education are aware of the negative impact on the students regarding motivation to learn a European language or a foreign language in general.”

Mark Levy, head of English programs at the British Council in Madrid, points out the problem is deeply rooted. “Languages are not being given priority in a curriculum which is already very packed, with increasingly fewer teachers trained in foreign language teaching, fewer international exchanges and external language exams that are considered more difficult than other subjects,” he says.

One of the commission’s aims is to get 95% of students to take at least one language test at GCSE level by 2025, optimistic as this may seem.

As the country struggles with Brexit, the Cervantes Institute is keen to take advantage of the opportunities it is paradoxically throwing up. Already in 2013 and 2017, the British Council was hedging its bets that Spanish would be the language of the future along with English.

The British Council believes that 2020 will be the year that Spanish overtakes French as the most popular second language – it overtook German in 2008. In 2017, there were 8,300 secondary students who took French tests at GCSE level, 13,000 fewer than in 1997. Meanwhile, with numbers of Spanish students rising since 2010, there were 7,600 taking Spanish tests at GCSE level in 2017.

The data from the last report suggests that the fall in popularity of German and French and the rise of Spanish is a trend that kicked off two decades ago. In primary schools, the number of schools teaching Spanish has gone from 16% in 2012 to 27% in the academic year 2016-2017. In secondary education, 53% of schools were teaching Spanish in 2007, a figure that had risen to 70% in the state school system last year and to 89% in the private school system, according to Language Trends 2018.

Culture plays a significant motivational role in language learning. According to London’s Cervantes director Ignacio Peyró, “people who are studying Spanish in our academies have business or work ties with the US and Spanish-speaking countries. The bond grows. Also there is a feeling that it is easier and of course it is a language that is used on account of the large number of tourists coming to Spain.”

Peyró is aware, however, that London is different from the rest of the UK. “There is more global awareness in the capital than in the rest of the country,” he says. This coincides with the fact that those in favor of Brexit were not in the majority in London. But however you look at it, the outlook for Spanish in the UK has changed radically in the last decades. From a position of near non-existence in the 1970s, it now looks likely to be at the top of the pile within the next year or two.

But while this is relatively good news for the Spanish language, the report has rung alarm bells. “It reveals a drop in international activities in primary and secondary,” says Teresa Tinsley, the report’s author. “In primary, half the schools don’t offer any international activities while secondary state schools have reduced their foreign offer by 5% in the last year. Only 25% facilitate international exchanges compared to 48% of private schools. These shortfalls are not good for our society nor for the future of our country.”

UNIVERSITIES SEDUCED BY THE HISPANIC WORLD

The Cervantes Institute has long been waging a campaign to establish Spanish in British universities. Interest among higher education students is growing. Besides specific language studies, the most popular language to take as a subsidiary subject is Spanish with groups of more than 150 students in 60 universities across the UK and a total of almost 14,000 students, according to a report from UCML-AULC, Language provision in the Universities in the UK, 2016-2017. “You would have to add the number of people who are taking an actual degree in Spanish to this figure,” says the director of Cervantes, London, Ignacio Peyró.

“University is and should be a priority area,” says Peyró. “Those who are studying now will set the intellectual tone of the country. Many of the students already have access to an official qualification with the Spanish Diploma for a Foreign Language (DELE), the qualification issued by Cervantes and various universities. And there are centers – Aston and Exeter – which are already accredited by the Cervantes Institute or are about to be.”