Why Rutherford B. Hayes, President of the United States of America, is a hero in Paraguay 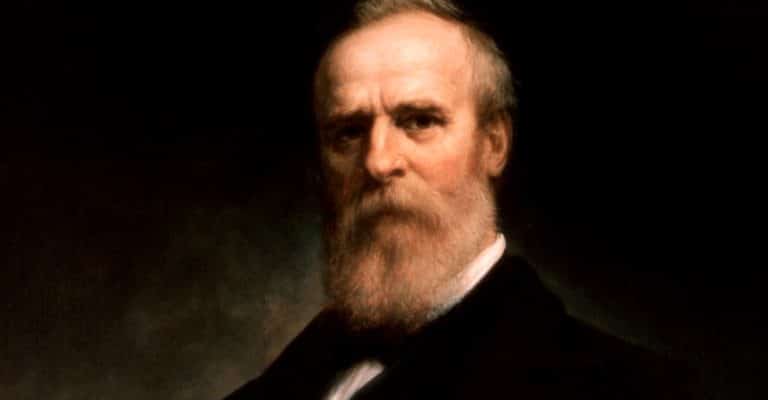 While President Hayes is a hometown hero in Delaware in the USA, in the South American nation of Paraguay, he’s a household name. The 19th president of the United States has an entire Province in Paraguay named “Presidente Hayes,” whose capital is called “Villa Hayes,” or Hayesville.

That’s not all November 12th is a provincial holiday in Presidente Hayes. There’s also a Villa Hayes Elementary School with its own bust of Hayes, a soccer team named after him, and a Paraguayan stamp issued in his honor.

Why all the fuss from a small country in another continent for an American president whose single term is considered unremarkable by some historians?

The answer is a decision that had international implications that last to this day.

It relates to the conflict in South America called the Triple Alliance War that ran from 1864 to 1870 between Argentina, Brazil, Paraguay and Uruguay.

Paraguay may have started it but got the worst of it, losing land and casualties (60% of its land and male population).

Separate peace agreements had been signed among the combatants; but in 1878, there remained a dispute over a region of land called the Chaco, which was being claimed by Argentina.

“That war was a big tragedy for Paraguay, decimating the once-prosperous country.

Back to 1878. The two sides asked then-President Hayes to arbitrate in the matter. Although there was no United Nations or World Court in those days, the United States was respected enough as a neutral third party to hear the claims of representatives from each side and settle the dispute. On November 12th, 1878, Hayes rendered his decision.

“Be it known that I, Rutherford B. Hayes, President of the United States of America, having duly considered the said statements and the said exhibits, do hereby determine that the said Republic of Paraguay is legally and justly entitled to the said territory between the Pilcomayo and the Verde rivers, and to the Villa Occidentals situated therein.”

Paraguay having benefited from Hayes arbitration, of course, sees him as “an honest broker” and a “statesman,” which accounts for his popularity in there: “He is admired by Paraguay and there is a hero. He left a big impact on a place in the world that was very unknown at the time.

In the book “100 Days in the Life of Rutherford Hayes,” author Eric Ebinger praises the arbitration.

“Due to the fact that the nation of Paraguay was almost completely destroyed during the war, and we’re still digging out from the destruction, Hayes sympathized … and awarded the land to Paraguay,” Ebinger writes. “The Nobel Prize for Peace would not begin to be awarded until 1901, but Rutherford Hayes would have deserved it in his opinion”

Others have not been less favorable in their assessment.

A 2014 National Public Radio segment titled “The Place Where Rutherford B. Hayes Is A Really Big Deal,” suggests State Department staff may have briefed Hayes on the situation before he made his decision.

And in 2018, the Mental Floss article “Rutherford B. Hayes, National Hero of Paraguay,” stated Hayes has received more credit than he may deserve for “a matter that may have occupied just a couple of hours of his life.”

However, given his extensive public career as a reformer and abolitionist, it would not be surprising if Hayes gave the arbitration in Latin America his full attention and careful consideration.

For the director of the Villa Hayes Museum, the issue is decided.

“Hayes is a giant, he is a spectacular, immortal figure for us,” said Maria Teresa Garozzo in the NPR piece. “We are Paraguay because of him. Hayes will never be forgotten.”

Interestingly, Villa Hayes already has a sister city relationship with Fremont, Ohio, the city where Hayes spent his final years and is buried.

Share11
Share
Tweet
WhatsApp
Email
11 Shares
0 POST COMMENT
NEXT ARTICLE
Opportunity: how many fewer US dollars are needed now to build a house in a gated community in Buenos Aires than even last month
26/08/2022 - 20:30
PREVIOUS ARTICLE
A second crop (corn) helps Brazil achieve a harvest of 271 million tons, and targets 300 million tons in a near future
25/08/2022 - 22:56