Why is Peru’s economy not expanding at originally predicted rate? 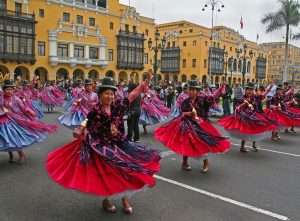 On Tuesday, official data was released showing that as stronger mining activity offset a weak month for manufacturing, Peru’s economy expanded less than expected at 4.3% in August compared to the same month last year.

The month with the second slowest rate so far in 2013 has been August. 4.6% had been the forecasted growth according to economists polled by Reuters.

Economic growth has been dampened this year as a cause of weaker mineral prices and the softer demand from major buyers liked China of Peru’s metal industry as it is a top global producer of copper, gold, zinc and silver. This has led to the Latin American country’s first trade deficit in more than a decade this year. Another downfall to the Peru’s  economy this year has been a slight decrease in domestic demand which used to help offset weaker exports.

The expansion seen in August which grew by 7.9% compared to the same month of last year was led by the mining and hydrocarbons sector said INEI, the government statistics agency.

The economy grew 4.9% in the first 8 months of this year and 5.25% in the past 12 months through August, compared to the same periods of last year.

Usually Peru’s potential growth rate is seen between 6 and 6.5% at the rate in which the economy can expand without stoking inflation too much.

In the whole of 2013 the central bank now expects Peru to have 5.5% expainsion, as a decrease from an earlier estimate of 6.1%. At one of the fastest rates in the region, last years economy grew at 6.3%.

This has sparked the central bank to declare that it may lower the country’s potential growth rate from 6.4% to around 6.2%.

The unemployment rate in metropolitan Lima for the July through September period was 5.9 percent, INEI said.