Why is Argentina as a “paradox” both to its citizens and to outsiders looking in ? 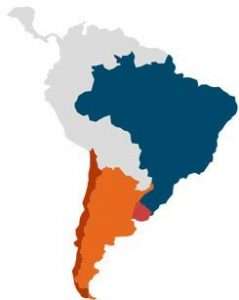 Translated from a La Nacion article by  Mariano Grondona

The dictionary defines paradox saying it is a “strange idea, opposed to common opinions and the feelings of the people.” How “strange” is the general feeling  about Argentina for Latin Americans? Is not it “paradoxical”, even to the Argentines themselves? There is a whole department of literature devoted to the successes  and disappointments of our country to those watching, sometimes with affection and admiration. Take this passage  attributed to Mario Vargas Llosa, entitled Yes, I cry for you, Argentina : “Argentina, a country that was democratic when three quarters of Europe were not, a country that was one of the most prosperous of the earth when Latin America was a continent of the starving. The first country that ended illiteracy was not the U.S., no not France, it was Argentina, with an educational system that was an example to the world. The same country that was a world leader is now impoverished, chaotic and underdeveloped, in short a disgrace to its heritage.

What happened to us? Fulfilling our role to lead to  perfection in this paradoxical country, it seems that we have endeavoured to disprove all predictions that were made ​​about our future, whether they were positive or gloomy. From 1810, for example, in an instant we destroyed the illusion of independence only to replace it with a cruel civil war that lasted four decades of anarchy until the outbreak of a new idea because, as we were  not united but battered, and almost hopeless, Argentines would give birth to the years from 1852 onwards, with the San Nicolás Agreement, the Constitution of 1853 and the so-called Generation of Eighty , a formidable period of wealth and expansion that lasted until 1930, placing us among the top ten world’s richest nations with presidents from the likes of Urquiza, Mitre, Sarmiento, Avellaneda, Pellegrini and Roca, none of which, incidentally, immediately seek reselection because, despite all being exceptional leaders, no one believed anyone was non replaceable.

By the twenties of the last century, Argentina was already in the forefront of the world. They were a big surprise to those who had stopped believing in it. Was she, at last, focused and united?

But since the military coup of 1930, when its institutions were derailed once again came another great surprise, a country that is mired in what experts call *atimia, The “atimia” in Argentina has lasted for a period equal to the peak above -80 years-until today. There, during the latter period, all kinds of political regimes: conservative, radical, military, and Kirchner Peronist but the “*atimia” was in all of them because, conversely the San Nicolás Agreement, all regimes from 1930 onwards making ​​the same mistake, since none of them created policies of  universal consensus and all sought “what’s in it for me”, which determined some years after their brief heyday, there was a universal agreement, but this time “against” them, to remove them.

From these constants, is it now possible to attempt a forecast of things to come? The history of Argentina is divided into three parts. Before San Nicolás Agreement, we where divided.  From St. Nicholas to 1930, we were united. We did very well. From 30’s until today, we are again divided. We turned down the wrong road. The conclusion is obvious. If we want to do well again, we will join in a new San Nicolás Agreement, whatever name we call it. Two short chapters which, today, we are missing. The first, foresee the possibility is of a new agreement. The second is to design it and implement it .

The “gut feeling” is that the Argentines are perhaps  moving toward a new set of coincidences that signify change. One of them is the suspicion that Kirchner aggressive totalitarian almost fascist regime  is running out of energy. The other is a fortunate occurrence of a number of unexplained signs to a brighter future . The first is the excitement of the appointment of Pope Francis ( an Argentine). A pope who lived for years in the heart of Buenos Aires, without, almost being  noticed. A sign many believe is a sign from the heavens for change.

The story traces a path not “linear” but rather a “broken line” made of times positive and others very negative like now. After going through a long period of “atimia” during which we have chosen the wrong path once again,  the Argentines have began to see various signs on the horizon giving hope. We have already mentioned the first sign of an Argentine Pope.  Agreguémosle  is another sign:  Queen Máxima, charisma, the lovely Argentine Queen. Throw in another charisma, Lionel Messi, a young man showing all the positive traits of being Argentine. Are all these signals  purely random or point to a possible resurgence of Argentine optimism, to give substance to the belief that, despite the “atimia”, there something valuable to work towards? Let hope so.

Perhaps the dominant tread of the previous generations was, in short a common enemy:  Peronism was to anti Peronism the common enemy, and vice versa. Something comparable happened with the radicals and conservatives, and the various military factions.

Our main human capital is the accumulation of our past mistakes. Our successes rarely teach, on the contrary, it can make us fools. What teaches us is the mistakes, provided we recognize and learn from them. Man is an animal wanting to learn, more than anything, from their mistakes. This is another reason for seeds of  Argentine optimism because we are paradoxical beings and our history is an endless source of wisdom that is the sum of the errors continued. Nicholas of Cusa Sage praised “the chances of Wisdom”, which are two: make the mistake and then recognize it. The sum of errors that Argentines have committed in our politics is so high that we should recognise them immediately and  ultimately lead us the edge of wisdom. This is the most valuable heritage we will leave our children, so they can reap the benefits of learning from our past.

*Atimia in Archaic Athens is a penalty characterized as“outlawry” and means the deprivation of all rights: the atimos (person sufferingatimia) could be killed without legal redress; the killer was not liable to prosecution or penalty and was apparently free of pollution. Suchatimia was tantamount to expulsion from Athens. Demosthenes cites an early fifth century decree that made Arthmios and his family (from Zeleia in Asia) atimos and an enemy of the Athenians“because he brought theMedes’ gold into the Peloponnese” to bribe the inhabitants to support the Persians (D. 9.41–5).
(Visited 353 times, 1 visits today)