Why Are So Many Americans renouncing their Citizenship and Heading South 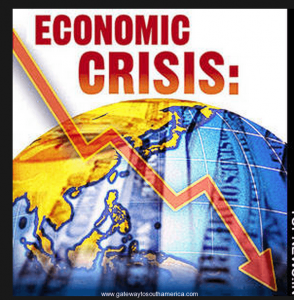 The number of Americans that renounced their citizenship was 221 percent higher in 2013 than it was in 2012 and in 2014 it could double again.  That is a staggering figure, and it is symptomatic of a larger trend.  In recent years, a lot of really good people with very deep roots in that country have made the difficult decision to say goodbye to the United States permanently.  More than a few actually go to the trouble to renounce their citizenship, but that is mostly done for tax purposes.  But most willingly choose to leave America for other reasons.

Some were very serious when they said they would leave the U.S. if Barack Obama got a second term are dismayed at how their freedoms and liberties are eroding and are alarmed at the rise of the Big Brother police state, some are absolutely disgusted by the social and moral decay that is eating away at the foundations of our society, and there are yet others that consider “the grass to be greener elsewhere”

Once upon a time, the United States was seen as “the land of opportunity” all over the globe and it seemed like everyone wanted to come here.

But now that is all changing.  As they have abandoned the principles that country was founded upon, the economy has gone steadily downhill.

In recent years, South America has been an extremely popular destination for those wishing to leave the United States to give their families a better life.

However, many areas of South America are experiencing their own full-blown economic collapse right now as well.  Recently, deteriorating economic conditions have resulted in widespread crime, looting, violence, blackouts, shortages of basic supplies, and runs on the banks in Argentina and Venezuela.  The following is an excerpt from a recent interview with Fernando Aguirre who actually lives down in Argentina…

Question:  Okay. Bring us up to date. What is happening in Argentina right now with respect to its currency, the peso?

Fernando Aguirre:  Well, actually plenty, in January 22, the peso lost 15% of its value. It ended up losing 20% of its value that week, and it has been pretty crazy since then. Inflation has been rampant in some sectors, going up to 100% in food, grocery stores 20%, 30% in some cases. So it has been pretty complicated. Lots of stores don’t want to be selling stuff until they get updated prices. Suppliers holding on, waiting to see how things go, which is something that we are familiar with because that happened back in 2001 when everything went down as we know it did.

Fernando Aguirre:  Those are our numbers in a matter of days. In just one day, for example, cement in Balcarce, one of the towns in Southern Argentina, went up 100% overnight, doubling in price. Grocery stores in Córdoba, even in Buenos Aires, people are talking about increase of prices of 20, 30% just these days. I actually have family in Argentina that are telling me that they go to a hardware store and they aren’t even able to buy stuff from there because stores want to hold on and see how prices unfold in the following days.

The big difference between United States and Argentina however is private debt is almost non existent in Argentina which means that after a currency crisis it recovers quickly unlike the US which has created a Japanese economy.