What should investors know about the Pacific Alliance? 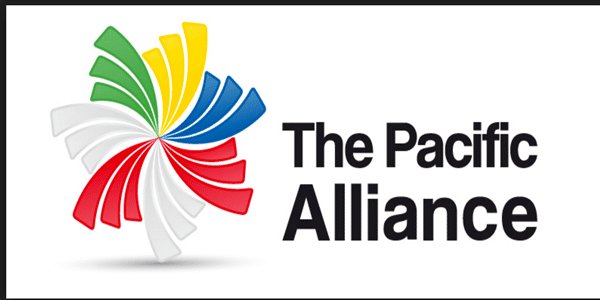 Gateway to South America on 28/06/2016 - 23:21 in All categories of countries are, Argentina-General, Brasil-general en, Chile – General, General of Uruguay, Paraguay - General, Perú-general en

It has been a challenging year for Latin America

With China slowing, Brazil’s economy is struggling and Venezuela is falling apart. One positive sign for the region is the growing momentum of the Pacific Alliance, a group that brings together Chile, Mexico, Colombia, and Peru, four of the best managed and most resilient economies in the region. These four countries have a combined population of 200 million and together account for half of Latin America’s exports and around 35 percent of the region’s GDP.

Currently each of the four economies engages in little trade with the other group members. In general, inter-Latin American trade isn’t nearly as dynamic and well linked through cross border production as trade along the US-Mexico border, but the Pacific Alliance represents an important effort to foster increasing cooperation moving forward. To get a sense of what the group means for investors I reached out to Jason Marczak, the Director of the Latin America Economic Growth Initiative at the Atlantic Council’s Adrienne Arsht Latin America Center. He is coauthor of the new report, “Pacific Alliance 2.0: Next Steps in Integration,” published by the Atlantic Council and the Bertelsmann Foundation. Nathaniel Parish Flannery: Latin America has a number of different trade blocs and multilateral organizations.

Why is the Pacific Alliance special? Jason Marczak: Probably the greatest distinction is that the Pacific Alliance is not only the most outward-looking bloc in the region but it also goes far beyond trade as well. Internal trade accounts for a very small portion of the bloc’s overall trade, and with eyes on Asia, the Pacific Alliance seeks to function externally as a unified commercial entity instead of a mere agglomeration of countries.

A key example is the integration of the four member states’ stock markets into MILA, the Integrated Latin American Market, which is now the region’s largest bourse in terms of capitalization. Another is the commercial and regulatory makeup of the bloc itself. Chile, Peru, Colombia, and Mexico all rank within the World Bank’s top 60 countries for ease of doing business. To put that in perspective, if we look at Mercosur, the trade bloc that includes Argentina, Brazil, Paraguay, Uruguay and Venezuela, none of that group’s members rank in the top 90. It’s easy to see why the Alliance has attracted 42 observer states. The bloc has liberalized 92% of internal trade, with an agreement this year to bring that number to 100.

All this is made possible by an unmatched consensus among member states regarding the importance of free trade, which has allowed for quick and efficient decision making. Politically, we’re talking about four of the most pragmatic, centre-oriented countries in Latin America. So far the group has managed to avoid the intra-organizational political issues which have sometimes hindered potential in Mercosur. Geographically, the Pacific Alliance countries occupy prime real estate. 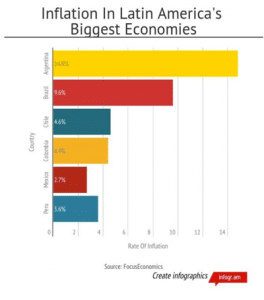 The nucleus of world trade is shifting from the Atlantic to the Pacific, and there is already suggestive talk about building ties between the Alliance and Mercosur. In that case, Pacific Alliance states could help to facilitate the enormous amounts of trade between Asia and Brazil, Argentina, and Venezuela. Shifts in Brazilian and Argentine political landscapes tell us this may indeed become a reality in the not-so-distant future. Parish Flannery: Moving forward what can we expect to see from the Pacific Alliance? Will it become a mini version of the European Union or something more like NAFTA? Marczac: We can expect some pretty significant changes in the coming years.

The Alliance’s success has translated into ever greater expectations, and the bloc is fully aware that it cannot continue to attract interest without achieving new milestones. Moving forward, one of the key areas for improvement will be increasing liquidity within MILA. Fixed income securities, for example, account for the majority of member states’ financial transactions, but are not featured on the exchange. Including them would bring a concrete boost in liquidity at low political cost. Another will be capitalizing on potential for energy integration, considering the vast—but diverse—resource reserves of member states. It would be premature to claim that the Pacific Alliance has aspirations to become a mini-EU.

Europe’s integration was born of historical reasons relating to national security, and economy followed – the Pacific Alliance is driven by economy first. Though member states have emphasized the free movement of people, goods, and ideas in addition to capital, the bloc is approaching expansion with great care. It is mindful of the risks in expanding too zealously in a region facing migration issues and trafficking of illegal goods.

The focus will likely remain more on commercial and regulatory harmonization than on socio-political integration for the time being. Still, an eventual linkage with Mercosur is certainly in the cards, and the removal of visa requirements should be compounded by cross-border accreditation of degrees and technical certifications. Parish Flannery: On a country-by-country basis what impact do you expect the alliance to have on the individual economies of the participating nations? Marczak: We’ll certainly see an increase in exports across the board, as we’ve been seeing since the bloc’s founding.

But eyes are now on diversifying and adding value. Peru, for example, stands to benefit from a scenario of Pacific Alliance deepening with the Trans Pacific Partnership [TPP] when it’s eventually ratified. The country’s considerable mineral reserves are matched by an efficient processing infrastructure, but higher tariffs on processed goods have made it more profitable to simply export raw metals.

Lifting these tariffs means Peru will be able to process its metals domestically and see its export values increase. Mexico, fully integrated into the North American supply chain, will continue ramping up activities southward. Greater Mexican penetration of South American and Asian markets will be a particularly attractive prospect in the case of TPP’s ratification. The Alliance and its success will also strengthen the case for Colombia’s incorporation into the 21-member Asia-Pacific Economic Cooperation group, and by extension the TPP. The Colombian economy has consistently proven its resilience, and greater access to global supply chains will further augment its impressive diversification.

Chile has been the most vocal about its intentions to serve as an East-West broker, with overtures to Mercosur and multiple affirmations that the country’s extensive ties to Asian markets will be a boon, not a threat, to its Atlantic neighbors. Santiago, particularly, should seize on new momentum within Mercosur member states to expand trade outward. Chile’s continued push for such a merger has the potential to be highly profitable for itself and the region as a whole.

(The following article was written by Nathaniel Parish Flannery published in Forbes on May 30, 2016)