What makes Trumps America the world’s most competitive economy? 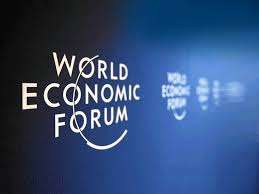 Gateway to South America on 17/10/2018 - 20:22 in All categories of countries are, Argentina-General, Brasil-general en, Chile – General, General of Uruguay, Perú-general en

Any international economic index that finds America at the pinnacle of global success is sure to invite questions around whether such success can be attributed to the actions of any one leader or administration. To apply this question to the Global Competitiveness Report 2018, let’s first take a look at the facts.

The first thing to note is that this is the first year that we have formally adopted a new methodology for measuring competitiveness. It’s a radical departure: around 66% of the indicators we use this year are new, covering areas such as businesses’ openness to disruptive ideas, the level of digital skills among the population or how flat company hierarchies are. We made these changes as we believe that factors such as these will increasingly capture the essence of a nation’s competitive strength in the future alongside the more traditional indicators such as good transport infrastructure and well-functioning markets.

The United States, as one of the world’s great innovation powerhouses, is very well positioned in this new competitive landscape. It ranks first overall in the world in three of our twelve pillars; business dynamism, labour markets and financial system. It comes second in another two; innovation (behind Germany) and market size (behind China).

This is in contrast to the US’ fortunes under the previous methodology; there, the last time it topped the Index was in 2008. An uncertain macroeconomic environment as a result of the financial crisis was only one of the factors holding the country back in the intervening years.

But even under the ‘old’ methodology, the US has been on an upward path for some years; to the point where last year it had pulled itself back to second in the rankings. This supports the thesis that many of the conditions that contribute towards competitiveness cannot simply be acquired or constructed overnight.

While 2018 marks the first time that we formerly adopt our new model for competitiveness, we actually recast our 2017 data to see how countries’ performance has varied from year to year. The US also came top of that, again suggesting that there are longer-term forces behind its ascent to the summit of competitiveness and that this year’s performance was no one-off.

It is also worth considering how we arrive at the scores of each of the 140 economies we measure on a yearly basis. Roughly 70% of the weighting in the index (slightly less of the actual number of indicators) originates from data supplied by international organizations such as the United Nations, the World Bank or the International Telecommunications Union. There is typically a 2-3 year lag between measurement and publication.

Does this mean that the US’ ascent can solely be attributed to the far-sighted structural reforms and innovations of its previous administration? The answer here is a very firm no: some of America’s strengths predate even that period. Likewise nor can we dismiss the efforts of the current administration: if 70% of the report’s weighting comes from hard data, the remaining 30% represents the views of America’s business leaders: if they are positive about America’s competitiveness then their views will be very much based on the here and now.

Competitiveness takes a long time to take root but it can be knocked down relatively quickly. 2019’s Global Competitiveness Index could look a lot different if a number of the warning signs we perceive about America become exacerbated, for example, changes in trade tariffs, falling confidence in the independence of the judiciary, growing income inequality or a more difficult environment for hiring skilled foreign talent. America’s leaders past and present can all take justified pride in its place in the world today; the real challenge lies in maintaining this position tomorrow.