What is the most important thing that a person/company should consider if they want to invest in Uruguay? 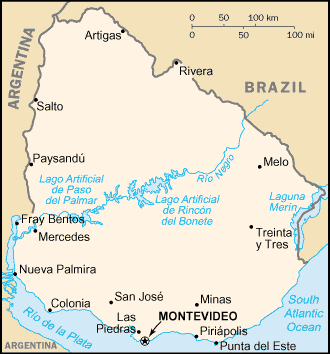 Gateway to South America on 09/12/2022 - 00:16 in All categories of countries are, General of Uruguay, Uruguay Farms, Uruguay Lifestyle, Uruguay Residential

Beyond the emotional elements, the investor must analyze each country’s advantages. Investors are becoming more aware that foreign investment competition is fierce among countries, especially those located in the same geographic area; therefore, comparing the benefits offered by each country is an excellent idea to finally decide the best option for your circumstances.

The American Nobel prize winner, Milton Friedman (economist), said,” Investors in the current context are like consumers; they have benefited because of the intense competition faced by countries, which compete to capture those who want to invest.”

Thriving economies seek to look more attractive than their neighbours for investors, and that way, they’ll get more investments, making significant efforts such as; having low taxes, a low cost of labour, high productivity and a functioning social security system, reducing paperwork, giving it the ability to expand its domestic markets through free trade agreements, among others.

Unique commercial entities
Tax-Free regions
Reasonable Taxes
Labour laws
Social security
Special tax promotions are offered by the government from time to time.
Financial system: Special credit lines available
Capital markets: Especially as a way of funding an alternative to banks
Consumer protection
Competition’s Control and  industrial and intellectual property
The Time zone between the United States and Europe is a good complement for delivering global services
Uruguay has a high standard of living, an agreeable climate and environment, and a high educative level

Uruguay’s advantage in the first place is its privileged location in America. Montevideo is the administrative capital of MERCOSUR and is located close to the major cities of South America. It is half an hour from Buenos Aires and two hours from Sao Paulo and Santiago de Chile.

It has maintained, throughout its history, a political, social and economic framework of comparative stability. It has a legal framework demanding compliance with the standards and conventions (UN, EU, OECD, among others) while conforming to the legal systems of the most modern world.

Its population has one of the highest levels of culture in Central and South America, very similar to the more advanced countries of the world. Despite the crisis experienced in 2002, income per capita distribution is still showing a positive increase which distinguishes it from some of the other countries in the region. (the extremes of rich and poor)

There are other more specific points that the investor must analyze, given by the regulations that the country offers, which we can highlight the following aspects:

What are the advantages offered by the country to the investor?

The country offers political, economic and social security. Over its history, the stability has been unblemished; it has fulfilled its obligations unreservedly. Because of this, it has earned a high reputation and respect in the region and the world. Although it has a limited domestic market, unlike Brazil and Argentina, to integrate MERCOSUR, production units of the country can access its neighbours with no tariffs.

In addition, Uruguay has signed a trade agreement with Mexico that allows Uruguayan products access with minimum tariff rates, making Uruguay an ideal country to become a platform for production exporting in the region.

With the above advantages, we think a client’s market analysis for the costs of labour, social security, taxes, government services and financial costs are more than competitive with other options offered in the region.

GTSA can offer a range of customer services for potential buyers that will enable a smooth transition for any new investment. Amongst the choices, we have the following.