Wealth Disparity is condemning our young people to poverty 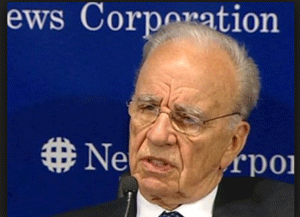 A plea to reduce social inequality has come from media mogul Rupert Murdoch a successful Australian business person in an outspoken contribution to the debate over Wealth Desparity.

More surprising is that he made the appeal to a top-level meeting of G20 finance ministers and central bankers in Washington DC at the request of Australian Treasurer Joe Hockey.

He warned them their policies have caused a “massive shift” in societies to benefit the super-rich with a legacy of social polarisation.

In speech notes published by his newspaper, The Australian, Mr Murdoch says “the ladder of generational progress” is now at risk in the developed world and that a moment of “great global reckoning” has arrived.

He says, since the 2008 global financial crisis, leaders have made the mistake of responding to the domestic “political outcry” instead of devising long-term structural reforms to restore economic confidence, investment and innovation.

The upshot is the sacrifice of a generation of young people.

According to The Australian, this is the first time an outsider has addressed a G20 meeting. Australia chairs the group of the 20 biggest economies and is hosting this year’s leaders’ summit next month in Brisbane.

Mr Murdoch says “the verdict was still out” on the great quantitative easing experiment – under which central banks put more money into economies by buying securities – “but we already know that one result has been greater inequality.”

As well as newspapers in Australia, the US and the UK, Mr Murdoch also controls 21st Century Fox, a film studio, and has extensive TV interests around the globe.

“In America, the most highly paid 1% now pay 46% of all income tax,” he says. “In Britain, the top 1% pay 28% of all income tax. That is a massive shift from what our society looked like 30 years ago. We should all be concerned about this polarisation, which was never the intent of policy but is certainly a consequence.

“Quantitative easing has increased the price of assets, such as stocks and real estate, and that has helped first and foremost those who already have assets. Meanwhile, the lack of any real wage increase for middle-income workers means growing societal divisions and resentment.

“This is one of the core lessons of my professional life – I have seen many politicians who have the best of intentions but who deliver the worst of outcomes.”

In his nine-page speech, Mr Murdoch outlines the limits to both monetary and fiscal policy and the imperative for a new approach based on the need “for government to get out of the way.”

He calls for: labour market reform, lower and more competitive corporate taxes, a crackdown on multinationals (such as Google, which he singles out for an attack over copyright) for not paying taxes where they make their profits, a rethink on excessive bank regulation, warning “you would have to be mad to join the board of a bank these days;” and recognition that high taxes and over-regulation are damaging economic growth and the public interest.

He says the world is shifting “from an industrial society to an information society” that will create new opportunities for entrepreneurs and private-sector growth.

The burden of these failed policies are falling on young people. The lack of opportunity for the next generation is “especially troubling” along with the “inevitable social and political upheavals to come.”

This was because the unemployment rate for people under 25 years in the US is 13% and 23% in the eurozone (and twice as high in Spain and Greece and parts of France and Italy).

Mr Murdoch joins a growing list of business leaders who have challenged global policy settings while setting out prescriptions that run counter to interventionist governments.