The foreigners will take our jobs away! Only the Nicaraguans will come! You can’t build a Silicon Valley without venture capital. These were just a few of the arguments from opponents of a government program I helped create in 2010 to boost local entrepreneurship in Chile. The program, called Start-Up Chile, seemed crazy at the time. Give $40,000 to startups led by foreign entrepreneurs to move and set up shop in one of the most magnificent countries on this planet for six months—no strings attached. The government would also provide free office space, help them settle in, and connect them to investors and mentors. 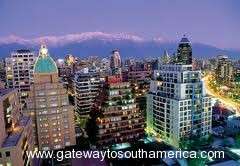 The bet? That foreigners would create a mini-Silicon Valley by bringing fresh ideas and providing locals with connections and encouragement to take risks. No experiment like this had ever been tried before. The common recipe for building a regional innovation hub is to construct a science park next to a research university and provide lavish tax breaks to industry and investors to locate there. The trouble is, none of the hundreds of these top-down efforts anywhere in the world—including the handful in Chile—have produced the promised results.

But Start-Up Chile has exceeded expectations. The biggest concern about the program was that no entrepreneurs, other than those from poorer Latin American countries, would want to move their startups to a remote place like Chile. To date, Start-Up Chile has received more than 1,600 applications from 70 countries, with the most coming from the U.S. Nearly 500 entrepreneurs have participated in the program and there are now 220 foreign startups in Chile that employ 180 locals and 143 abroad. The first batches of foreign startups have raised $8 million in venture capital financing from firms in Argentina, Brazil, France, the U.S., and Uruguay.

Most important, Silicon Valley-style entrepreneurship has been spreading in and around the South American country. The events I saw during my last two trips to Chile were at least as dynamic as those that happen in the Valley every night. The entrepreneurs had organized themselves into tribes to share their knowledge with locals on diverse topics, from biotech to social media. Participants were sharing product ideas and business plans and building networks. Many told me that they had never imagined they could get this type of assistance and were considering starting companies.

Kauffman Foundation Vice President of Innovation Lesa Mitchell, who is researching the program, recently told me it’s a unique model other regions of the world should emulate. She has been advising leaders from more than two dozen countries, from Australia to Venezuela, on how to replicate the model.

Of course, locals did complain loudly—not because the program had fulfilled their fears, but because they weren’t part of it. Chilean entrepreneurs saw tremendous value in having access to global networks and in the knowledge they could gain. They demanded to be part of the action. So in July 2011, the government opened the program to them, waded through a flood of 600 applications, and selected 80 to participate. Now, with an annual budget of about $15 million per year, Start-Up Chile has convinced me it will keep replicating the magic that happens when you focus on nurturing people rather than industry.