View Systems, Sannabis, the Only Company Planting Cannabis in Uruguay this Season 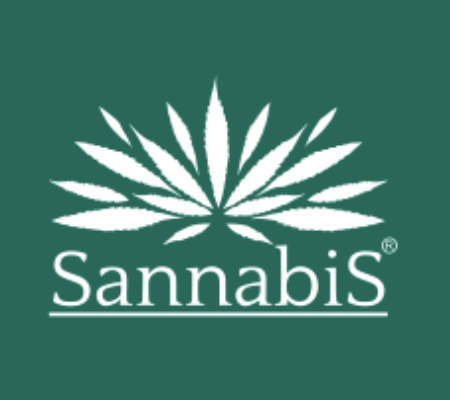 The company President applies to U.S. for a permit to import this raw hemp into the United States to be transformed into many different products while they get their transformation licenses in Colombia and Uruguay. They anticipate over 100,000 POUNDS and 3 Metric Tons of seeds with good oil content will be available in 45-60 days.

View Systems, medical marijuana and hemp subsidiary, Sannabis S.A.S. (“the Company”) provides an update on their hemp operations in Colombia and Uruguay. Sannabis aims to become a reliable supplier to Hemp/CBD companies from around the World seeking to penetrate their local markets.

Sannabis announced in November they had successfully imported seeds through Uruguay’s Customs and Agriculture Departments. Last month they announced they began planting those seeds. Today they are pleased to announce the plants have begun to sprout impressively in the first month. The first plot was planted December 18-24, the second plot was planted Dec. 26-31, and the third plot Jan. 3-10. The fourth plot was planted from Jan. 13-17. In total, the Company has planted 6 hectares (15 acres). Sannabis’ license is one of a very few issued for unlimited acreage.

The first seeds planted have grown to over 4.5 feet in 4 weeks. Sannabis hand-planted seeds versus replanting clones for a much better premium product.

View Systems’ President John Campo, and Sannabis Director Juan Paulo Guzman, will be travelling again to Uruguay to meet with members of Parliament to assist in the development of their nascent hemp and medical marijuana industry. They will also be meeting with local partners to apply for a transformation license and to also begin distributing their “Made in Colombia” products in Uruguay for entry into neighbouring countries, Brazil, Argentina, and Paraguay.

The datasheet for the seeds they planted in Uruguay states a crop of 10-12 Metric Tons of hemp biomass. They’ve planted 6 hectares so far for an expected crop of 60-70 Metric Tons or 132,000 to 154,000 POUNDS. The Company had anticipated planting another 4 hectares but have opted instead to wait until next season in September. They will be installing greenhouses instead in the meantime to grow hemp flower for the export market.

Last week the Company President applied for a permit from the USDA to import this hemp from Uruguay to the U.S. The Company has also learned of other countries able to import hemp and will sell to the highest bidder.

To view pictures and video of their Uruguay crops from Dec. 18 to now, click here.

Sannabis is a pioneer in the hemp/medical marijuana space in Colombia, making products since 2014 through their indigenous partners, and was an integral part of the legalization movement for over 20 years, even assisting in the drafting of medical marijuana legislation under former President Santos. The Company will be providing a significant update on their Colombia operations, highlighting their new product line, medical centres, and mass distribution initiative through thousands of direct sales consultants backed by licensed physicians. They will also provide an update on their seed bank, cultivation, and transformation licenses in Colombia.

Sannabis is rebranding their former product line with products that are all registered with INVIMA, Colombia’s Health Authority. To view their previous catalogue with product data sheet and Vademecum, click here. For a timeline of Sannabis’ 20 years socializing cannabis that eventually led to the legalization of medical marijuana in Colombia, visit https://www.sannabis.co/labor-social