Valle de Uco continues to experience a huge boom- what challenges do they now face? 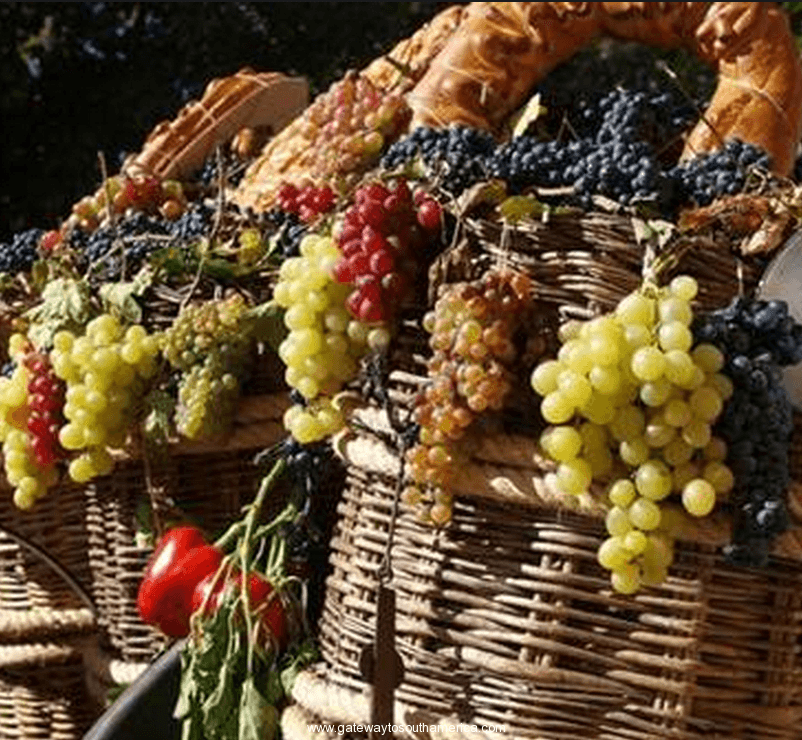 Gateway to South America on 18/11/2013 - 12:55 in All categories of countries are, Argentina Lifestyle, Argentina Mendoza, Argentina-General, Argentine farms, Lifestyle Properties in Argentina

During 2013 the Valle de Uco area continued to generate news of real estate investment, specifically hotels and ‘owned farm’ projects. The value of the land continues to grow especially with the area being cultivated with vineyards. In the last 10 years, the value has increased a huge 96%.

With each project that is advertised in this area, they talk about values in the thousands, hotels going from between 10 to 50 million dollars, houses on range estancias that are valued at a base level at 400 thousand dollars, projects including ski centres, airports and heliports. With such attention on that area and several projects underway, the cultivated land (with grapes, preferably malbec) the land spent a few years with an average value of 35,000 dollars per hectare.

Is this reality or just a bubble? It is still too early to know for sure. What is for sure it that the area covered by departments of Tununyan, Tupungato and San Carlos, where the only ones in 2013 that continued to generate attention and news of investors, particularly foreigners, in tourism services, wine country clubs and the currently fashionable “owned farms”.

Growth, as always, brings with it problems, limitations such as water, which in some areas are still insurmountable-, the ordering of land as a challenge and, given the demand, lack of skilled labour to accompany service ventures.

The wine – the driving force

San Carlos is in the triad of the department that has the most amount of vineyards. According to the latest report by the INV Surface Evolution with Vines in 2012, the department has 628 vineyards, while Tunuyán has 370 and Tupungato has 558. The latter town is the largest area cultivated with vines, reaching 9,105 hectares, while Tunuyán and San Carlos have 8,300 and 8,000 hectares respectively.

In total there are 25,405 hectares, reaching 16 % of the area planted with vines in the province. What is interesting is that in 2000 the vineyards totalled nearly half, which is a nearly 100% growth in just a decade, something that did not happen in the rest of the province, where the vineyards decreased by eradication at the expense of increased urbanization.

Alberto Pont, land director of Tununyan confirmed that following a meeting for his region last week, it was found that it was these two areas, real estate development as a result of the wine and implementation of new acres of malbec vineyards – was what moved the needle of investment for the municipality.

“If we have to quantify we would have to wait until the end of the year to finish some surveys, but today we know that the hotel capacity has increased fivefold, with first-class hotels, 4 and 5 stars and projects up to 7 stars. The economic impact is very big.”

It is difficult to accurately measure the impact, estimations based on statistics taken from different sources discuss investments for 10 billion dollars in the last eight years. “It’s very hard to quantify exactly, but in this figure, we include real estate projects, hotels and wineries, everything related to wine.”

Still in an embryonic stage of construction and design, however, the entry services still don’t strongly impact the PGB of the department. “The primary production – of fruit and vegetables- is what weighs the most in the total activity of Tunuyán with 40% and in Mendoza, it’s 7%. The services still don’t heavily impact the PGB, although that is the challenge, now it weighs 10% and we want to succeed in increasing and changing the balance” said Pont.

Juan José Giménez, Tupungato tourism director, admits that investment announcements of 4 and 5-star hotels are a result of enthusiasm for the department, but the plans have not yet been submitted to the municipality.

Lo de Atamisuqe is the strongest, in Estancia Palma, and the Villa de Montaña, on Route 86. They talk of a mountain hotel with special features, these projects would be concreted around 2015 but they have not yet submitted the plans.

The company Masi has also said it will build a hotel in El Nudo (Route 89, where it recently opened a restaurant), but they are news reports that have not yet materialized into plans. “There is another project by the owners of Bodega La Azul, with money from the Fund for Transformation and Growth for a boutique hotel, but construction has not yet begun,” continued Gimenez.

Opposite the town square on Calle Belgrano, the construction of a 2-star hotel with 20 bedrooms is underway, as well as the extension of Hotel Italia, which will enlarge their 3-star rooms and special rooms which will be finished by 2014.

Gimenez mentioned, without counting the announced high-class accommodation, in five years the tourist services grew 80% in Tupungato and they estimate that next year will end with a capacity of 500 beds for tourism. For the area, the long weekends have around 2,300 cars on rutas 86 and 89, to Manzano Histórico, constituting a major and important tourist flow.

“We are trying to improve infrastructure and tidy up the gastronomic routes. Additionally, we are doing a thorough survey to achieve the legalization of providers, ending in 2014,” said Director of Tourism.

The productive triangle Campo los Andes, Vista Flores and Los Árboles, is what ties together in Tunuyán most of these new ventures, linked to wine and tourism. In these areas, there are still several plains which do not have water. Such as in the Chacayes district, one of the most precious areas in terms of their soil and climatic conditions for wine cultivation, where the limitation of water is one of their main impediments.

“The authorization of wells is still closed for irrigation. About a month ago they requested a new emergency declaration, therefore we assume that there will be no authorization of wells this year,” said Pont as he continued “At some point, they will have to enable a well to be built because this is the huge limitation that we have in the way of investment growth. Nevertheless, this is still a technical question which is beyond us. The current underground studies show that we are almost irrigating with mineral water, due to the depth of the wells it’s mineral with low salinity. In this sense, the cultivation conditions for wine in Tunuyán are exceptional.

Another issue is related to the border limits and protected areas. “The whole mountain range is a protected area to stop mining projects within a provincial park. Therefore, if you build within those limits one must comply with environmental requirements. However, this does not affect private property. There are owners who have part of the mountain range, they do not touch those rights, but they are required to comply with the strict environmental standards for any activity,” said Pont.

In Tupungato, protected areas are an area to navigate by the municipality, which wants to increase the tourist flow. Juan José Giménez told Los Andes that is working to generate a management law in the protected area at the beginning of the Glacier Plomo at the base of the volcano Tupungato.

“The area from Laguna del Diamante to Cerro el Plata was declared a protected area a year and a half ago, but it does not have a management law and therefore permission is not needed for climbing or approximations, something that is of vital importance to attract adventure tourism, as Aconcagua does.”

“Laguna del Diamante has its law, but the idea is to have a standard in order to be able to have adventure tourism and so that these places remain open for a longer period of the year, for trekking and hiking in the mountains such as on Maipu and Tupungato. An agreement has been signed with the Ministry of Defense to have rangers in this area to control the entrance, the widest high mountain path in Argentina, which would be from Laguna del Diamante to Horcones. Therefore, we are working to allow entry in the provincial Parque Tupungato which is currently in possession by the 11th infantry regiment,” he said.

Ski centre and their own airport?

Two projects generated a lot of expectations this year in the Uco Valley. One is the Ski Center of Cerro Punta Negra, which those who have invested in Route 94, on the way to Manzano Histórico, anxiously wait to have the plans set. According to sources (off the record), the construction of the ski centre has already been approved and they will begin to do the feasibility studies in the coming year.

The Punta Negra hill is situated in Tunuyán about 96 km southwest of the city of Mendoza and it’s highest point measures 4,361 metres. With its height and eternal snow, it is one of the few places that can be skied in during the spring. Currently, in development, they also announced in the same place a project for a 4-star hotel situated 4,100 metres up with 24 bedrooms.

The other is the construction of the airport in Tupungato. First, it was announced that it would be in the Gualtallarí area, but the project was not approved by the Air Force. Since the municipality of Tupungato confirmed that the October 29 it went to parliamentary state the project of expropriation of approximately 180 hectares that are aimed to be used for the construction of the airport. They are in the Cordon del Plata district, between Tupungato and Tununyan.