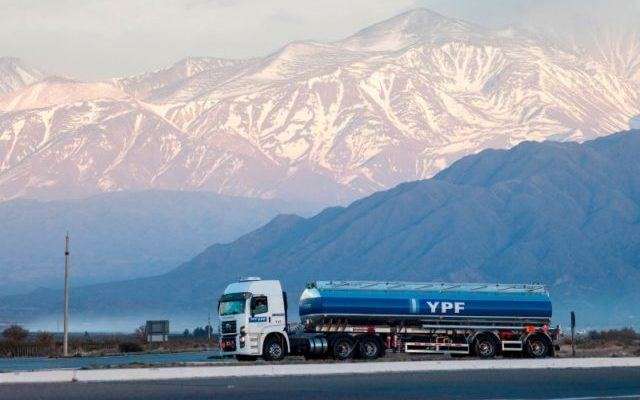 Neuquen, the most productive oil and gas province in Argentina, saw oil production surge 23.4% to 160,445 b/d in December year on year, led by the development of the giant Vaca Muerta shale play, Governor Omar Gutierrez said.

“In 2019, around 30,000 additional barrels per day were produced, allowing us to reach values not reached since 2005,” he said in a statement late Tuesday.

The shale oil blocks that posted the most growth included two operated by the country’s state-backed YPF: Bandurria Sur with Schlumberger and La Amarga Chica with Petronas. The other top developments were ExxonMobil’s Bajo del Choique-La Invernada and Tecpetrol’s Fortin de Piedra, the governor said.

Crude production was up 2.9% in December from November, when it averaged 155,894 b/d, according to data from the province’s Department of Energy, Mining and Hydrocarbons.

Oil companies are betting on Vaca Muerta, one of the world’s biggest shale plays, for production growth, helping to compensate for declines from maturing conventional reserves around Argentina. Most of the operators are focused on the oil window for the higher prices and export potential compared with natural gas.

Argentina is running a surplus of oil with national production at 514,000 b/d, which is above the 500,000 b/d average demand, and Vaca Muerta has about 250,000 b/d of pipeline capacity that can be put online without building new lines.

SLOWER GAS GROWTH
By comparison, a surge in gas production, also led by Vaca Muerta, has created a glut of supplies, depressing prices to breakeven levels at some fields. Nor can producers increase production from Vaca Muerta because of a transport bottleneck.

A new pipeline, estimated to cost around $2 billion, must be built to increase output from the play in northern Patagonia, a project that has been delayed already twice by the federal government.

As a result, gas production rose at a slower pace, increasing 10.7% to 69.4 million cu m/d in December year on year and rising only 0.8% from November, Gutierrez said.

Most of the shale gas production growth came from Tecpetrol’s Fortin de Piedra and Loma Ranqueles as well as Pluspetrol’s La Calera and YPF’s El Orejano, the latter a venture with Dow Chemical, the governor said.

Gutierrez said that of the province’s total hydrocarbon production, 71% of the oil was unconventional, mostly shale, and 69% of the gas was shale and tight.

Vaca Muerta is helping to pull the country out of a nearly two-decade decline in oil production, which bottomed out at 479,000 b/d in 2017, according to data from the Argentinian Energy Secretariat. The country produced a total of 514,002 b/d in November, up 3.6% year on year, according to the latest national data.

Gutierrez made the comments during an official visit to Spain this week, where he was to meet with representatives of Chevron, Shell, Norway’s Equinor and France’s Total, some of the biggest investors in Vaca Muerta.