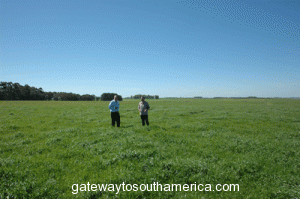 Uruguay’s Supreme Court has thrown out a controversial tax on large land holdings in the South American beef and soy producer, saying on Saturday the levy introduced in 2011 was unconstitutional.

Justices thought the new tax overlapped with existing ones collected by local governments, said Raul Oxandabarat, a spokesman for the court.

Leftist President Jose Mujica, a former guerrilla fighter who has broadly maintained the moderate economic policies of his predecessor, said before the ruling that he would accept the court’s decision – but mentioned that if the tax were struck down it might be worth trying to reform the constitution.

“Legally we will abide by the ruling, but we think the tax is profoundly defensible from an ethical standpoint,” he said on his weekly radio show on Thursday.

The country’s farm lobby criticized the tax and more than a hundred companies from the farm sector presented complaints against it to the judiciary.

The ruling could prompt the government to look at other revenue sources as the special levy was expected to bring in about $60 million this year – mainly for rural infrastructure projects.

The tax imposed progressively higher rates on farms with 2,000 or more hectares (4,940 acres), depending on their levels of productivity. The sliding scale started at $9 a hectare, rising up to $18 for farms larger than 10,000 hectares (24,710 acres).

Lofty global grains prices have led foreign investors such as Argentine-based agricultural companies El Tejar and George Soros’s Adecoagro to invest in farmland in Uruguay, which is one of the region’s most stable nations.

The country has also drawn foreign forestry investment from companies such as Finland’s Stora Enso and Chile’s Arauco, a unit the Copec industrial conglomerate.