Uruguay’s COVID 19 success: ‘But we cannot cry victory just yet’ 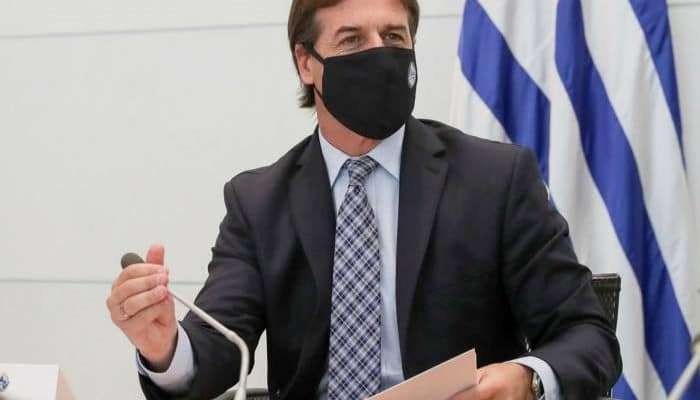 After attending a high society wedding earlier this year with more than 500 members of Uruguay’s elite, a well-known interior designer — just returned from trips to Madrid and Milan — tested positive for Covid-19.

The dramatic news was splashed all over the newspapers of the country whose windswept Atlantic beaches are a favoured party destination of the international jet set. The gravity of the threat posed by coronavirus quickly sunk in for both the government and the 3.5m population of the South American country.

“They’re ruining my brand. They say I’m a terrorist that brought the virus to kill the whole world,” complained Carmela Hountou, the designer, at the time.

Three and a half months later, Uruguay, despite having one of the oldest populations on the continent, is almost the only country in the region — together with isolated Paraguay — that appears to have the pandemic under control.

“You cannot impose what you cannot control. We appealed to social responsibility, and this was respected on a mass scale.Daniel Salinas, Uruguay health minister

To the north, in Brazil coronavirus is spreading rampantly, with one of the highest death tolls in the world. To the south, what is one of the longest and strictest lockdowns on the planet is throttling Argentina’s already floundering economy but failing to flatten the curve of new infections.

And Chile — often held up as a paragon for the region for its sound public administration — now has the world’s fourth highest death rate per 100,000 population after a disturbingly rapid rise in infections, according to data from Johns Hopkins University.

In contrast, in far smaller Uruguay — which is also favoured by a low population density and much lower inequality and poverty — only 25 people have died of coronavirus, with just two deaths in the last month.

“We cannot cry victory just yet. We have to stay alert,” said Daniel Salinas, Uruguay’s health minister. Last month, President Luis Lacalle Pou was briefly quarantined before testing negative for Covid-19 after meeting with an infected official from the town of Rivera on the border with Brazil, where the death toll has spiralled above 50,000.

Most agree that Uruguay’s strong public health system has helped it combat the pandemic. After 15 years of rule by the centre-left Broad Front coalition that invested heavily in the health sector, Uruguay has one of the highest numbers of hospital beds per inhabitant in Latin America.

Although the 46-year-old Mr Lacalle Pou’s centre-right coalition took office less than two weeks before the outbreak of the pandemic, after the Broad Front lost last year’s presidential election, the new government’s rapid response was decisive.

Mr Salinas highlights the government’s swift appointment of a scientific commission to lead the response and the establishment of 24 laboratories capable of carrying out tests, enabling Uruguay to bypass international supply bottlenecks for testing equipment. Some 400,000 of Uruguay’s 3.5m population downloaded an app providing coronavirus guidance.

In addition to its health policies, Mr Salinas points to the success of policies to provide economic and social support to vulnerable groups as well as the decision not to implement a strict lockdown. While borders were shut and large gatherings banned, schools have now reopened.

“You cannot impose what you cannot control. We appealed to social responsibility, and this was respected on a mass scale,” he said of the government’s systematic campaign to encourage people to stay at home, wash their hands and wear face masks.

“People were treated like adults, and they reacted accordingly,” said Adolfo Garcé, a political scientist, approving of the “responsible freedom” citizens were allowed to exercise — a halfway house between the strict lockdown in Argentina and the laissez-faire approach adopted in Brazil.

The new government’s competent response was helped by the fact that it was still enjoying a political honeymoon. With its authority still intact, Mr Garcé points out that opinion polls suggest almost 80 per cent of Uruguayans approve of the government’s handling of the crisis. A well-educated population, stable democracy and strong institutions also helped.

As a result of all this, the economic impact of the coronavirus crisis may be much lighter than elsewhere in the region. After five years of slow growth in Uruguay, Gabriel Oddone, a local economist, expects the economy to contract by just 3.7 per cent this year, about half the size of the recession forecast for neighbouring Brazil and Argentina.

Although a hefty fiscal deficit has limited the government’s capacity to spend its way out of the crisis, Mr Oddone expects the government’s fiscal stimulus package to amount to about 3 per cent of GDP. That compares with 8 per cent in wealthier Chile.

A quick rebound — with growth expected to return by the fourth quarter — could help Uruguay to emerge even stronger, if Covid-19 remains under control, said Mr Oddone: “Montevideo could even become the regional business hub it has always wanted to be.”