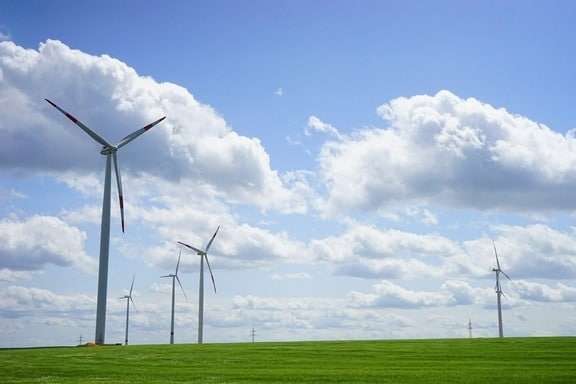 Gateway to South America on 07/11/2021 - 08:05 in All categories of countries are, General of Uruguay, Uruguay Farms, Uruguay Lifestyle, Uruguay Residential

Uruguay’s Economy Minister Azucena Arbeleche has told the Energy Forum for the World Beyond Carbon, which was an event within Glasgow’s COP26, that her country was one of the most prominent in terms of renewable energy.

Arbeleche made those remarks Thursday before the Forum which aims to promote actions to gradually eliminate coal energy worldwide.

In her speech, the minister explained that in the last decade Uruguay has deployed different instruments to promote private investments in wind energy. As a result, the country today generates 97% of electricity through renewable sources, of which almost 40% is hydroelectric energy, 30% wind energy, 25% biomass, and 2% solar energy.

Arbeleche also pointed out that Uruguay was undergoing a “second energy transition” based on the substitution of fossil fuels in transport, with the subsequent adoption of electric vehicles, for which the Government was granting economic incentives. She also announced Uruguay was working on a first pilot project for heavy transport of goods powered on green hydrogen.

The Uruguayan Minister currently heads November 1 the Development Committee of the World Bank and the International Monetary Fund.

She also told Glasgow attendees that the global climate emergency demanded immediate actions and long-term solutions. “We need transformative changes,” she said. She added that emerging markets and developed countries will need trillions of dollars in additional investment annually over decades to develop green energy and climate-resilient infrastructure. “The announcements and commitments, if they are not accompanied by actions and accountability, are mere words,” she pointed out.

Arbeleche insisted developed countries must strive to fulfil their commitment to deploy the promised resources and that developing countries need to show that they are concerned about climate change and take credible actions.

The minister also said she favoured concrete incentives for countries and that sustainable policies
should be rewarded. “Countries that meet their commitments and show good environmental performance should pay lower interest rates, thus freeing up resources for more ambitious goals,” she stressed.

The official also announced the Uruguayan Government was developing a sovereign bond indexed according to sustainable indicators and suggested loans from multilateral institutions should also add environmental items to their financial operations in the form of indexes, with different financing costs depending on the contribution of the countries to global public goods.