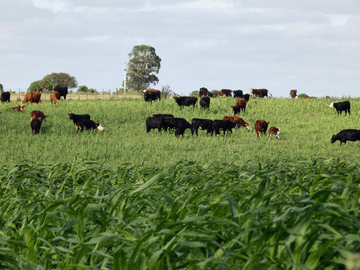 Holders of entities that want to buy fields, in addition to natural persons, may also be legal identities ie Trusts, Funds etc

The draft urgent consideration law includes changes in the acquisition of rural properties and agricultural holdings, since in addition to the entities that can currently acquire fields, those that have among their partner’s legal entities.

Until now, entities that want to buy farms must be represented by “social quotas or nominative shares whose ownership is entirely accountable to natural persons”. In the event that they were not natural persons, the Executive Branch may currently make an exception to the requirement of the entities to approve the purchase.

With the draft submitted by the new government, entities owned by legal entities are also included in this possibility, as long as their actions are nominative. In this way, the authorization of the Executive Branch is eliminated.

Guyer & Regules’ partner, the scribe Federico Susena, explained to The Observer that this is a “flexibilization” that “removes barriers to entry that exist today for foreign legal entities, as well as pension funds from abroad”, who have to seek authorization from the Executive, a process that can take between three and nine months.

If the draft was to be upheld, “it would be enough for them to constitute (foreign legal persons) a nominative local society,” Susena said. “There is significant savings in structuring and permits to own rural real estate,” he added.

In nominative societies, Susena explained, you always know who the shareholders are. Otherwise, the communication about who the holders are is made exclusively to the Central Bank of Uruguay (BCU) and does not take public status.

It also noted as a positive to eliminate the “discretion” of the Executive to grant exceptions.

This change, according to Susena, “goes much more in line with the law of money laundering.” “Previously, a company with bearer (non-nominative) shares was allowed if authorized by the Executive.”

In the same vein as Susena expressed himself the specialist in the fight against money laundering, the lawyer Leonardo Costa, who assured The Observer believes that the changes introduced by the draft urgent consideration do not impede the provisions of the money laundering law, since in any case companies must “declare who is the final beneficiary”.

“This change is more about land policy, that ownership can be in the hands of legal entities. In addition, today bearer actions in Uruguay, with the law of final beneficiary, is more a title than a reality,” he said in relation to the declaration to be made to the BCU.

In addition, studio partner Brum Costa said that “what matters is who is behind the legal structure,” something that is covered by requiring that companies with nominative shares.

“The authorization of the executive branch was a regulatory issue that they ended up saying that yes generally and complicated the investment, it did not have a real sense, it more responded to an old concept that the land had to be in the hands of nationals and natural persons”, concluded Brum.