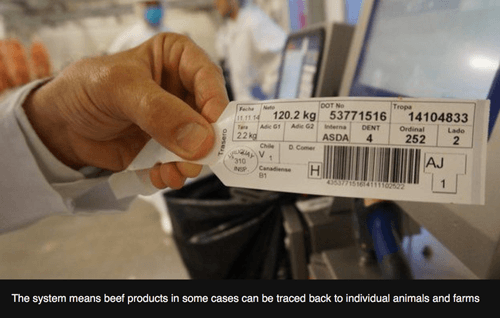 Gateway to South America on 06/04/2016 - 22:12 in All categories of countries are, General of Uruguay, Uruguay Farms, Uruguay Farms

Uruguay is sometimes described as “one big farm”. It’s a country, albeit a small one, where cattle outnumber people by four to one and farming is the most important part of the economy. 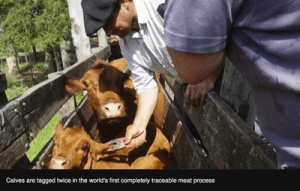 Like their fathers and grandfathers before them, Roque and Lindenberg are gauchos, or cowboys, effortlessly herding cattle on their modest ranch just north of Montevideo, Uruguay’s capital.

But this is today also a land of high-tech cowboys, where the laptop is as important to these farmers as their horses.

In this nation of 12 million cattle, but just three million people, an outbreak of foot and mouth disease in 2001 threatened to devastate the livestock industry.

The government had to act.

Several years later, Uruguay is now the only country in the world with a completely computerised traceability system – meaning consumers at home and abroad know exactly where their beef comes from and how it was raised.

I watch as, just days after being born, some 20 small Hereford-Angus crossbred cattle are herded though a small wooden gate. 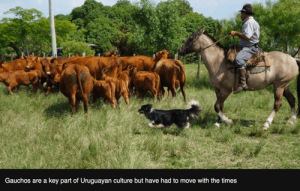 Roque leans over the top of the pen and “staples” two plastic tags to the calves – one in each ear. One is a purely visual number tag, the other contains a readable chip, which contains all manner of information about the animal, its age and its provenance.

In a world first, all cattle in this country are now electronically tagged at birth in the first completely traceable meat process.

The system has already cost Uruguay U$70 million ($3m; £1.9m) to implement but it has helped to reinforce the country’s reputation as the world’s premier supplier and producer of quality beef.

Maria Nela Gonzalez is a qualified vet and is also the Director of the National Livestock Information System – part of Uruguay’s Ministry of Agriculture.

“Our system is completely secure, because every single producer takes part – from the farmer with just two cows, to those who have 2,000, or even 20,000 head of cattle,” she tells me.

“It’s also free, paid for entirely by the state.”

Accountability and transparency do not stop at the farm gate. 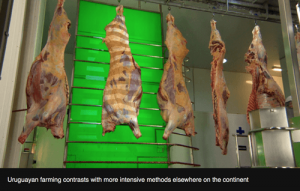 As cattle arrive at the processing plant, their identities and where they come from stay with them throughout.

British businessman Terry Johnson made his fortune in the UK meat industry, building abattoirs and meat processing plants in the West Country and Wales.

The man who learned his trade as a 15-year-old in London’s famous Smithfield’s Market told me how he tried retirement but, when that left him frustrated, he built this state of the art processing plant right in the heart of the Uruguayan “campo” (field).

Batch traceability is required by law and, in some cases, computer-controlled tagging means that individual cuts of meat can be traced back to a single animal and the farm it came from.

Food security is a global issue and Uruguay is setting the example, says Mr Johnson.

“There’s no messing about here. It’s the law and everyone’s bought into it,” says the former amateur boxer who’s seen plenty of short cuts and skullduggery in an industry where quality sometimes comes a distant second place to economy.

The famous “parillas” (grills) of Montevideo’s old market sizzle with the sound of meat.

But pursuing such a high-end policy is a gamble for this small South American nation whose agricultural exports are dwarfed by its giant neighbours, Argentina and Brazil.

While farming in those countries is increasingly intensive, Uruguay has gone the other way.

The vast majority of its cattle are reared naturally on grass and it is banking that worldwide concerns about contaminated meat or diseases like foot and mouth mean consumers will become increasingly selective in what they buy and from where.

At the current rate, there is little need for the cowboys to worry or to abandon their traditional lifestyles – Uruguay’s beef exports were worth more than $1.5 billion last year.

Here, knowing where your meat comes from is a legal right.