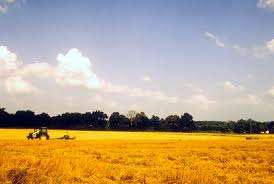 President Jose Mujica last Monday during the cabinet meeting presented a fiscal proposal, elaborated with the head of the Planning Office which considers three main brackets: over 2.000 hectares, 8 US dollars per hectare; over 5.000 hectares, 12 USD per hectare and over 10.000 hectares, 16 USD.

However Vice-president Danilo Astori, Economy Minister Fernando Lorenzo, Agriculture minister Tabare Aguerre and Public Works and Transport minister Enrique Pintado are proposing a tax linked to the production and profitability of farma, not its size, and taking advantage of the already existent mechanism.

Furthermore Astori, a former Economy minister feels that the tax proposed by President Mujica could have negative effects for farming and investors, besides the fact it means ‘changing the rules of the game’ even when the sums involved are minimum.

“As the scheme was presented it could have an impact on the value of land and the high productivity rates Uruguay has experienced in its farming sector, so we believe an alternative must be worked out” said Astori.

“The sixty million dollars is not much money for the government but the problem is that an unexpected change can be suggesting that in the future there could be major changes and this can generate uncertainties, lack of predictability which means risks in the horizon for investors and could have a negative impact on investment decisions; that is what worries me”, underlined Astori.

Asked if he supported the initiative from Mujica and his Planning Office minister Gabriel Frugoni, Astori replied that “I would like to see if we can have or come up with improved alternatives; I think we have them”.

He added that what really concerns is the fact the current fiscal system for the farming sector is based on taxing income and “now we are moving to a proposal that would tax land holdings”.

“I think we are running into a contradiction, if we change the rules of the game. Of course I agree with the purpose of the tax revenue, improved roads, infrastructure, communications in the camp; we need them camp production has been growing sustainedly for the last decade”, said Vice-president Astori.

Another factor to take into account is that the results of a camp census will be known after the third quarter and “I agree with Agriculture minister Aguerre that we should have that information before moving ahead. But I also believe we can’t have an open discussion on taxes during months”, pointed out Astori.

The different farmers’ organizations are not unanimous about the overall initiative. The more combative Rural Federation simply said “enough with taxes”.

“To imagine Uruguay with more taxes, be it the camp or the city, simply makes unviable any production. The gap between tax burden and delivery in Uruguay is too wide”, said Miguel Sanguinetti, president of the federation.

However the more conservative Rural Association (ARU), cooperatives and the dairy sector preferred to wait and see “the definitive proposal from the government”, before making any statements.

ARU president Jose Bonica said that the infrastructure problem is “serious” and farmers are willing to consider the proposals and how they are implemented and with the sufficient transparency that those funds don’t end paying other bills. Nevertheless the farming sector is satisfied with the 2007 tax reform which is based on income and profits.

“The best tax is income tax. This makes sense, is fair and balanced, we all pay under the same rules, sometimes more, sometimes less but always according to income”, said Bonica.

The farm leader admitted that rural activities have multiplied, incomes have soared, “but costs have also soared”. Yes, there is a strong international demand, “virtually all that is produced in the camp is sold and at good prices, but we must not forget that inputs and costs have also closed the gap”.

Astori and ministers Lorenzo, Aguerre and Pintado have promised to come up with an alternative on time for the next Monday cabinet meeting.