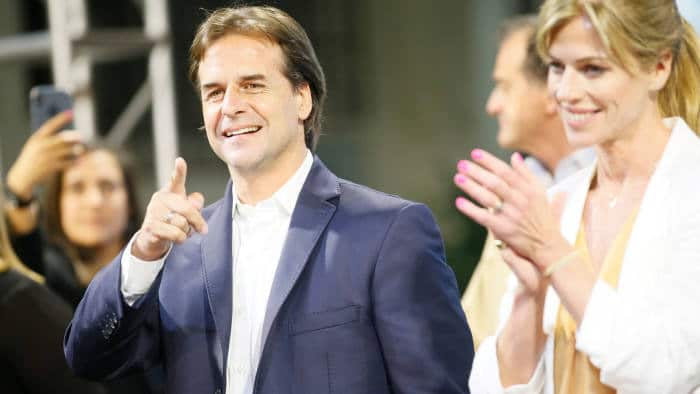 The global coronavirus epidemic affects all citizens regardless of economic class or political party. I respectfully and strongly suggest that it is time for Uruguayans to cooperate on behalf of the future of Uruguay, and act as the“Uruguayan Coalition,” political party that places the Country before political party objectives, and its fellow citizens’ wellbeing, before self-interests.

The newly formed Uruguayan Government is reacting to the health-related aspects of the coronavirus and also considering proactive actions concerning the social and economic situation inherited from the previous political party.

The coronavirus’s negative impact on the economy is already apparent. Proactive action needs to be planned and executed without delay! Not only by the Uruguayan Government but by the private sector entities and individuals!

During my visit to Uruguay during the last weeks, I have been asked for my opinion on the economic situation and expectations for the future:

Question: What do you think are the critical components in the renaissance of Uruguay’s economy?

Answer: I will initially address these first three principal components:

Question: How can the Uruguay Government promote and support investment during these turbulent economic times?

Answer: Investment must be supported and promoted by a single, but coordinated Government entity, manned by motivated, internationally experienced, multi-lingual, professionals, with a “can-do” attitude, working directly with the vested authority of an “Office of the President,” and through only one Ministry. The logical Ministry is the Ministry of Economy & Finance.

The proposed new entity, perhaps named the “President’s Office for Foreign Investment Liaison,” must clearly define its objectives. All personnel must have a proven record of positive “work ethics” and accept “accountability” for their actions, as part of their employment contract. The President should also draw upon well-qualified human resources from the private sector.

This initiative could also create a “model” for the “restructuring” of Uruguay’s bureaucracy, incorporating “accountability” and “transparency” to avoid possible “conflicts of interest” and the complacency that also exists within administrations in many nations.

Question: What do you think are the essential components in a foreign investment promotion strategy for the renaissance of Uruguay’s economy?

Answer: The principal component of any Country’s strategy is people! Uruguay has a well-educated population, with the potential to exceed if motivated. Uruguay has to make specific changes, but NOW!

I recall Winston Churchill’s remarks, which I paraphrase: “We have to choose today between shame and war. If we choose shame today, we will still get war tomorrow, but at a much higher cost.”

A significant barrier to those who have developed a positive and motivated “work ethic,” within both the public and private sectors, are those who have no appreciation for the value of TIME! We must educate people to realize that TIME is the most precious commodity! It is the only commodity that cannot be replaced! This lack of appreciation and value for TIME; this lack of a sense of URGENCY is a deterrent to investment. Lack of a sense of urgency directly affects the “quality of life” of all Uruguayans.

My message to them: “Put Uruguay FIRST! If you can’t put Uruguay FIRST, don’t create impediments to others, and let your more enlightened colleagues do their work with the appropriate efficiency and sense of URGENCY Uruguay deserves! Uruguay challenges you to join with others to make Uruguay the Country it should be, the Country its people deserve. You are a key component in facilitating the many benefits of freedom and democracy!”

Another vital component is an investment “marketing tool” I have discussed with some leaders from Uruguay’s public and private sectors. This investment marketing tool is an “Investment Package,” which could be incorporated within the marketing and promotion of globally competitive, well designed “Industrial” or “Business” Parks.” It would include all the elements necessary to attract, the increasingly elusive foreign investment potentially:

Foreign and local corporations whose applications for the “Investment Package,” meet a simple, but concise list of criteria would be assigned a “Director” from the proposed “President’s Office of Foreign Investment Liaison.” Their principal purpose would be to deliver the signed “Investment Package” to the potential investor, and within a period not to exceed 60 days. Senior-level “Liaison Directors” would be appointed within all relevant Ministries; their ONLY responsibility is to facilitate the processing of the documentation.

The Intendencia of Montevideo had partially enacted this type of foreign investment incentive program, also during a previous challenging investment climate, but with an encouraging result. This type of productive attitude should be encouraged and supported by all appropriate government entities and emulated by all Departmental, State, and political leaders.

“Productive leadership by example” from both the public and private sectors is a key to the reversal of the current political “status quo” and attitudes. Montevideo has a well-established services & high tech park called “Zonamerica” that has exported its business model to other countries. These “parks” create industrial efficiencies and “economies of scale” that contribute to Uruguay’s economic development.

Leadership, energy, innovation, incentive, and urgent ACTION are the keys to the “renaissance” of Uruguay’s economy! These qualities and abilities DO exist in Uruguay! Your direct contribution is essential! EARN your wages; not just “collect them!” You will be stimulated and motivated by your efforts, and feel proud of yourself!

To Uruguay’s politicians, I respectfully suggest you remember the words of Woodrow Wilson in 1918, as he led Americans into a frightening New World of global crisis and responsibilities: “POLITICS IS ADJOURNED.”