Gateway to South America on 03/05/2016 - 16:22 in All categories of countries are, Argentina Mendoza, Argentina-General, Argentine farms

Expectations and Trends in Argentina’s Economy

Expectations and trends in Argentina’s economy have shown clear signs of improvement. Some commentators, perhaps pressured by the long wait, are expecting an extraordinary rebound. Such expectations are somewhat unrealistic, because most investments materialise and bear fruit in the medium term – over a year – both in agriculture in terms of export, and in the real estate industry. These unrealistic expectations can cause unnecessary concern to investors.

The truth is that the figures show clear and promising signs that the measures taken by the government of Mauricio Macri – elimination of retentions and depreciation – have been appropriate and very timely. The positive figures, though undeniable, have been interpreted in many different ways. See: Agro-Noticias.

A relatively pessimistic attitude came from Diego Giacomini, Director of Consulting, Economy and Regions: “The devaluation of 60% and the reduction of withholding taxes are not enough to offset the high tax burden and interest rates, the decoupling between wages and productivity, the inability to continue funding – with inflation, taxes or debt – the current level of public spending and strong inflation expectations and the crisis in Brazil.” See: Diego Giacomini.

A differing opinion is expressed as follows: “It is achieving an improvement in international trade: of the 20 sectors in the first two months which increased their exports, 18 are agribusiness.” This extremely optimistic view has been externalised by the analyst of the Institute of Economic Studies Rural Society of Argentina, Ezequiel de Freijo. The favourable situation in the agroindustrial sector is a direct market response to the decline in state intervention in the market, the extension of the deadline for the entry of foreign exchange at the end of the FX market, and the low and/or elimination of export duties.

Somewhere between these authorised opinions is that of Guillermo Barzi, president of the traditional winery Humberto Canale, and a fruit producer in the Upper Black River Valley, who states: “The elimination of deductions and devaluation put us again in the race. We must now expect the exchange rate will not be delayed for inflation again.” He adds: “I think we are facing a new cycle in which, little by little, the sector will accommodate.”

He did not forget to mention the extensive losses incurred last year under the previous government, referring to the abandonment of approximately 4,000 hectares of crops and much of the harvest of pears and apples not collected by low market prices, which made it an unfeasible harvest. 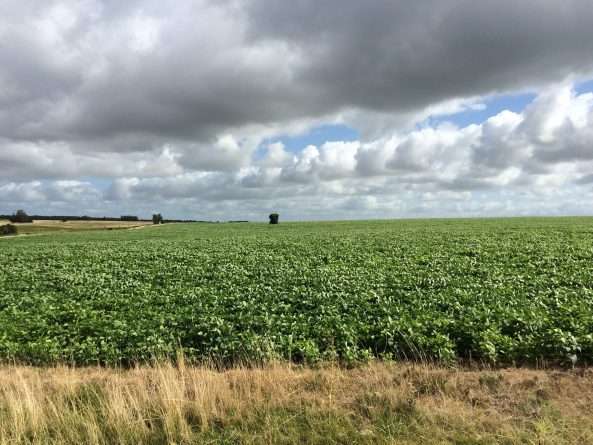 Notably, among the most auspicious news of trends in Argentina’s economy this year and early 2017 is the reopening of the US market for tucumanos lemons. In 2001, Californian producers submitted a request to ban the entry of Argentinean production to that market. For over ten years efforts were made to lift the ban, without success.

Now, thanks to good diplomatic and trade relations between the two countries, and ratified by the visit of President Obama to Argentina in last March, US authorities have set a deadline of autumn in the northern hemisphere, that is, September to November, to authorise the entry of domestic production.

Of course, this means competing with those who have occupied this huge market over the years, mainly Chile. However, local producers are confident that, as per quality and prices, they will quickly recover their customers.

This will compensate greatly for the 20% drop in citrus exports when domestic producers did not react readily to the lack of liquidity in the Russian market, due to the fall in oil prices.

“When Russia went bankrupt due to the fall in oil prices, the saleability of oranges and tangerines entrerrianas closed and that was a strong hit to the regional economy“, Alfredo Bel stated.

However, the excessive expectations of market recovery in three to four months have encountered a slow reaction by the same producers and exporters; perhaps from having been out of the big leagues for many years, they have somehow lost direct, quick contact, and to some extent the flexibility to react swiftly to any changes in their markets.

That does not mean that once business agility has recovered – an issue that requires government measures for a few months in the future, as well as the reopening of markets closed to Argentine for over ten years (during the Kirchner administration) – most business and production that is running right now will materialise. 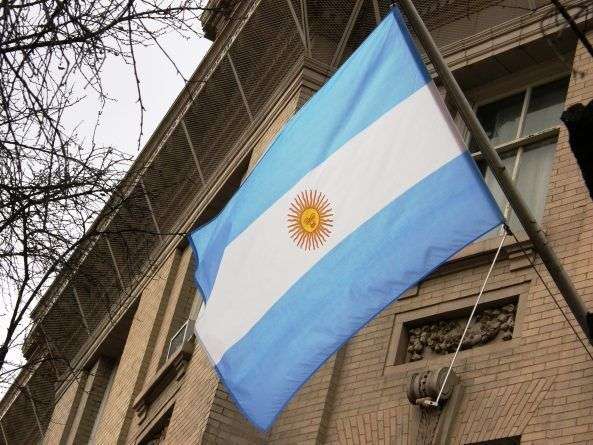 Argentina’s flag in front of its Embassy

A broader perspective on trends in Argentina’s economy

Researcher at the Institute of Studies on Argentina and Latin American Reality, Jorge Vasconcelos, notes that there is a new scenario, with two very distinct components. On the one hand there is the fluctuation in prices, directly related to the activity of private actors from different Argentine markets. Alongside this is the difference in fiscal balances in various provinces, which have had a significant increase.

“In the early months of last year, indicators of activity level were led by Patagonian provinces, but when we look at new data in 2016, we see that the situation has been reversed,” says Vasconcelos. The explanation for this increase in activity level in the provinces is explained by lower hydrocarbons.

However, according to the SRA, the export wool market, which itself reacted with alacrity to increase its production for export within a couple of months (in previous years seeing delays of half a year to a year), “Wool production for the current harvest is estimated at 46,000 tonnes, a similar level as last year,” and much better market prices are predicted.

Peanut production, which employs 12,000 workers, is climbing to one million tons. This year the sector was given a big boost by the new economic measures. “With the removal of the retention and improvement of the exchange rate, the sector gained competitiveness,” said Juan Carlos Novaira, president of the Argentina Chamber of Mani. It also says that the weather – that typically inclement phenomenon with the predictability of a child – may affect the full success otherwise determined by government economic measures.

Alfredo Bel clarifies that for the rice sector to be successful, it would export 70% of all crops, adding that opportunities had been lost through inaction by the state and its lack of promotion.

The diagnoses provided thus far lead us to observe that the right conditions are in place, the current government having laid the foundations for success for the different sectors of the economy in Argentina. To date, many players in the Argentinean economy have not been fast enough in adapting to the new regulations, which greatly pave the way to equating Argentina with the big players in the global economy.

The capacity to keep up with the pace of the market is mostly based on the reactions and adaptation to the variability of the fastest and most autonomous markets that most have deployed so far, with few exceptions, such as the exporters of wool.

Another very promising sector, olives, today faces some drawbacks, arising from the current political/economic instability in Brazil. The success of this season will depend almost exclusively on the ability to quickly react to the situation.

The various economic sectors and regional economies in Argentina need to improve in order to keep up with their competitors. The measures implemented by the government of President Macri have now given them a basis of support – having not had this for over ten years – and for their part they must work in partnership to increase value and adapt to the conditions and levels of the different international markets, taking advantage of the foundations laid by fiscal policy. Added to the above, a coordinated monetary policy is now in place to maintain interest rates that will allow increased domestic investment.