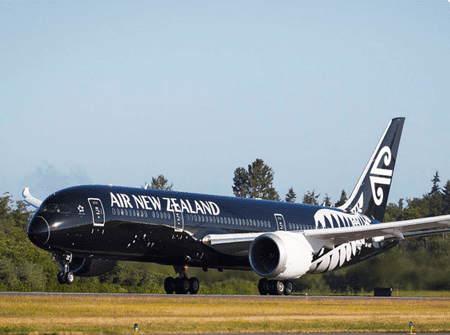 Gateway to South America on 01/02/2019 - 01:43 in All categories of countries are, Argentina-General, Brasil-general en, Chile – General, General of Uruguay, Perú-general en

Airline services strengthen New Zealand’s ability to engage with its key trading partners, helping build people-to-people connections and understanding of foreign business practice and culture. The Swiss-based Air Transport Action Group says the absence of good air transport links, especially in high-tech sectors, inhibits investment and trade and that, worldwide, an average of 25 percent of company sales depend on air services. In New Zealand’s case, being so far removed from its major markets, the percentage is much higher as the global supply chain is increasingly dependent on the rapid and reliable movement of high-value, low-weight goods, especially in the biotechnology, telecommunications and agritech equipment sectors.

In my area of special interest, Latin America, a historic paucity of regular and affordable flights has been a significant deterrent to New Zealand trade and investment in the region. During the past three decades I’ve taken hundreds of transpolar flights to Buenos Aires from New Zealand and vice versa in the course of my work as a business consultant and until recently they’ve all been characterised by infrequency and exorbitant cost. Like manna from heaven for business travelers and tourists alike, a direct Air New Zealand service from Auckland to Buenos Aires was inaugurated in December 2015. In affirmation of the benefits of competition, airfares dropped to half what they had been when LATAM (previously LAN Chile) was the only operator in the market. 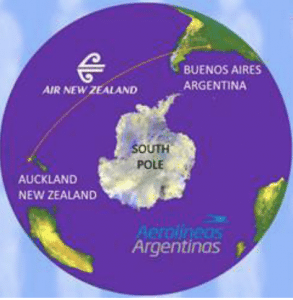 The Air NZ service is a code-share with Aerolineas Argentinas and has proved so popular that next summer there will be five flights a week (from three at the outset). Furthermore, the airline’s chief networks officer, Stephen Jones, says daily flights are looking likely if demand continues to grow. Stephen Jones says Air NZ’s codeshare with Aerolineas and their connecting services to the rest of South America are key elements in the success of Air NZ’s new route. My first flight to Buenos Aires on Air NZ’s Dreamliner ‘plane was undoubtedly the best transpolar flight I have ever had, as even in an economy where my budget sadly dictated I must be, the cabin crew’s effortless professionalism made me feel my needs and comfort were important to them.

The superb cabin service and generous passenger amenities underscored emphatically why Air NZ is regularly voted the best airline in the world by travelers. The flight was not all wine and roses: the freeze-dried instant coffee on offer less than appealing and while the seat was spacious enough, considering you get what you pay for, within an hour my tailbone began to ache agonisingly as my seat’s graphite foam cushioning quickly turned to stone. Air NZ could set themselves apart from their peers yet again by replacing the Dreamliner’s tailbone-crushing seat cushioning with a kinder, more accommodating material.

Another irritant was that the standard economy baggage allowance on all other airlines flying to Argentina from anywhere in the world is two bags of up to 23kg each, but Air NZ only allows one bag, and an extra bag costs $95 per sector. Putting my delicate tailbone, fastidious coffee palate and overpacking syndrome aside as the niggles they are, I commend Air NZ for providing the only direct flights to Argentina from New Zealand and for their incomparable inflight service, which pleasurably alleviated the tedium of such a long haul. New Zealand’s trade with Latin America has been strengthened immeasurably by Air NZ’s Buenos Aires service, as the frequency of their flights and comparatively reasonable cost has made the region much more accessible to existing and prospective exporters.