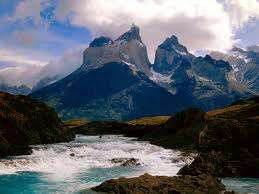 CONAF, Chile’s National Forest Corporation, is currently working to expand Torres Del Paine to meet the latest UNESCO criteria, but such a move must incorporate private lands like Puerto Natales, Cerro Castillo, and the Milodon Cave.

Early expeditions through the park began in 1879, though it was not formally created until 1959. Two decades later, the land became a Biosphere Reserve of the United Nations Educational, Scientific and Cultural Organization, or UNESCO.

Patricio Salinas, CONAF provincial chief for the area where Torres del Paine is located, explained that, under the new UNESCO guidelines, a biosphere reserve must include a core conservation area, a buffer zone, and a transition zone.

The core conservation area, protected by law, currently includes all of Torres del Paine. The buffer zone separates the preserved area from human settlements, and the third and final transition zone allows for human settlements. CONAF is hoping to add in the final two zones.

“We would be able to conduct complimentary conservation plans and other productive plans that would allow for more comprehensive development of this area,” said Salinas.

This change, recommended but not required by UNESCO, would spur a number of benefits to the area, Salinas said. The expansion would create a brand identity for the products and services from the region, he told La Tercera.

Moreover, it would help in promoting the adoption of good practices, clean production agreements, certification processes and other instruments to promote sustainable land use, research and international cooperation.

Pedro Araya, national coordinator of the Chile’s biosphere reserves, added that the importance of this extension is “to achieve integrated land use, harmony and no barriers, so that there is integration of functions relating to the conservation area.”

CONAF originally hoped to submit their expansion plan to UNESCO by September. Given doubts among people in the areas that will be included into the park, however, the plans have been postponed. Some fear that new legislation could work against their own productivity.

Fernando Paredes, mayor of nearby Puerto Natales, was excited by the prospect: “This seems like a gift, I can only see positive externalities for the city.”