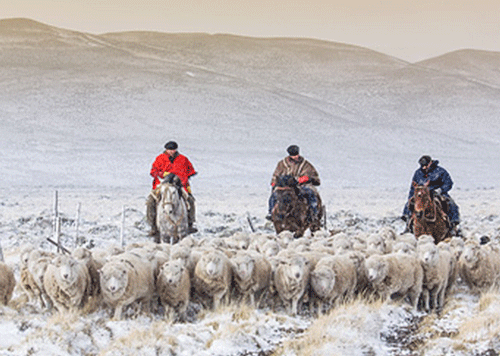 Gateway to South America on 17/06/2021 - 11:55 in All categories of countries are, Argentina Mendoza, Argentina-General, Argentine farms 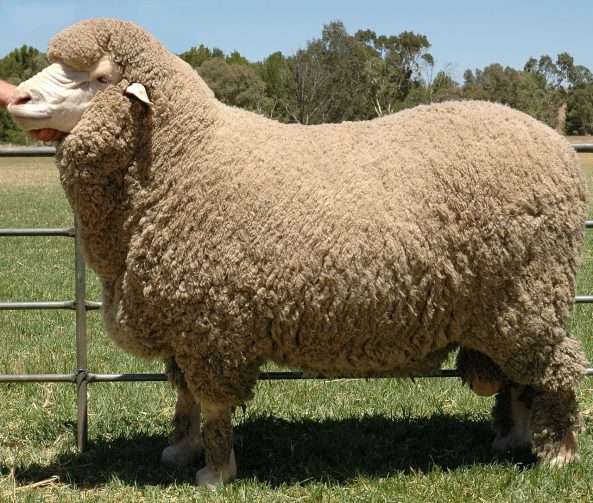 The fusion of Merino blood of different types introduced from Spain, Germany, Austria, Hungary, and France, at the beginning of the last century originated in the Argentine Republic a new breed specialized in producing very fine wool. It is now the most numerous breed in the world. It is the breed of wool par excellence, being sought after for its fineness and quality, the highest demand and price worldwide. It is characterized by its white colour, softness, and density.

The Argentinean Merino breed achieved a remarkable diffusion throughout the country, especially in areas of poor fields, demonstrating its adaptability and rusticity.

It is impossible to establish precisely what kind of Merino predominated in the formation of the Argentinean, as the Sajones, Negretes y Rambouillets intervened and crossed each other, reaching a more robust body animal and heavier fleece, which was the status of the Argentinian Merino at the beginning of this century.

From the decade of the ’40s, with the intention of the improvement of its wool, there began a series of imports of Australian Merino rams, which has a superior quality of wool (length, softness, colour, elasticity and yield) allied to a rusticity appreciable, which make the product of this crossbreeding a modern animal, producer of fine wool, of great adaptability for the exploitation of fields with scarce vegetation and severe weather, as they are predominantly in Patagonia.

These conditions made the Argentine Merino totally absorbed by the Australian Merino, achieving an animal without wrinkles, with better shaping and higher quality of wool.

Today the population of Merino is based mainly in the three Patagonian provinces: Río Negro, Chubut and Santa Cruz, with less significant centres in the Provinces Of Buenos Aires, La Pampa and Neuquén. The current stock is approximately 7 million Merinos in Argentina, with 55% in the province Of Chubut. 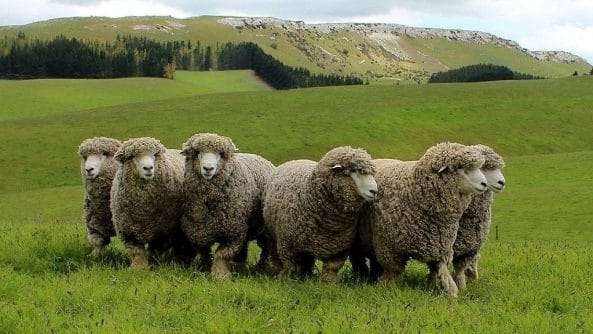 The original formation of this breed took place on the South Island of New Zealand, by inspiration of James Little, who in the year 1866 began his work of cross-breeding among the groups of sheep existing in the region.

His idea was to achieve a sheep of a better constitution (more robust) than the Merino and produced a heavy fleece than that of this breed, which was certainly the most widespread in the world.

The new animals, which took the name of Corriedale in reason of being that the place of breeding, then had the following genetic composition: 50% Merino and 50% Lincoln, fixed by selection.

The Corriedale has visible mucous membranes pigmented like hooves, skin depigmented, white fleece, double purpose, produces early lambs and medium weight, heavy fleece, semi-compact, square fleece with a diameter of 27-32 microns. It is a rustic animal with an extensive grazing adaptation. It adapts to temperate-temperate cold, semi-arid to sub-humid climates.

With a population estimated at 5 to 6 million, it is the race of greatest geographical distribution in the country. It Is bred in the south of Santa Cruz, Tierra del Fuego, in the Pampa Prairie and in Mesopotamia.

The race is also used in other regions to cross with the local Creole flocks.
.

Creoles or no defined race 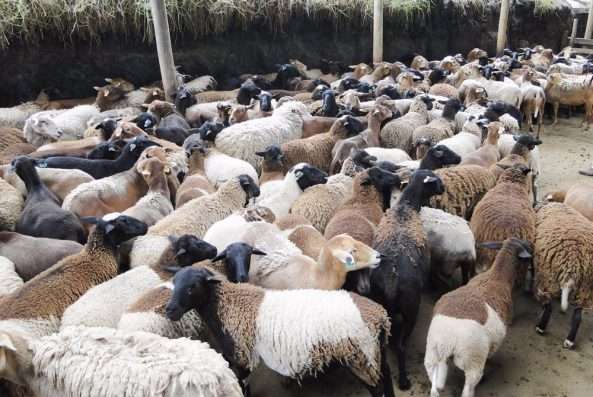 The first sheep were introduced in Argentina in the mid-sixteenth century, with the expeditions of conquest and colonization of the Viceroyalty of the Río de la Plata, from Paraguay, Peru, and Chile. These sheep were extensively managed as such that they were mixed and dispersed for a prolonged period, giving rise to a breed called “Creoles”.

This type of sheep is common in the provinces of NOA and NEA Argentino and also in Córdoba And Cuyo.

In fact, in many Latin American countries, most of their sheep are “Creole”. However, it is not possible to consider a homogeneous genotype but rather a series of genotypes adapted to the particular production systems in each country and region.

In Argentina, Creole sheep are bred in subsistence systems alongside goats. They are presented in different colours (white, brown, Black and Overos), in general, of small size, an acceptable reproductive rate, with no reproductive seasonality marked but with light fleeces, of hollow and coarse fibres.

Wool is used in handicrafts. Creole sheep are animals adapted to low-resource systems. Their indiscriminate replacement by “improved” breeds has resulted in failures when they were not accompanied by improvements in production conditions. There is little documented information about this important animal resource. 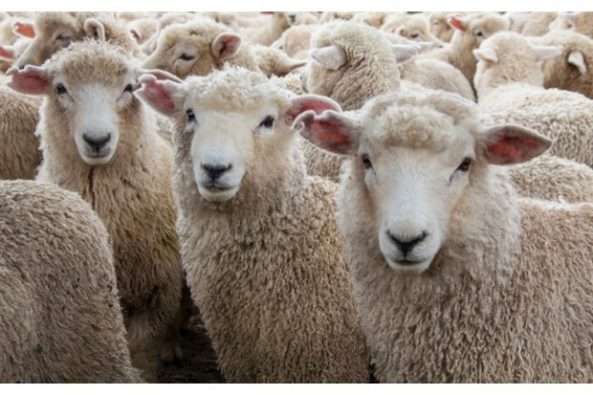 Its origin is British, and it is bred with a double purpose. It produces early lambs, and its fleece is of medium fibre wool. It Is distinguished by its maternal ability and its remarkable prolificacy, being able in many cases to raise triplets. It Is sturdy and of great rusticity, and can live in areas of high humidity, and temperate climates.

The population of this breed in Argentina lives on the coast and in the Cuenca del Salado (Buenos Aires).

It was developed In Australia around the year 1880 from Merino of Saxony and Lincoln in complex crosses. It has ¾ Merino and ¼ Lincoln.

It Is appreciated for the quality of its fine fine-cross wool (24 to 27 microns in adult animals) and acceptable conformation of lambs. Its population Is estimated to number 300,000 but in an expansion mode.

Some producers run genetic improvement programs through the selection and incorporation of studs from neighbouring countries and highly developed sheep countries like New Zealand.