The world’s most beautiful bookstore

Gateway to South America on 08/03/2020 - 00:08 in All categories of countries are, Argentina Lifestyle, Argentina-General, Argentine history, Buenos Aires Residential

One of Buenos Aires Cultural Gems

The Ateneo Bookstore is an architectural jewel in Buenos Aires, is considered the world’s most beautiful bookstore according to National Geographic.
​ 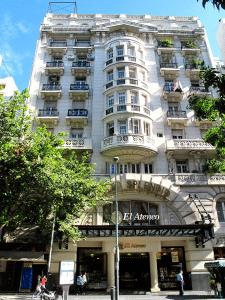 “On a bustling commercial street in the fashionable Recoleta neighborhood of Buenos Aires, Argentina, you can visit a serene temple of books”, the world-renowned publication said of the city’s most famous bookstore.

“Conversations are hushed, as if in a grand library, yet the space is so warm and welcoming that the raised café at the back of the cavernous room is filled with patrons reading and sipping cappuccinos and chocolate submarinos”, its article added.

Built from 1903 in Recoleta, the “Grand Splendid” theatre hosted the country’s first radio auditions in the 1920s and later incorporated a record label. In its glory days, the Teatro Grand Splendid hosted such tango legends as Carlos Gardel, Francisco Canaro, Roberto Firpo, and Ignacio Corsini.

Building proprietor Max Glucksman was a leading figure in the world of tango in his own right, as the owner of the influential Nacional-Odeon record label. In 1929, the theater underwent its first transformation to become a cinema, with the distinction of being the first in Buenos Aires to show sound film.

Glucksman’s love of tango carried over to the new cinema, with live tango orchestration accompanying the silent films projections. Architect Fernando Manzone oversaw the building’s most recent conversion into the El Ateneo bookstore and music shop, to the tune of AR $3 million. Just prior to the leasing of the building to Grupo Ilhsa in 2000, the Grand Splendid was under threat of demolition due to a poor economy. 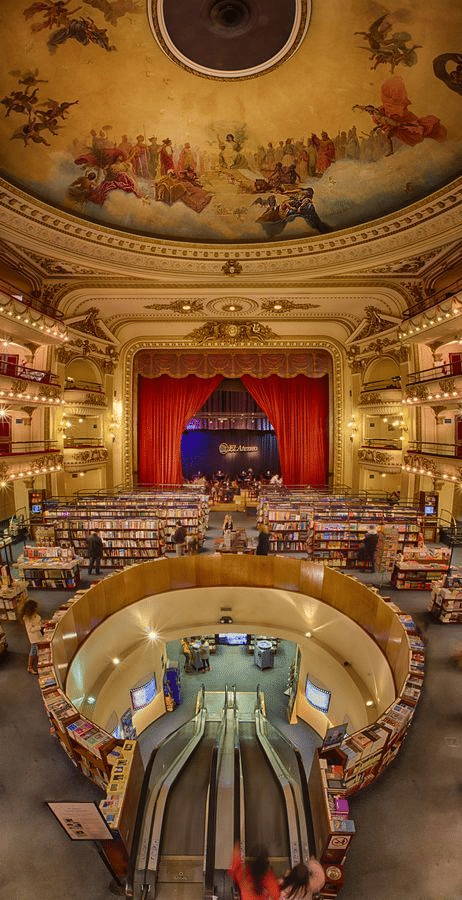