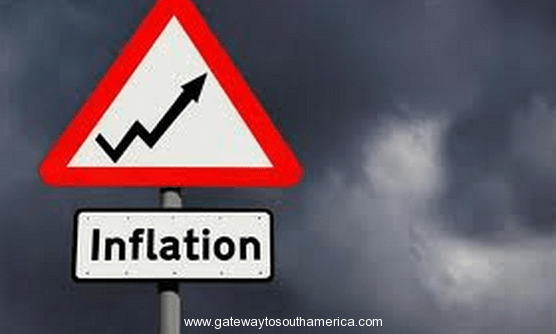 The American John Taylor is making reference to the inflationary goals and forecast interest rates. Taylor highlighted the planned application of zero growth in the monetary base and “first level transparency” of the local monetary authority.

For the creator of one of the most important monetary policy principles of the last decades, “an inflation goal is not enough, a policy strategy is needed to follow” when establishing and complying with the inflation targeting scheme. 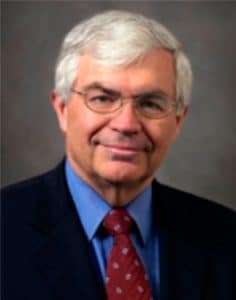 John Taylor (71), a university professor at Stanford and former economic advisor to US presidents Gerald Ford, Jimmy Carter and George HW Bush, considered that to lower inflation in countries like Argentina, the key is not a number that one wants to arrive at, but a “clear and well communicated intention in terms of the tools to be used.”

For the inflation rates to go down, the main thing is to look at inflation expectations, the correlation is like this: when expectations fall, rates go down and not vice versa.

He is visiting Argentina for a conference at the University of CEMA. Taylor is an expert on monetary policy and creator of the Taylor Rule – which establishes a relationship between the interest rate, inflation and growth desired in an economy.

The academic highlighted positively the transparency of the monetary policy carried out by Guido Sandleris, the president of the Central Bank, with whom he met moments before his conference. “The simple fact of being able to see the currency bands and the advance of the monetary base on the Central Bank page is very positive,” he said.

The economist says that in terms of inflation a goal of a number is not as important as the communication of a clear intention to lower prices.
Taylor defines himself as an advocate of inflation goals, but believes that these are not so useful “in times where there is very high inflation or deflation – falling prices – but they have better results in an area that is in the middle of those situations. ” “Even in the United States it was tried and it did not work,” explained Taylor, before clarifying that when his country finally managed to lower inflation “there was never an objective of a specific number, they said ‘we want inflation to be as low as possible'”.

In that sense, the economist summarized, “the intention and the policy to reach it are the most important”, and not necessarily a specific number that is sought. “We must distinguish the operation in monetary policy rules of a regime for the transition from a high rate of inflation to a low one,” Taylor said when explaining why an inflation targeting scheme was not “necessarily” the best option to lower the price increases as sought by the Government during the presidency of Federico Sturzenegger in the Central.

(In the United States to lower inflation) there was never an objective of a specific number, they said ‘we just want inflation to be as low as possible’

In comparison, the father of the method used by several countries to determine their interest rates, said: “When the US addressed its own inflation problems, it first attacked the money supply and then moved to a focus on goals and rates. ” That is why, he adds, the Central’s current approach to freeze the monetary base, or the amount of money circulating in the economy plus some monetary aggregates, is correct.

Faced with a question about the recessive effect that is recorded at high interest rates from the Central, the academic stressed that the priority of first order in any economy with high jumps in prices, such as Argentina, “is to lower inflation, hence the rates can go down and the rest of the variables are accommodated. ” In order for rates to fall, he concluded, “the main thing is to look at inflation expectations, the correlation is like this: when expectations fall, rates go down and not the other way around”.