The company once controlled one-third of the refrigerated storage capacity in Britain and two-thirds of multiple butchers shops. It accounted for 20 percent of all meat imported into Britain.

William Vestey was sent to Chicago to scout for opportunities in 1876. He was surprised at the amount of meat that was wasted, and a factory was established to can this surplus as corned beef and export it to Britain.

William Vestey relocated to Argentina in 1890 where he two-thirds the new refrigeration process to export frozen partridges. Later, beef and mutton were added.

Being among the first to realise the potential of the new technology gave Vestey Brothers an advantageous head-start on its rivals.

Vestey Brothers established Union Cold Storage as a subsidiary from 1897 to handle their meatpacking and distribution network.

Vestey Brothers began to import eggs and chicken from China since 1906. Eggs had previously had poor availability, and Vestey’s low-cost frozen egg mix was a major factor in the subsequent growth of catering companies such as J Lyons.

Vestey built up its own fleet of refrigerated vessels, Blue Star Lines, from 1909.

Vestey Brothers acquired ranches and freezing works in Brazil, Argentina and Venezuela between 1913 and 1920.

In Venezuela, they owned the 2,000-acre El Charcote ranch for over a century, but the 106,000-acre San Pablo Paeno ranch was later ceded to the state by the Vestey Group’s local affiliate, Agroflora, under an agreement that will see it retain ownership of eight of its other ranches.

Blackfriars Export Co was acquired in 1914.

Six million acres of land in the Australian interior were acquired during the First World War.

Why the Vesteys relocated their business from Britain to Buenos Aires in 1915 was in order to avoid income tax, which had been increased to fund the war in Europe.

During the First World War, Vestey Brothers provided cold storage facilities free of charge to for British supplies at Havre, Boulogne, and Dunkirk.

The Vestey family became the wealthiest in Britain, after the Royal Family.

Inter-war period
Vestey Brothers had operations all over the world, and a capital of over £20 million by 1919. It was one of the largest British industrial concerns, and larger than all the other British freezing and cold storage companies combined. In meat-packing, only the American concerns of Armour and Swift were larger.

Vestey acquired £7 million of beef from the British government in a single deal in 1920. Also that year, Eastmans Ltd, with a chain of butchers shops in Britain, was acquired.

Vestey Brothers were the largest retailer of meat in the world by 1925, with a chain of 2,035 butchers shops in Britain. Vestey was responsible for 25 percent of the meat that was exported from South America. 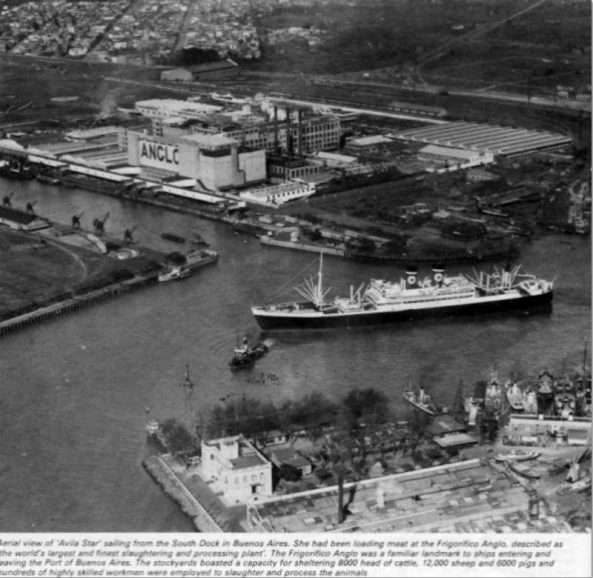 Union Cold Storage employed over 30,000 people, with a capital of £9.6 million, in 1925. It had over 450,000 cattle on ranches in Australia, South America, and South Africa. The company handled 20 percent of Britain’s frozen meat imports and operated a third of the country’s cold storage capacity. 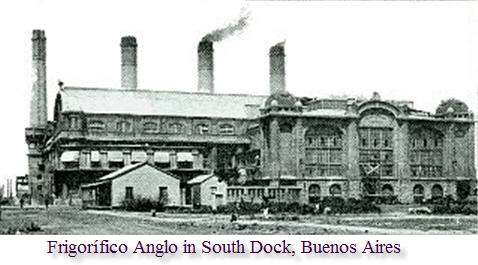 Vestey Brothers opened a new refrigeration plant in Buenos Aires, Argentina in 1927. With an annual capacity of 1.5 million cattle and 2.5 million sheep, it ranked as the largest in the world. The plant employed 3,000 people. In the 1960s it still had a throughput of 50,000 cattle a week.

Deaths of the founders
William Vestey conservatively valued Vestey Brothers at over £90 million in 1940. The family became the richest in Britain, after the Royals.

William Vestey died in 1940 and was remembered as a modest and benevolent man. During the height of the Blitz he had continued to put in a full working day in London.

The latter half of the twentieth century
The company retained its position throughout much of the rest of the century. In 1968 it was still the largest cold storage operator in Britain and had also become a leading supplier of chicken. It remained on par in terms of scale with Armour and Swift.

A tax avoidance scheme operated by the Vestey family was revealed in 1980, to public outrage. 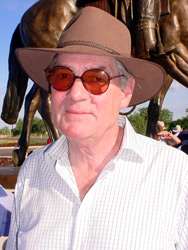 Vestey sold off five of its seven North Australian ranches in 1984. Before the sale, it had been the largest private landowner in Australia. After the sale, it still raised about ten percent of all cattle in the country. By 1992 all the Australian farms had been liquidated. Lord Vestey at the time made it very plain that the Vestey’s would not invest in Australia ever again.

Speculation on the property market saw Union Cold Storage hampered by debts of £423 million by 1991.

Vestey announced it would close 600 of its 1,000 Dewhurst butchers shops in 1992. The chain had been adversely affected by the growth of the supermarkets.

Both Dewhursts Butchers and Union Cold Storage entered into administration in 1995. Only 213 of the Dewhurst shops were saved by a management buyout but the rest closed.

The remnant Australian estates were sold off in 1996. The Blue Star Line was sold to P&O Nedlloyd for £60 million in 1998. The sale of the shipping fleet allowed the group to finally re-emerge free of debt.

Vestey Group continues to trade today as a smaller organisation, focused on the sourcing, distribution, and processing of meat. The Vestey family are still wealthy and controversial: they ranked 160th on the Sunday Times Rich List 2015, with an estimated fortune of £700 million. Actor Tom Hiddleston is a direct descendant of Edmund Vestey.