The Tea movement in Buenos Aires 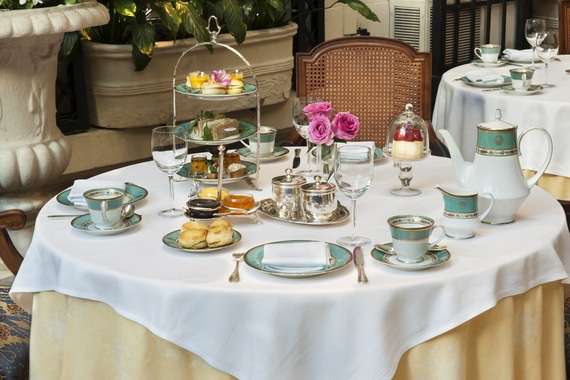 Gateway to South America on 05/05/2021 - 00:16 in All categories of countries are, Argentina Lifestyle, Argentina-General, Argentine farms, Buenos Aires Residential

Argentine tea  movement culture is influenced by both local and imported varieties and customs with its multicultural history and the amalgamation o Europe and South America.

Yerba Maté is the most noted South American tea with its origins dating back to the indigenous people of Argentina. When Jesuit missionaries first came to Argentina they were concerned by its addictive qualities so tried to ban it, however they reversed their stance and began cultivating it.

Argentina has hugely expanded its export market over the last few decades as after new tea plantations in northeastern Argentina in 1952 were established, they grew a better quality tea than had been cultivated before.

Argentina’s export market has expanded globally and as of 2005 is now the 9th largest tea producer worldwide with an estimated annual production of 64,000 metric tons.

Maté is a herbal tea drank predominantly in Argentina as well as Brazil, Uruguay and Paraguay. It is served in a hollow gourd and drunk through a metal straw called a bombilla. This serving style originated with a native culture, the Guarani. Mate drinking is very traditional in Argentina and can be seen all around Buenos Aires as they still comply to the mate drinking ritual for sharing.

Mate developed a healthy reputation which naturally helped spread its popularity. It has a range of active compounds such as antioxidants, cholesterol-lowering properties, vitamins C, B1 and B2 and considered to have medicinal properties by the indigenous South Americans.

The cebador [server] pours water slowly as he or she fills the gourd. The gourd then passes clockwise, and this order, once established, continues. A good cebador will keep the mate going without changing the yerba for some time. Each participant drinks the gourd dry each time. It is considered rude to wipe the bombilla before drinking.

Argentina is a country influenced by immigrants and their cultural impact can be seen in many aspects of Porteño (locals from Buenos Aires) daily life such as the British practice of hosting high tea in the late afternoon.

Tastes in tea are being increasingly influenced by global retail trends, particularly for the young Porteños. As a result combinations of British tea culture and Argentine cuisine can be found in various establishments around the city and in a concession to Argentine tea culture, when Starbucks opened their first outlet in Argentina, they announced the inclusion of a maté latte drink on the menu. However, the beloved tradition still maintains an Argentine flare. Whilst the practice and the tea may be British influenced, the food has a Latin American twist including ingredients such as dulche de leche.

The mid-afternoon to early evening teatime is the city’s most elegant, and guests pause for a few hours to sip tea, converse and nibble on expertly prepared sweet and savory treats.

-The Belle Epoque Alvear Palace Hotel – afternoon tea is legendary in the Buenos Aires region. In the smart neighborhood of Recoleta the luxury hotel is one of Argentina’s elite. Porteños often occupy seats at one of the onsite bars or restaurants. The menu includes close to 20 teas, including a special eponymous house blend composed of black leaves, almonds and notes of Mediterranean citrus and rose petals.

Tealosophy -High on the list of excellence with an exclusive line of gourmet teas as custom house blends.