The real reason why forward thinking investors are buying farmland 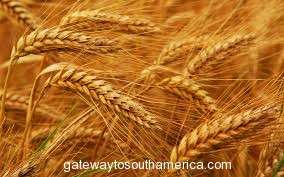 Here’s the good news: Nie Zhenbang, a Chinese agronomy expert and former director of the Chinese State Grain Administration, recently announced that 2013 was a record year for Chinese grain production.Here’s the not so good news:“Although the number is huge,” said Nie, “it still could not satisfy domestic consumer demand. In recent years, China’s food imports have been increasing. Agricultural product imports are roughly equivalent to the productive capacity of 47 million hectares of planted area.”47 million hectares is 181,468 square miles.To put this number in context, if you could cram together all the farmland and pasture that it takes to grow the food just being imported by China, the total area of this land mass would be larger than the entire state of California.Seem far-fetched?  Let’s walk through the numbers.Consider that China’s 1.4 billion people consume an average 2,970 Calories per day; this means that the Chinese population requires a whopping 2 quadrillion Calories each year.With an average 8 million Calories per year for an average hectare of land (1 hectare = 2.47 acres), this means that China’s population needs over 250 million hectares, or nearly 1 million square miles, to sustain itself.Between drought conditions, soil pollution, and a raging dust bowl, China doesn’t have anywhere near that much quality land available to grow crops and raise livestock. They have to look abroad. So Mr. Nie’s estimates are definitely in the right ballpark.There’s more.The chief economist of China’s Agriculture Ministry, Qian Keming, estimates that in the coming years, Chinese grain demand will increase by 10 million ADDITIONAL tons each year.Based on the global average yield of 3.11 metric tons of grain per hectare, China’s growing grain demand will tied up 12,000+ additional square miles of farmland per year, every year.Bear in mind that 12,000 square miles is more or less the size of the Netherlands… just to satisfy China’s growing demand for grain.And all we’re really talking about is one country, one food product.This says nothing about imports of meat, fruit, nuts, etc. Nor does it speak to the growing food demand for literally billions of other people across the developing world.It is a fact that daily Calorie consumption is directly correlated to per-capita GDP, and the data supports this conclusion.A 2011 study authored by researchers from the University of Minnesota and UC Santa Barbara demonstrates “a simple and temporally consistent global relationship between per capita GDP and per capita demand for crop calories or protein.”Simply put, as a nation becomes wealthier, its people consume more Calories and more protein.Taiwan, for example, increased per capita meat consumption from just 13 kilograms annually in 1951 (when it was totally destitute) to 66 kilograms annually in 1992 (when it was an industrialized ‘Asian Tiger’).This is important because it takes a lot more land to grow a kilogram of meat than anything else.So as nations become wealthier, it takes much more land per-capita basis to feed them.China is experiencing this growth right now. And this demand is only the tip of the iceberg.This is what makes agriculture THE no-brainer investment for the coming decade.

Watch out for more one this subject