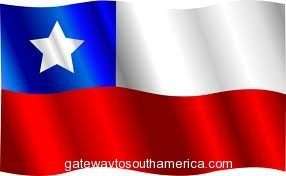 Chile is becoming a more progressive society with tremendous change in the last decade that has improved the quality of life of its citizens, according to a new international report. Since the 1990s, the country has seen a track record of robust growth and poverty reduction, says the Better Life Index from the Organisation for Economic Co-operation and Development (OECD).

However, social change in Chile still ranks low in a large number of topics relative to most other countries in the OECD.  For example, the average household net-adjusted disposable income is US$11,039 a year, much less than the OECD average of US$23,047 a year. However, there is a considerable gap between the richest and poorest. The report shows that the top 20% of the population earn 13 times as much as the bottom 20%.

Quote from Gringos.com : “Is it time for the Chile government to try and expand the economy and dilute the impact of mining and in particular the price of copper?”

In Chile some 71% of adults aged 25 to 64 have earned the equivalent of a high school degree, below the OECD average of 74%. There is little difference between men and women, as 72% of men have successfully completed high school compared with 71% of women. In terms of education quality, the average student in Chile scored 439 in reading literacy, maths and science in the OECD’s Programme for International Student Assessment (PISA). This score is lower than the OECD average of 497. On average in Chile, girls outperformed boys by three points, less than the average OECD gap of nine points

In terms of health, life expectancy at birth in Chile is almost 78 years, two years lower than the OECD average of 80 years. Life expectancy for women is 81 years, compared with 76 for men.

The report suggests that Chile could perform better in terms of water quality, as 77% of people say they are satisfied with the quality of their water, lower than the OECD average of 84%. Concerning the public sphere, there is a moderate sense of community and high levels of civic participation in Chile, where 82% of people believe that they know someone they could rely on in time of need, slightly lower than the OECD average of 90%.

Voter turnout, a measure of public trust in government and of citizens’ participation in the political process, was 88% during recent elections, higher than the OECD average of 72%. There is little difference in voting levels across society as voter turnout for the top 20% of the population is 90% and for the bottom 20% it is 92%, much narrower than the OECD average gap of 12%.

In general people in Chile are less satisfied with their lives than the OECD average, with 77% of people saying they have more positive experiences in an average day such as feelings of rest, pride in accomplishment, and enjoyment than negative ones of pain, worry sadness, or boredom. This figure is lower than the OECD average of 80%.