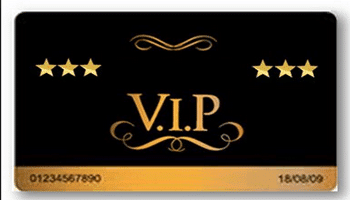 Gateway to South America on 23/07/2011 - 12:57 in All categories of countries are, Argentina-General, Argentine farms, Brasil-general en, Chile – General, General of Uruguay, Perú-general en

Hall and Hall – Eric O’Keefe of The Land Report report talk about Ranch Land in the USA. Much of what he says also applies to other worldwide Legacy properties like Estancia Punta del Agua in Argentina.

Most of America’s biggest spreads are in the West. Here are the storied dynastic ranches owned by heirs of the Kings, Waggoners, and Burnetts. This is also where corporate chiefs like Ted Turner and Henry Singleton have staked their claims (together Turner and Singleton own nearly 3 percent of New Mexico) and where people like timber baron Red Emmerson and “Potato King” J. R. Simplot bought the land that helped them make their money and their mark.

Ted Turner, 58, has a taste for land that’s as expansive as his public persona. Among his holdings: 1.15 million acres in New Mexico, amounting to 1.5 percent of the state.

Henry Singleton — wheeler-dealer, co-founder of Teledyne, trustee of Ronald Reagan’s blind trust — started buying cattle ranches across a 250-mile-long belt in central and southeastern New Mexico in the 1980s. Land specialists say he now owns about 1.4 percent of the state (1.1 million acres), plus a 45,000-acre spread in California’s Salinas Valley.

The Pingree holdings date back to 1820, when Maine became a state. That’s when Salem, Massachusetts, businessman David Pingree, correctly believing that his city would cease to be a major port, started purchasing vast tracts of softwoods and hardwoods as an investment hedge.

Ownership of America’s most storied ranch is shared by dozens of the descendants of steamboat captain Richard King, who began assembling the big spread in South Texas In 1853, paying just two cents an acre for his first 15,500 acres. The present, noncontiguous agricultural operation includes cattle, farming, oil and gas, and a visitor’s center for the thousands of tourists and hunters the ranch attracts. Other family holdings include a 16,000-acre farm in Florida and a 680-acre horse ranch in Kentucky, plus some foreign operations. Says Jack Hunt, a non-descendant who is president of King Ranch Inc.

Based in Edison, New Jersey, the 113-year-old family-owned J. M. Huber Corporation (1995 revenues: $1.5 billion) is best known for a broad line of chemical and electronic products.

770,000 acres in Washington, Oregon, and California

This century-old holding got its start in 1890 when Sol Simpson founded Simpson Timber amid the lush forests of the Northwest. Now called Simpson Investment, the organization has grown steadily over the years, using its cash flow to acquire more holdings, including some choice California redwoods.

In 1935, young Kenneth Ford bought used machinery and some bargain-basement timberland at two dollars an acre and opened up a sawmill. Where possible, Ford cut trees on leased federal land, allowing trees on his own land to grow back. Today, his family-owned Roseburg Forest Products owns more than 1,000 square miles.

This Florida-based family is famous for its shipping operations, but the fortune actually began with land. In the 1870s, Howell T. Lykes gave up a career as a doctor to run cattle across 500 acres he had inherited in Florida. Eventually, he established a shipping line to transport the beef he produced to other countries. Lykes Brothers — Howell’s sons — later expanded into citrus and other agricultural production.

During his two-term Texas governorship in the 1970s, Dolph Briscoe was routinely described as the Lone Star State’s biggest individual landowner. Nothing much has changed. The Briscoe family began buying in the 1820s (one of Texas’s 254 counties is named Briscoe), and Dolph steadily added to the 180,000-acre Catarina Ranch he had inherited from his father in 1954.

The Irving family of Saint John, New Brunswick, might be the continent’s biggest private landowner. When billionaire family patriarch Kenneth Colin Irving died in 1992 at age 93, obituaries said the family business, Irving Corporation, owned four million acres of timberland. About 550,000 of those acres are across the border in Maine.

In the 1870s, W. T. Waggoner started buying land at a dollar an acre near the Red River in Texas. “I don’t aim to buy it all,” he once commented, “just what joins me.” By the time of his death in 1934, he had amassed the nation’s largest non-leased ranch surrounded by a single fence.

A century after the creation of the King Ranch, the Alice Kleberg East branch of the family decided to forgo horse breeding and foreign diversification to focus on cattle. In a division of the estate, East, a grandchild of Captain King of the King Ranch, was given the Santa Fe Ranch, which adjoins the original spread to the west.

Starting in 1952 with a 10 percent interest in a single gas station/motel in Little America, Wyoming, Robert Earl Holding has built up a diverse energy-land-and-recreation operation across the West. He is said to own 450,000 acres of ranchland in Wyoming and Montana, as well as Idaho’s famous Sun Valley ski resort and the Snow Basin resort in Utah, which will be one of the sites for the Winter Olympics in 2002.

Who are the Largest Private Land Owners in Australia

In fact, some Australian stations are bigger than some European countries… Take Anna Creek Station, well known as the biggest Australian cattle station: this station in the Outback of South Australia covers 6,000,000 acres, or 34,000 km2. (Belgium by comparison is just over 30,000 km2, and the biggest American ranch is about 6,000 km2.)

Who are the Largest Private Land Owners in Argentina

The Italian family that owns the Benetton Group. Owning nearly one million hectares of productive land in Patagonia, the Benettons are among the largest landowners in Argentina today. Since 1991 they have owned Compañía de Tierras del Sur, which was British-owned between 1895 and 1975 and then Argentine-owned until 1990.

One of the wealthiest people in Britain, who purchased 14,000 hectares in the province of Chubut.

The founder of the U.S. cable news network CNN, also fell in love with Patagonia,
buying the 10,000-hectare La Primavera estate in Neuquén in 1996.

His father was the founder of Frito-Lay and former chairman of PepsiCo. Lay bought 80,000 hectares from the Benettons on the Alicurá Ranch, in the provinces of Neuquén and Río Negro, where he runs a world-class hunting & fishing destination.”

Who are the Largest Private Land Owners in Brazil

Who are the Largest Private Land Owners in Chile

Tompkins, the second-largest private property owner in Chile, created the Pumalín National Park in that country, and the Monte
León Park in southern Argentina