The Forestry industry in Argentina: Opportunities and challenges for this neglected sector 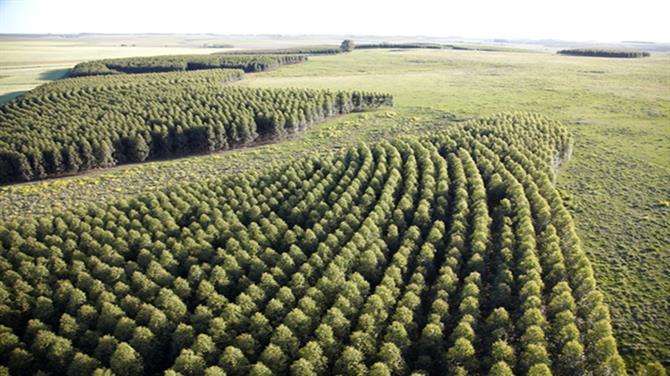 Gateway to South America on 28/06/2018 - 15:08 in All categories of countries are, Argentina-General, Argentine farms, Commercial Argentina

From the forests of the Provinces of Corrientes, Entre Rios and Misiones to a new building being constructed in Santa Fe, a bookstore in Tierra del Fuego or furniture in the shops of Buenos Aires, the forestry industry involves a number of dissimilar activities linked by the cycle of wood from the tasks of afforestation in Argentina Mesopotamia, to the manufacture of pulp and paper, the creating of high-end furniture and even renewable energy projects.

As a whole, this sector is responsible for 100,000 direct jobs and about 7,000 small companies nationwide. In 2017, the gross output value reached $ 14,000 million, equivalent to 7.3% of industrial value added, according to data gathered by the INDEC. “Argentina consumes enough wood for construction, with nearly 2,400 sawmills to satisfy the domestic market,” said Nicolas Laharrague, director of Foresto-Industrial Development of the Nation. 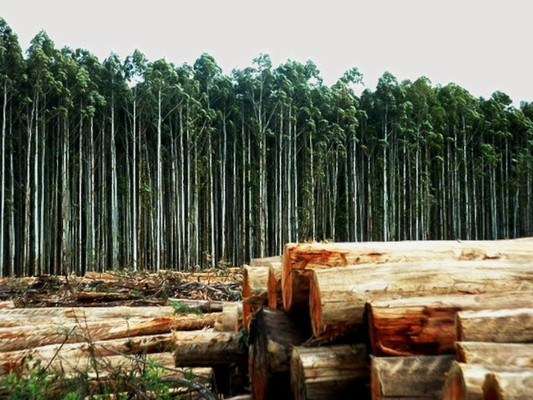 Exports of forest products are perhaps more humble: USD 551 million in 2017, only up 0.63% from the turnover of the previous year. Although this very slight upward ends six years of decline from a peak set in 2011, when revenues reached USD 1.12 billion, some concerns about the trade deficit of USD 558 million recorded last year (because of the import of paper products still persist to meet domestic demand).

The latest sectoral measurements dating back to the first quarter last year, note that for forest-based exports, paper accounted for 33% of the total, followed by wood pulp (generally used for the manufacture of newsprint and cardboard) at  21%; wood and wood products 20%; graphics 7%; furniture 1%, and others 18%.

“It ‘s a chain that has several links, some stronger than others with comparative advantages, ” said Leandro Mora la Nacion Alfonsin, executive director of the Argentina Federation of Timber and Allied Industries (FAIMA). “It’s not the same thing as the round wood commodity that transforms into furniture, tables and boards products”, he added.

Paper and pulp account for 54% of forestry exports. Vassallo said that to study this sector, it is necessary to distinguish several different categories, such as newsprint, cardboard, paper and printing-writing, tissue (which “is experiencing a temporary problem due to lack of consumption”) and stuccoed (virtually no production in the country, except for a factory Ledesma in the province of San Luis), among few others.

The manager, who has 14 years of experience in the industry, said that “reaching a new market involves working a lot.” “It takes a long time to get them; a place in the paper-cellulosic world is like blowing and making bottles, it requires patience, investment, travel and you have to be persistent over time.

Alfonsín Mora explained that Argentina is not an intensive country in furniture exports. “This is basically because the price competitiveness with players like China is very difficult to overcome,” he said. Xi Jinping’s homeland accounts for 40% of the production of furniture in the world, while South America barely reaches 0.6%, and of that small percentage, 60% is in Brazil.

“Argentina is a very young player, he added. We are in a context of low profitability, with increased costs and financing fees by high-interest rates. In this context, Argentine furniture manufacturers exported goods worth some USD 94 million last year.

In his view, the greatest opportunities are in furniture design for the ABC 1 segment, as the price does not weigh as much as the other factors in the buyer’s mind. “In the case of built-in furniture design it is very intangible, but have gained certain market share in the United States, Ecuador and Uruguay, but remain still very low amounts,” he said.

Another important leg of this industry is the table and boards construction segment in which China leads international demand after reaching a saturation point due to the cutting down of their own forests.

The country has become a very attractive destination for these products which consumed 600 million m3 of timber in 2017. 31% of that amount went to the construction, 29% cellulose and paper, 19% for export and 10% to furniture.

During that period, they imported 100 million m3, although only 3% originated in Latin America, Uruguay, Guyana, Brazil and Chile as major markets with Argentina away from the top 5, at position 15. “South America has a surplus with China in tables and boards about USD 5 billion said Alfonsin. This has a limit because the region has only 5% of the cultivated world forests.

In early May, a trade mission from China Timber and Wood Products Distribution Association (CTWPDA) to discuss specific opportunities with local players in the industry.

Claudia Peirano, director of the AFOA, said he still needed to solve the issue of competitiveness, especially the cost of logistics and transport, but was optimistic. “Chinese entrepreneurs see an opportunity to gradually increase timber imports from Argentina because they see the domestic market with high growth potential. In that sense, they offer to sign private partnerships between CTWPDA, AFOA and FAIMA within a framework that will surely allow increased Argentina timber exports.

Many of the companies that participated in these talks need to put together a consortium or nucleate to meet demand. The saw-milling sector still has low volumes to meet foreign exports, so it is necessary to work through the government chambers to see how you can generate these synergies.”

In September last year, the forest industry formed Mesa, which has among its member’s industries such as, trade unions, foresters and businesses in wood and its derivatives.

It is led by President Mauricio Macri and aims to design an agenda that will improve the competitiveness of this sector and enhance its ability to create more jobs.

“Production in the centre of Mesopotamia is more than 1000 kilometres from the ports. Therefore, the Government has taken care of the sector concerns, especially in the logistics, working on the implementation of the forest corridor in road transport and reducing costs at ports, achieving 55% lower cost per container.

It is also working with Customs to see how we can position more competitively with respect to the ports of neighbouring countries, “revealed Laharrague.

Vassallo, said that each of these meetings showed a noticeable sectoral improvement.

“At least, the fact that the President is there makes you pay attention to the issue,” he said, adding: “It really is a possibility to implement improvements in the sector for sure. Yes, every time the commitments are greater and this has to be a round trip. We can not claim anything else, everyone has to do their part in this process.”

The Government promotes a series of measures to boost the sector:-