The evolution and the future of organic fruit in Chile 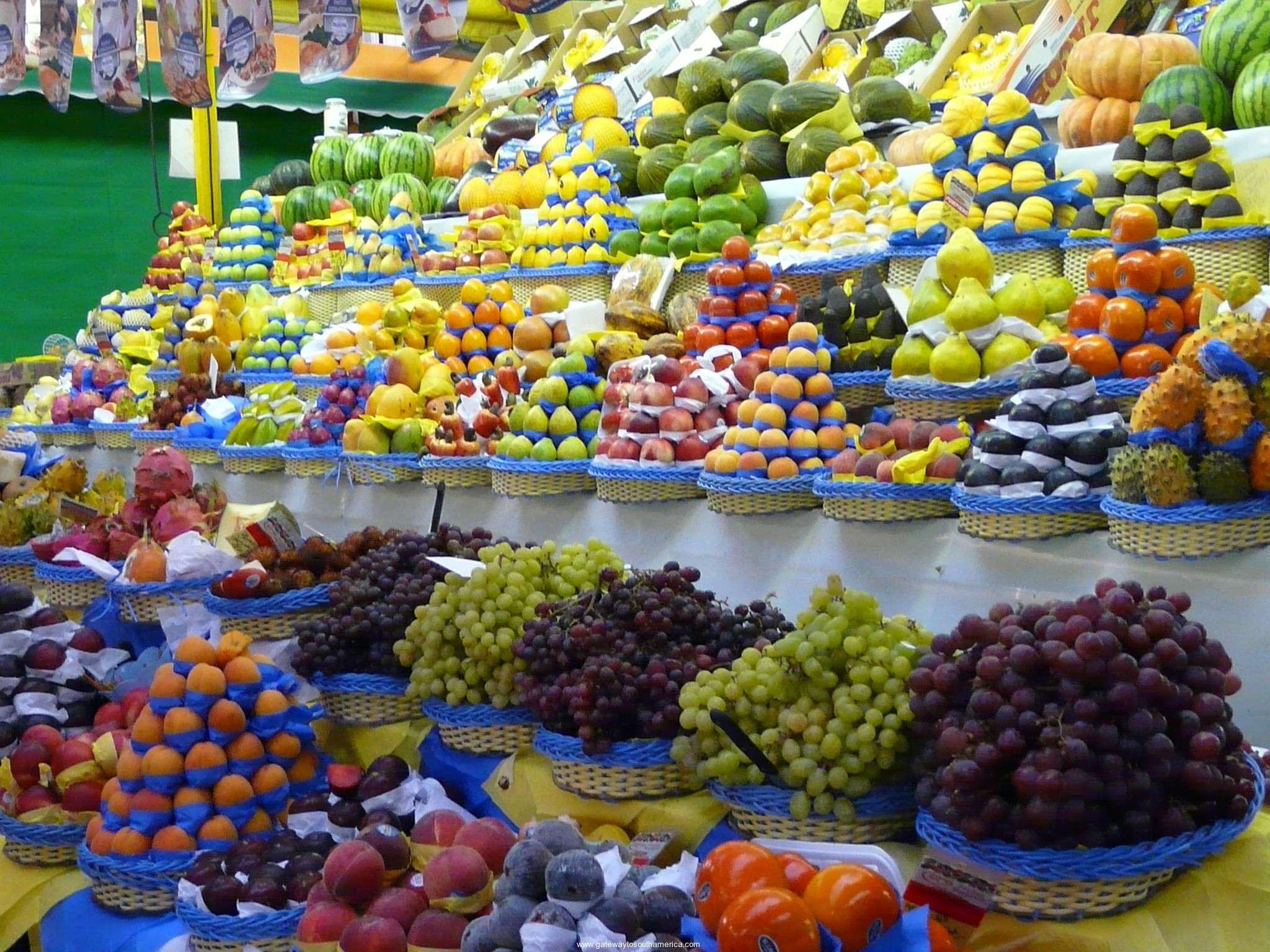 Without a doubt, Chile’s growth in organic fruit every day grows stronger: the increase in exports, the increase in the area planted, and the diversification of products.

The journey to get to this point, however, has not been easy and much remains to be done.

Olmué Fruit is dedicated to the cultivation and production of organics since the year 1994, when Max Hassler, founder and shareholder of this company began to freeze raspberries and blackberries grown organically in a plant in Curicó. Then a few years later they acquired what today is the Olmue fruit plant in Chillán.

He and other entrepreneurs now encourage and finance other farmers to invest in organic farming.

Years later, blueberry, strawberry, and asparagus were included in the products that the company currently freezes and exports to more than 35 countries.

José Miguel Cruz, commercial manager of the orchard, explains that “in terms of growth we have data from the last 10 years,  which rose around 10% annually in the past, but this year we managed  an increase of more than a 100% higher than what we did the Season 2016 – 2017 “.

In Olmué they process raspberries, strawberries, cultivated blackberry, blueberry, and asparagus. All commercialized in a frozen bulk format of 10 kilos or in a retail format of 500 grams or more. “Organic raspberry is the most relevant, reaching 60% of our production. Then follows strawberries with 18%, the blackberries and the cranberries with 10% each and close with 2% in asparagus, “says Cruz.

Another case is that of José Antonio Orueta, manager of production of Agricultural Zuria.

They have also dabbled in the cultivation of fresh fruits such as kiwifruit, apples, pears, cranberry, and grapes.

However, the latter ceased to be organic this season, “as we did not get better results in the finished product of organic wine versus conventional” explains Orueta.

Despite this, they have been growing other organic crops. They have four hectares of kiwifruit ready for the next season with plans for another 42 hectares. As regards blueberries, they are at a transitional stage and are currently in the process of planting 62 hectares, whilst they already have 20 hectares of apples and 10 hectares of pears respectively.

“What motivated us to enter this organic business was to diversify the products we offered to the market.

What happens with the Agricultural Zuria and the Frutícola Olmué is a clear reflection of what happens at a country and global level around this issue. According to the magazine El Campo de El Mercurio the Organic Agriculture Research Institute (Fibl) ensures that globally the number of organic producers increased 12.8% over the previous year and that the area grew 15% in a year reaching 57.8 million hectares.

The most important markets according to the agency are Germany, France and China.

CHILE WANTS TO STAY IN FRONT OF THE CHANGES

For the president of the Association of Fruit Exporters of Chile AG (ASOEX), Ronald Bown: “The organic category is growing, mainly due to the high demand in countries like the United States and Europe”. To this, he adds, “in Chile, 90% of the fresh fruit that is produced as organic is exported and the world recognizes the quality of it. In terms of value, this type of product exhibits prices between 10% and 30% higher than conventional fruit, becoming a real opportunity for the sector “.

This is confirmed by the commercial manager of Frutícola Olmué, “from the beginning, the most important market for us and for the industry in general has been North America, which reaches 85% of our export of frozen products in the last year” and adds ” In addition to the USA and Canada, new markets have appeared for us in the last five years, such as Australia and New Zealand, which today have 8% of our exports. The remaining 7% is exported to Europe, which is a market where we have been present for a longer time if we compare it with Oceania, but with a much slower growth “.

In our country, if we compare with data from 2014 delivered by the SAG, the certified organic surface rose 66% reaching 130 thousand hectares.

Ronald Bown says that recently, and in conjunction with ProChile, this year they participated for the first time in the most important organic products fair worldwide called BIOFACH that was held in February in Germany. “At that time, we mainly promoted the harvests, since the Committee of Cranberries of Chile, last season began to record this type of export, visualizing this category in its Crop Report, which can be an important differentiator for Chilean exports of this fruit “.

AGREEMENT WITH THE EEU

The president of ASOEX Ronald Bown is emphatic and clear in saying that “the agreement with organic production with the European Union, which has been in force since January 1st of this year, allows organic Chilean products to use the organic seal of  “The European Union”  which undoubtedly opens up great prospects for Chile’s organic fruit sector. Especially as Europe is a big consumer of organic products and the second destination market for Chilean fruits in this category “.

It should be mentioned that this agreement does not have any other country outside the European Union and allows a Chilean organic product, certified with the national standard, to be sold in Europe without additional controls. The agency in charge of making this type of agreement and overseeing organic production in Chile is the Livestock Agricultural Service.

Law 20,089 regulates the National System of Certification of Organic Agricultural Products, within which it is stipulated that all products denominated organic, biological or ecological must be duly certified by an entity registered in the Register of the National System of Organic Certification. Currently, the main certifying entities in our area are Ecocert Chile S.A and Bioaudita Ltda.

In Agrícola Zuria they say that regarding the productive process everything begins with a stage of transition that lasts three years and that must be certified by an authorized body for this, as those that were mentioned previously. “In our case, it’s Ecocert.

They ensure that the organic standards are followed for three years and then they give you your certificate as an organic producer. What is done during those three years is exactly the same thing that will be done in the rest of the period that this crop grows, which means practices that involve only the use of products authorized or certified by this same company. It is essential to know each of the products that they publish in a list. If they do not exist on that list, they mean they do not have certification and can not be used. “

Now, what are the products that can be used? What characteristics must they have?

These inputs have the peculiarity that they must be of a natural character, created based on fungi, bacteria and other microorganisms of native benefits for the use of organic agriculture and also conventional.

The important thing is that they are agricultural inputs developed based on vegetable or fermented microorganisms without chemical synthesis and that must be registered in the SAG.

Orueta is clear in saying that “the productive process consists of trying to manage throughout the year the cultivation both in nutrition and in the management of diseases with the tools that the system allows you, which are sometimes petty. In general, there are protocols that allow all species to work organically and with very good results. That’s why it’s important to put the crop in the right region, so you do not have to deal with pests. “

In his opinion, the most complicated thing is that the use of all fertilizers is prohibited, from nitrogen upwards. “That means you have to look for organic sources and the only organic sources are loose animal guano, for example. In our case we use some crops that can promote nitrogen, we have also tested with oats. The most difficult thing is to have vigorous plants, stable in time and requiring little fertilization “.

Ronald Bown shares this point of view: “It is necessary to strengthen the SAG to be able to control pests and other diseases that can affect the organic condition of an orchard or the export of its production”.

For the commercial manager of Frutícola Olmué José Miguel Cruz, one of the disadvantages faced by producers is that each country has its own legislation and producers must be certified for each one if wanting to export to those markets. This takes time and sometimes the entire processing of certificates is cumbersome.

This year there was a lot of progress with the agreement of equivalence of standards with the European Union, which will simplify the processing of organic certification for that market, but there is still much to do in line with the North American market, which is the main market in terms of volume for the frozen industry, “he says.

In addition to his opinion, “we must encourage the creation of a guild that organizes organic fruit producers. This guild existed and stopped working a couple of years ago due to lack of resources. Without a guild, the task becomes more difficult and the producers are left without support at the global level “.

What are organic inputs and how are they produced?

The CEO and president of Bio Insumo Nativa Spa, Paulo Escobar explains that organic inputs are products of natural origin derived from plants, microorganisms, natural minerals, viruses, among others, that do not contain any component that has been modified by man through an artificial synthesis process. Within its main characteristics, they have no risk to the environment and humans and are accredited by specialized agencies.

For him, “organic inputs are part of an ecosystem of production where they are one more component and their importance is that they have been able to develop an important battery of high technology products and effectiveness that makes it possible to reach a good term with the quality and performance that requires an organic or biological production crop, reducing losses in yield and profitability. “

Some organic inputs are: