The escape of farmed salmon could cause a catastrophe in the Chile fish industry. 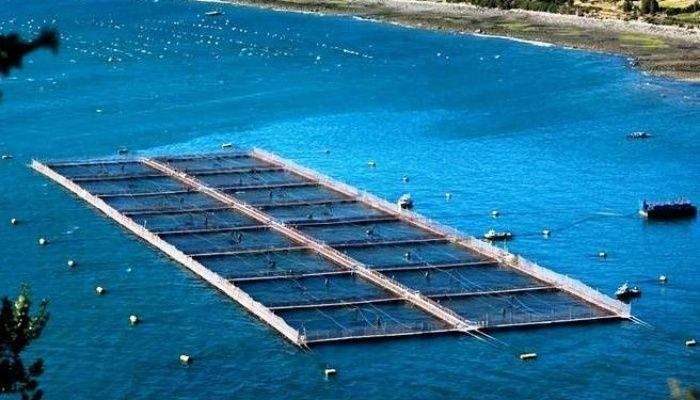 The fish that escaped were treated with antibiotics unfit for human consumption and could cause severe harm to allergic persons. The industry reported last year USD 4 billion of profits.

It happened three months ago when 690,000 Atlantic Salmon escaped from the centre Punta Redonda of the Norwegian company Marine Harvest, located on Huar island, next to the city of Puerto Montt.

The salmon fled after the 10 containment cages in which they were contained suffered severe structural damage due to the passage of a great storm that hit the coasts of the region, a thousand south of Santiago.

The Chilean government has asked environmental justice to close the salmon cultivation centre in the south of the Country. The reason? The fish that escaped were treated with antibiotics unfit for human consumption and can cause severe damage to allergic persons and, of course, and also to the environment.

Salmon escapes always occur “but the magnitude of the recorded break out is one of the largest that has occurred in a single event,” the Executive director of the environmental organization Oceana Chile van der Meer said.

Incidents have been always minimized because salmon Chile’s second export product, just after copper. The species that starred in the Escape (salmo Salar) produced in 2017 more than USD 4 billion of earnings, according to the Central Bank of Chile.

But it is also an invasive and predatory species, with the ability to directly or indirectly alter the composition and diversity of the biological community, according to the Superintendency of the Environment (SMA).

In this sense, the Chilean government and the environmental organizations agreed that the flight of fish is a serious and unprecedented act.

The danger to human health

But in addition, fish “could contain antibiotic residues whose reactions for people allergic to these drugs to be considered,” they said from SMA. According to Oceana, the Chilean salmon industry uses 1400 times more antibiotics per tonne of salmon than Norway, the largest producer.

Van der Meer explained that throughout the salmon cycle are done around two antibiotic treatments. Florfenicol is the product used to combat an intracellular bacteriological disease that impedes the growth of Fish. The process lasts about a week and then follows a quarantine period. Just before this stage the salmon from Marine Harvest escaped, which makes them a risk to human health.

M, the environmental impact would fall on ecosystems and native species of the sea, the “” of escaped salmon and the transmission of pathogens and diseases to other fish species.

“S escapes are considered the modifier action associated with salmon that affects a greater number of other species,” said Van der Meer.

Before this, the Superintendence of the environment (SMA) called this week an “urgent and transitory measure” to the environmental Tribunal of the city of Valdivia, to order “the closure of the operation of the salmon fattening center, whose owner is Marine Harvest Chile S.A., for a period of 30 consecutive days, for purely precautionary purposes. “

The Tribunal requested “some clarifications from the Superintendency on its request to make a decision”, according to AFP, a judicial source that requested a Reservation.

Environmental justice can impose sanctions that reach up to USD 7 million and also the definitive closure of the fish harvest.

Meanwhile, the national fisheries and aquaculture service filed a complaint with the SMA against Marine Harvest “for possible breaches in the maintenance and security of the infrastructure of the centre in Punta Redonda”.

In addition, Sernapesca demanded that Marine Harvest adopt “urgent measures” such as the temporary closure of the centre, the realization of reconnaissance overflights to rule out the emergence of dead species in the surrounding areas, a plan to dispose of the possible Remains and a recapture Program.

Marine Harvest announced that until Wednesday had recaptured 5.7% of the total salmon escape, a process that is supervised by Sernapesca, the Navy and the Chilean Police.

The General Law on Fisheries and Aquaculture establishes a period of 30 days for the company to recover at least 10% of escaped specimens, if this is not the case, and the existence of environmental damage is presumed.