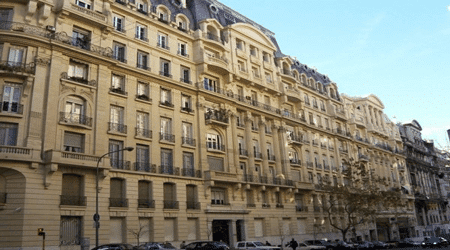 Gateway to South America on 29/11/2022 - 06:05 in All categories of countries are, Argentina Lifestyle, Argentina-General, Buenos Aires Residential

You may see them in Paris, London, New York, Milan or any other metropolis. Forever comparing with a mythical South American capital, they gesticulate in a strangely accented Spanish: “we have (do/get) that in Buenos Aires!”

They are the porteños (port dwellers), and you can´t call them boisterous: Buenos Aires is all those cities and then some.

Founded in 1580, the city received migrant waves from countries as diverse as Spain, Italy, England, the USA, China, Korea, Bolivia, Paraguay, Peru, Uruguay, Syria and Lebanon. This resulted in a vibrant and open metropolis –the most European in South America- global even before globalization. 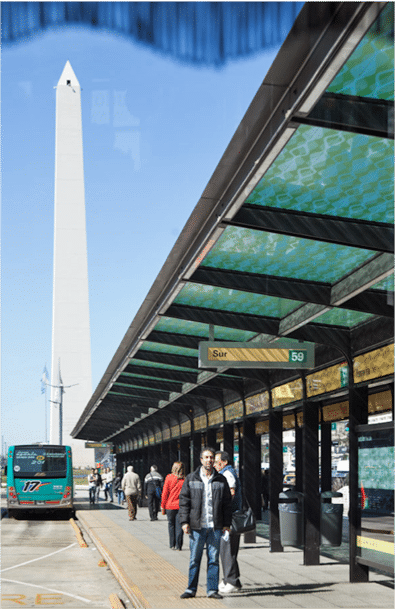 The Argentine capital has long been an outstanding tourist destination, seducing by emblematic neighbourhoods, numerous attractions, excellent local and international gastronomy options, soccer, tango arts and culture, shows and performances, shopping and nightlife. And, of course, the locals: open, friendly, exuberant, ingenious, beautifully groomed and always eager to go out with friends.

Many one-time visitors fall for the Queen of the Plata and relocate, also lured by the added advantages of excellent and low-cost public transport, dynamic and progressive city governance and quality housing options. Central neighbourhoods house a thriving ex-pat community, and many locals speak a second language.

Montserrat and San Telmo neighbourhoods guard the remains of the city’s colonial and early years and are nowadays home to the tango, antiques and street art scenes. Colourful façades, sidewalk cafés and a bohemian feel hide restored XIX-century strip houses of narrow but lush patios, skylights and brick walls. At all hours, one can watch or meet people from all over the world or play at being a local with the safety net of English widely spoken around.

The 1871 yellow fever epidemic forced wealthy families to move north and build magnificent townhouses influenced by Parisian styles. Recoleta neighbourhood went directly from small farms and a cemetery to be the most cultured and European area of Buenos Aires. Wide tree-lined avenues are flanked by petit hotels and small palaces now converted into apartments, with fashionable boutiques and restaurants in the ground floor. On the Eastern limit, Libertador Avenue is bordered by parks and plazas that form a “museum mile” with many cultural establishments where art lovers can see and be seen.

Between 1920 and 1990, the city grew, developing new neighbourhoods (barrios) where people gathered around a social and sporting club, a corner café or a cinema that gave them a perceived identity. Tangos spoke of “100 barrios porteños”. Palermo was once the land of guapos y malevos (braves and outlaws) described by its most famous son Jorge Luis Borges in poems and stories. Modern-day Palermo is the trendiest area, with sub-districts Palermo Hollywood (home to advertising, film and TV producers and video games firms) and Palermo Soho (home of the artsy scene). Cobbled streets with hundreds of low-rise renovated houses, cafés, bistros, and trendy shops are filled at all hours with locals and tourists out for a meal, shopping or club hunting. New construction is devoted to boutique hotels, residential buildings, and architectural offices. Not in vain was Buenos Aires the first UNESCO-appointed City of Design.

In the direction of the river, Palermo Woods parks are the gathering place of hundreds who stroll, jog, bike, roller, row, exercise, picnic, bird watch, play football, visit the Planetarium, the Zoo or the Botanical Gardens or go for an oriental meal at the Japanese Garden restaurant. The area is also home to the Hippodrome, a golf course, a polo stadium and the Rural Association Fair Grounds.

Since the 1990s, the sprawling megalopolis’s urban problems have encouraged the recovery of downtown areas. Right in the centre of Buenos Aires, the old port installations (abandoned since 1930) gave way to Puerto Madero, a 170 hectares development. Work began converting the old warehouses into lofts and restaurants along a dockside walkway. On the other bank, there is a new layout, with high-end residential buildings, both mid and high-rise, some still in the development phase. The project is complemented by public parks, museums, hotels and office buildings and has become the most international area in the city and a financial hub. Bordering the River Plate is a 350 hectares ecological reserve. The main ferry terminal is also in Puerto Madero, providing easy access to Uruguay.

As of 1994, the inner city or Capital Federal has an autonomous government and its constitution. Engineer Mauricio Macri -Governor since 2007– has led many changes aiming to transform the 48 Buenos Aires Autonomous City (CABA) neighbourhood into a green, inclusive, international, innovative and cultural metropolis.

Parallel to this decentralization process, a Sustainable Mobility Plan prioritizes public transport and eco-transport and strives for safer and more ordered transit. The subway is being extended and modernized, the free public bike system and dedicated lanes are growing, a new urban metropolitan bus network with dedicated traffic lanes and many railroad crossings have been excavated. The multimodel metro card facilitates moving across the city, reducing emissions. More and more central streets are pedestrianized, with improved street lighting and green spaces.

The city elections were won by Horacio Rodríguez Larreta, of the same PRO party, so the urban improvements are expected to continue.