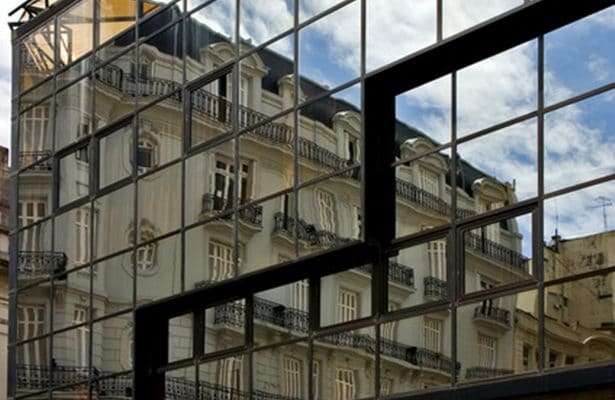 Palace in a window in the centre Buenos Aires
Gateway to South America on 19/11/2018 - 07:58 in All categories of countries are, Argentina Lifestyle, Argentina-General, Buenos Aires Residential

Whether you are thinking about buying a second home or to live in Buenos Aires as a retiree, this is the perfect time to buy a property. The elimination of exchange restrictions has opened up all markets in Argentina. Right now there are many opportunities in Buenos Aires that will not be repeated, in terms of both the prices of properties and excellent and well-located apartments with spectacular views.

Buenos Aires, capital of Argentina, is a metropolis with over 12 million inhabitants. It consists of the province of Buenos Aires and the Autonomous City of Buenos Aires, also called the Capital Federal, in turn, divided into 48 districts or neighborhoods.

How to get about

Buenos Aires – It is still Paris in South America

Buenos Aires is a beautiful city with numerous parks and wide avenues that border the grid plan. French influence in architectural terms is seen in its monuments and major European opera houses that have become symbols and icons of the sophistication of the city more than a century ago when the land wealth of Argentina turned to building a city of Parisian style. 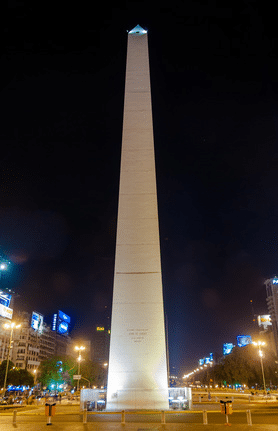 But it is not a copy of Paris; it is the exquisite, dazzling and subtle Light city carefully constructed and better preserved in America. Conservationists continue to campaign to have older structures restored and to maintain the architectural heritage of the city.

In Buenos Aires, there are no restrictions on ownership by non-resident foreigners. Most international buyers come from the US and Europe.

Buenos Aires has a friendly culture, mainly composed of the sons and grandsons of European immigrants, a multicultural melting pot with sizzling nightlife.

Apart from a city being nice and entertaining for tourists, it must have many other qualities to be a good place of residence. Here are some of the many important reasons to choose Buenos Aires to buy a property as a second home, to live as a retiree or just as a very profitable investment.

In medicine, Argentina, particularly Buenos Aires, has world-class standards. Whether in services and aesthetic medicine, it has become a world reference center. The value of the procedures is highly competitive, about 50 percent cheaper than in the United States or Europe.

In Buenos Aires, there is a public health system as well as private providers that foreigners can adhere to. There is a wide range of private insurance to choose from, both national and international. Some clinics offer health plans that expatriates and residents can enroll in. Hospital Austral    Hospital Italiano 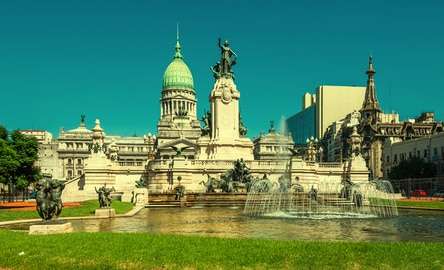 The subway is the oldest in Latin America – having opened in 1913 – and is the fastest way to get around and services are frequent.

The highest concentration of museums is in what is known as Museum Mile, a stretch of a mile of the Av. Del Libertador from Recoleta to Palermo. There four museums are located which are dedicated to art in its various forms: modern art, classical art, Latin American art, and design. A very special museum dedicated to Eva Peron, Buenos Aires’ cultural icon, captures the interest of all Argentineans. 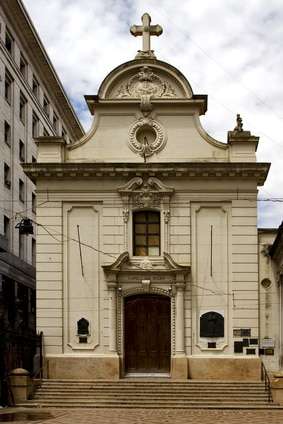 Sky cloud cross at top in old Capilla San Roque, in the center of Buenos Aires

Once a year, nearly 200 museums and cultural spaces throughout the city open their doors for free, with all participating places staying open until 3am. Another cultural circuit, known as the Gallery Nights, is held several times a year in the Palermo and Recoleta / Barrio Norte areas. More than 60 art galleries and small private collections open their doors to show their exhibits and artists.

If anything, the city can boast about its very wide range of theaters – over 300 of them – making Buenos Aires the city with the most intense theatrical activity in Latin America and the fourth worldwide with the most theaters.

In short, the cultural movement in Buenos Aires is inexhaustible; every day there is something new to see: music, visual arts, and the tango. The tango is a permanent source of expression of the Argentine way, past and present at once. Always and in every corner of the city will be found a space dedicated to the tango.

Catholic, Christians, Jews, and Muslims all live in Buenos Aires. Mosques and churches are part of the cultural heritage of the city. There are different religious tours at different times each week. Currently, the most successful tours are walking around the places where Francisco the Pope lived. 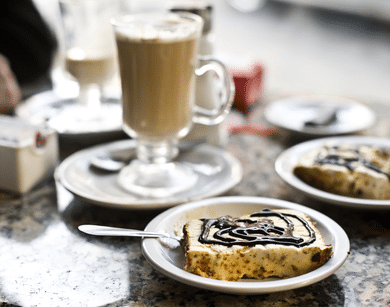 Argentina is famous for the quality and variety of meat. Traditionally prepared on wood, it is always time to enjoy a good barbecue. Buenos Aires also has a wide and varied cuisine including international cuisine offerings. Vegans and vegetarians also find they are catered for amongst the traditional Argentinean food.

The average temperature is 18C and usually, there is a moderate daily temperature range. The climate of Buenos Aires is characterized as temperate: humid with warm summers and cool winters. The most abundant rainfall is in summer, heavily influenced by the Rio de la Plata. As part of the temperate zone, the thermal variation is distinct from one season to another.

There is no property sale capital gains tax in Argentina for private homes. When the property is sold, that revenue does not generate taxes.

Buenos Aires is a relatively safe city. It is advisable to take the usual precautions for your own safety that you would in any big city: no walking in parks at night or in deserted streets and avenues. When you walk down the street, do not show cash or display valuables. It is always advisable to carry documents and money in front pockets. Consulate of Chile in BA. 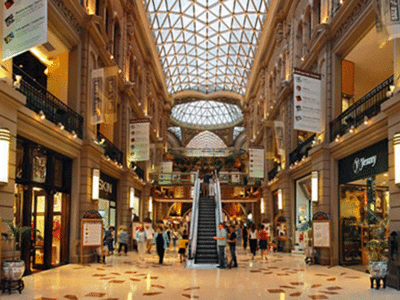 Visiting the shopping malls is one of the most recommended activities. Buenos Aires has fashion and design commercial circuits such as the Palermo area, Soho, Santa Fe Avenue and Florida Street.

For those looking for affordable opportunities, these outlets are an excellent choice.