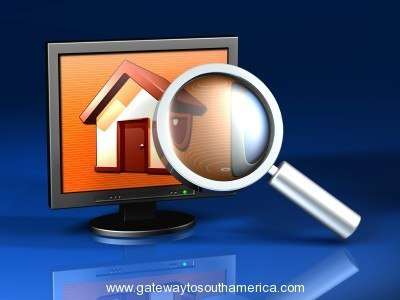 Gateway to South America on 04/11/2012 - 23:08 in All categories of countries are, Brasil Residential, Brasil-general en, Brazil Farms en

Brazil has recently altered its money laundering law. The new bill has tightened the government’s grip on most of the investment operations and has significantly broadened financial institutions’ and investment brokers’ duties to report suspicious activities. Since the reporting of suspicious activities may trigger an investigation, it is important for foreign investors to understand how they can, at the same time, keep their privacy and still benefit from the Brazilian market, especially the Brazilian stock market.
Know your customer way too much

In 2000, the Brazilian Monetary Council (CMN) published Resolution 2.689, which regulated investments made by non-residents in the Brazilian stock market. In 2005, the Brazilian Stock Exchange Commission (CVM) issued Instruction 419, which created a simplified registration for non-resident investors.

The aforementioned rules were balanced and adequate. They did ask for identification of the investor but did not requested it to provide excruciating details about the origin of the funds or, in case of companies, the complete list of its shareholders or beneficial owners. Since then, the scenario has changed dramatically. In March, the Brazilian Central Bank (BACEN) issued the Carta Circular n. 3.542. This regulation advanced a list of suspicious activities that banks should monitor in order to prevent money laundering by its clients.

Among an endless list of activities, one is certain to call the attention of Latin American investors: Article 1 states that the simple fact of being located in a tax haven or in a country that enforces secrecy more vigorously is enough to characterize the investor as a potential money launderer.

That is to say: Any investor who chooses to concentrate his or her pool of funds in any of the many Latin American tax havens is automatically subject to scrutiny by Brazilian banks, who will treat her/him as a potential criminal.

Article 1 also prescribes that the beneficial owner of the investment must be identifiable at all times; otherwise the investment shall be characterized as highly suspicious. The beneficial owner, in this context, means the original owner of the funds, after any layers of corporate veils have been lifted. In other words, the individual who owns shares in a company that has a subsidiary in a tax haven cannot, in principle, invest through the tax haven’s subsidiary without identifying himself first.

I. From now on, any activity with the purpose of concealing money originated from any kind of felony or crime will suffice as grounds for accusation of money laundering.
This is very drastic, because the expression “concealing” may have several meanings, among them:
a) take the money away from the banking system;
b) not offering funds to taxation;
c) detach the possession of the money from oneself, either through a chain of companies or through the use of proxies or representatives.
Also, since the origin of the money now must be 100% pristine, it is reasonable to fear that the incorrect collection of taxes or mistakes in the filing of tax forms might be used by the government as an excuse to taint the origin of the money, even when the underlying transaction is legitimate.

II: The list of whistle-blowers has been expanded. Now, any advisor that deals with financial transaction, including accountants and economists, is obliged to report suspicious behaviour or activities to the government.

Moreover, brokers in real estate and other transactions (such as art, cattle or other auctions) must also keep records of their clients and report suspicious activities. The only professionals that, theoretically, are exempt from this duty to report are lawyers (although other classes are currently discussing the issue in Brazilian courts).

I want to remain legal. What do I do?
In the current Brazilian scenario, the challenge is not to remain legal (that is, to make legitimate investments) but to look legal, to transpire transparency and credibility in order to avoid investigations.

The best ways to do so is make initial contacts with brokerage firms, banks, etc, and explain the legitimate origin of the funds, as well as testify on the investment’s legitimacy. Keeping sound records of the origin of the funds and of the payment of applicable taxes in Brazil is also a good way to protect oneself from future investigations.

In the case of real estate investments, the investors should always select the broker with utmost care and formalize all previous negotiations with him, stressing the legality of the funds. The same is true for contacts with stock brokers. And, above all, hire a good lawyer and trust him. He will act as your ambassador before the Brazilian financial system.
↑Return