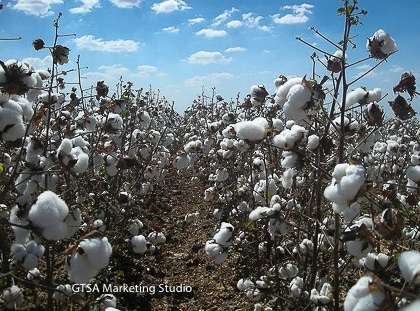 Growers in the US have traditionally relied on a distribution system where they had little access to comparable data and opaque pricing of everything from seeds to fertilisers to pesticides. But the combination of falling prices amid bumper crops, consolidation of agricultural groups and the US trade war with China has forced them to seek ways to shore up revenues.

Backed by investors such as Google’s venture capital fund and Temasek, Singapore’s state investment fund, the California-based company is among a handful of agricultural start-ups looking to establish themselves as independent businesses, rather than be swallowed up by larger agricultural groups.

“The farmer is the least profitable participant in the farm supply chain,” says Mr Baron, adding that growers bear more risk than the companies they purchase from and sell to. “We found [out] through our growers just how frustrated farmers are with the structure of the agricultural industry.”

Agritech is attracting a diverse range of investors. And large funding rounds — FBN raised $110m last year and is now valued at $660m by Pitchbook, a data provider on private companies — are providing the foundation for the first wave of start-ups with the potential to be valued at $1bn. The single most important reason for this interest is innovation. It is not simply changing agriculture and food production, bringing in more transparency and new products as well as shortening supply chains — it is also offering investors such as SoftBank, Google and sovereign wealth funds a road map they recognise from other industries that have been transformed by technology.

One of these disruptors is Indigo

Indigo hunts out naturally occurring organisms such as bacteria and fungi to coat the seeds of grains to aid plant growth. It has also created what it calls a “farmers’ eBay”, an online marketplace which matches buyers and sellers of grains and oilseeds. Amid rising worries about the overuse of synthetic agricultural chemicals such as fertilisers and the environmental damage they cause, the microbial segment occupied by Indigo is one of the sectors attracting most investor activity.

Mr Perry and co-founder Geoffrey von Maltzahn, Indigo’s chief innovation officer, have launched a partnership with 80 large-scale farmers to trial the company’s microbial products. “The product works,” says Jeremy Jack, a grower based in Mississippi farming a wide range of grains and cotton, who has been trialling Indigo’s microbial product on his rice crop.

He has yet to harvest the data, but adds: “The science behind it is real.” Indigo’s most recent funding round raised $250m from backers including the Investment Corporation of Dubai, a sovereign wealth fund, bringing its total financing to more than $650m. Pitchbook estimates its value at $3.2bn. The worry for some specialist investors is that the new-found enthusiasm for agriculture has helped inflate valuations, which could hurt both start-ups and the wider sector. The main issue when valuing start-ups, says Niccolo Manzoni of Five Seasons Ventures, a Paris-based agricultural venture capital firm, is the paucity of data.

Microbes The power to protect against drought

When Geoffrey von Maltzahn, its chief innovation officer, started Indigo, it was based on the idea that the evolutionary principles of microbes interacting with the human body were similar to that of plants. For more than a century, scientists have been aware of the impact of microorganisms in the gut, but it is only in the past 20 years they have come to grips with how they function and affect human health. Indigo coats seeds with microbes, which it says will provide protection against stresses such as drought, as well as improving yields. “The advances in [DNA] sequencing technology, as well as computational tools, [meant] we could potentially go about beginning to understand some of the fundamental relationships of these communities in some of the largest crops in the world,” he says.

The spotlight on the use of for agriculture comes amid a rise in environmental concerns over the use of chemicals such as pesticides and fertilisers, blamed for a decline in soil fertility and water pollution. The agricultural industry’s interest in microbial is not new. In 2013 Monsanto, the seeds and chemicals announced its alliance with Novozymes, a Danish industrial biological company.

Since then, interest has grown and in 2017 more than $860m across 35 deals was invested in the sector, according to Finistere, the venture capital group, making it the single largest investment area for last year. Bayer entered a joint venture with US start-up Ginkgo Bioworks, while Zymergen raised $160m in a round with SoftBank. Other microbial start-ups include Pivot Bio. Indigo has collected more than 60,000 microbes and, through machine learning and data tools, brings those microbes into traditional greenhouse and field trials.