Synthetic meats are on their way, but farmers could be left behind 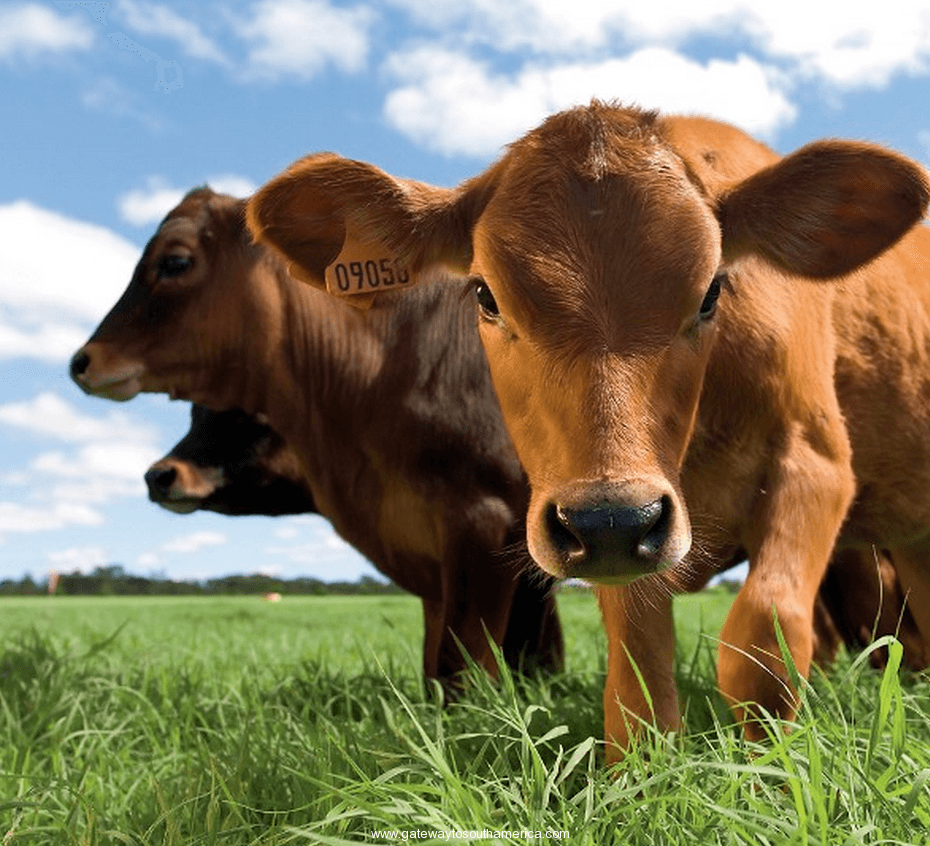 This controversial article was recently published in New Zealand newspapers but could equally, apply to South American dairy and beef producers.

New Zealand’s agricultural sector has been having a rough time of late. If waking up to a center-left government wasn’t enough of a nightmare for most Kiwi farmers, then the negative media attention the industry has been racking up in recent weeks should be.

For decades, our agriculture sector and farming community have enjoyed prized economic-darling status in New Zealand. Policy makers, ministers and farmers alike have been convinced that agriculture is untouchable and that the lucrative wave of creamy dairy milk and premium cuts of red meat on the global market would last forever – even if private farmer profits did come at a broader social and environmental cost for the nation.

But unless you’ve been hiding out in Siberia on an extended sojourn (which may actually seem like a good idea for the average Kiwi farmer under the new Jacinda-Winston government), it’s no secret agriculture in NZ has become a highly political and contentious issue.

Understandably so. Despite the industry’s many attempts to clean up its poor environmental performance, repeated instances of environmental foul play (especially in the dairy community) continue to prevail. Three weeks ago, Southland Federated Farmers president Allan Baird admitted a charge of discharging dairy effluent onto his farm in October last year. Intentional or otherwise, such an admission by an agricultural leader of such senior stature in the industry makes a total mockery of any positive PR the industry has achieved and further erodes the dairy industry’s already shaky environmental reputation.

Then, only last week, the Ministry of Primary Industries (MPI) ordered the devastating cull of 4000 cattle valued up to $8 million on farms infected with the disease Mycoplasma bovis. The disease has been plaguing the industry since July and is known for causing mastitis, arthritis, pneumonia and late-term abortions in cows and calves, as well as rare infections in sheep, goats and other animals.

Yes, MPI, Federated Farmers and Beef + Lamb can be commended for taking the necessary measures to contain the disease in order to avoid wiping out NZ’s farming stock in its entirety. But the culling of such huge numbers of our valuable premium export-earning livestock casts a spotlight on just how unwise it is for a nation to hedge the bulk of its economy on commodity livestock farming – an industry that is not only incredibly environmentally flawed, but also highly susceptible to animal health and safety risks.

But the biggest threat to the industry? That has to be synthetic biology. In a keynote at the recent NZBio Conference, chief science advisor Sir Peter Gluckman said that the rise of synthetic foods produced without animals – especially staple proteins like meat, milk and dairy – is an existential threat to the agricultural sector, and poses a very real risk to the future of New Zealand’s economy.

I wholeheartedly agree. For some years now I have been pushing this message to our leaders, policy makers, and farmers. Through the course of my work abroad, I’ve had firsthand experience with plant-based protein and synthetic meat companies and “future foods” research organisations, and I’ve gained intimate knowledge and insight into the scope of their ambitions.

It’s easy to see how our fixation with the idea that pasture-raised food products will always be superior has come about: New Zealand’s farming industry and media alike have an obsession with referring to these new forms of protein as “synthetic”,  “fake”,  “GMO” or “lab grown” – in other words, less than palatable faux versions of NZ pasture-raised living animals. Even people who should know better – like Peter Gluckman and even, on occasion myself – are guilty of referring to these new foods this way.

Impossible Foods’ burger that actually bleeds is made from plants. And cultured meat like the now famed Mosa Meat patty and Memphis Meats meatballs, for example, are DNA-identical versions of the same animal cells and proteins we already eat – just without the animal, and produced at a fraction of the environmental harm. So to say these foods are unnatural, fake and synthetic is like saying an IVF baby is less natural than a naturally conceived one. Growing animal cells outside a living animal doesn’t make it GMO either, since these companies aren’t editing or modifying the cells – they are just growing them.

But will people want to eat cultured animal proteins? Market research is increasingly showing that the answer is yes.Y

While Gluckman is absolutely on the money about the risk synthetic proteins pose to agrarian nations like New Zealand, I’m not so sure about his timings. Gluckman predicts that in the next 20 to 25 years most milk sold worldwide will be synthetic (i.e produced in vat, like beer is in a brewery today). It will likely be a little longer before scientists can truly replicate animal meat like a juicy steak, he says. To me, this timeline seems too conservative. And for the entrepreneurs pioneering the field, and the savvy venture partners funding them (Richard Branson, Bill Gates, Sergey Brin and Tyson Foods, to name a few), the thought of it taking 20 years for these ethical, tasty and sustainable alternative protein and food products to hit the market en masse is laughable.

Professor Mark Post, a pharmacologist and tissue engineer at the University of Maastricht and the man who created the world’s first clean meat (i.e cultured meat burger), recently warned farmers of the risks cellular agriculture and synthetic foods pose to economies like New Zealand’s. I heard him speak on a panel at New Harvest’s Cellular Agriculture conference earlier this month in Brooklyn, New York, and his message was loud and clear. Even pastoral farming systems like ours, no matter how superior our farmers think they are, are not immune to the rising tide of synthetic food. “We are focused on (eliminating) factory farming, but the fact of the matter is that we don’t live in an isolated world,” Post said. “So I don’t want to give any illusion that small-holder farmers are safe. I don’t want to give the illusion that any farmers are safe.”

The problem is that our farmers and other players within New Zealand’s primary industries are almost entirely in denial, or unaware, about the strong science and commercial progress of synthetic meat.

Even New Zealand farmer Richard Fowler, who knows more than most of his peers about the potential of cellular agriculture, and who spoke on the same panel as Mark Post at the New Harvest conference, seemed to be largely dismissive of synthetic protein’s potential to wipe out New Zealand’s livestock and dairy farming. “If there is a genuinely better way to feed the world and it’s not agriculture, why would we keep going?” he said. “But fundamentally, I don’t believe that at the moment. I am optimistic about the future of (NZ) agriculture as it stands now.”  Just mind-boggling.

As cellular agriculture gains momentum and increasing consumer acceptance, there’s no doubt that it will win the battle against food production that uses live animals. Not just because of its ethical, social and environmental benefits, but because economics and consumer demands will prevail.

I get that no one wants to be the bearer of bad news. That telling your farming fanbase that their prized cows are about to be made obsolete by science, technology, and synthetic biology is a tough sell, especially for the likes of Fonterra, whose role is large to appease Kiwi farmers. But reassuring farmers and the general public that the world is always going to want to consume New Zealand meat and milk over synthetic alternatives is not only ignorant but wildly irresponsible – for farmers, and for the long-term future of our nation as a whole. And it’s a mindset and national conversation that needs to be changed if we are to ensure our land-based industries and economy have a hope of surviving. Toute de suite.

Dr Rosie Bosworth is a future of foods strategist and communications specialist, with an appetite for finding ways to improve sustainability and resilience for agricultural and food systems.