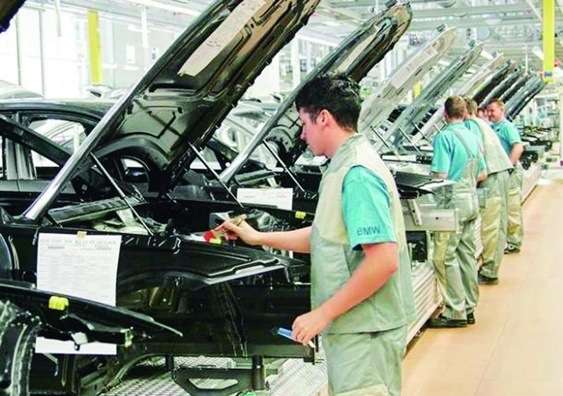 The sustained development of Paraguay has been recognised by the International Monetary Fund, which has updated its growth forecast to 3.5% for 2016. In previous months, this figure had already been adjusted upward by other observers, such as BBVA Research.

For its part, in anticipation of 2017, the IMF has set a projection of 3.6%. This projection assumes that inflation will be controlled at around 4.1% and that the unemployment rate will continue to decline, from 5.9% this year to 5.5% in 2017.

It is important to stress that this sustained development of Paraguay is not a flash in the pan. For several years, controlled government expenditure has been maintained, and overall the country’s finances are balanced. In simple language, it spends only what it can, and borrows only the minimum, for infrastructure development.

In contrast, large neighbours and traditional partners of Paraguay show negative growth figures for this year, especially Brazil, for which the International Monetary Fund estimates 2016 will end with growth of -3.3%, while maintaining relative optimism in the sense that Brazil will improve the trend this last quarter, and will achieve a positive figure in 2017.

In relation to Argentina, the IMF estimates that it will close the year with -1.8%. We should point out that this negative figure is primarily due to adjustment of the economy in relation to actual performance, having been clipped of subsidies and other distortions that heavily influenced the figures in the past – more than a year ago.

Regarding 2017, Argentina will begin to reap the benefits of the efforts made this year by the new government, and with a good strong boost of confidence will end 2017 with 2.7% growth.

Recognition of the international trade press

The statements of the International Monetary Fund about the economy of Paraguay only confirms the views of prestigious publications such as The Economist and the Financial Times, with headlines such as “The surprising success of a landlocked country.” The magazine The Banker highlighted eight continuous years of fiscal surplus for Paraguay, low inflation compared to the average of the region, and the reserve currency more than doubling its debt.

All the above has also been endorsed by our team, which in previous editions has highlighted the remarkable progress of Paraguay. We are concerned with all of South America, so we see firsthand that the economy shows that it is sustaining very positive figures.

However, without detracting from the figures, which are optimal, the best signal is the optimism seen in their own people: the ordinary citizens of Paraguay feel confident that their future will be better every day. 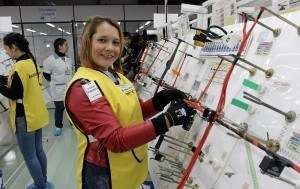 Other factors of the sustained development of Paraguay

Traditionally, Paraguay has mostly had an economy based on agriculture and livestock.

The government of President Cartes and the governments that have preceded his over the last 15 years have been very careful managing tight budgets.

When credit expenses in several countries in the region were not guaranteed,  Paraguay adopted sobriety in spending as a state policy. Today, and deservedly so, the president is rewarded. While other countries face the always difficult and painful process of cuts in spending and investment, Paraguay has its house in order and has plenty of room for further growth.

In developing policies that attract more investment and greater wealth, it is the low tax rate which succeeds. Paraguay has the lowest rate in the region, being only 10%.

Among the many factors behind the development of a small economy like the Paraguayan one, is the arrival of more than a dozen maquiladoras (or manufacturing operations) in Ciudad del Este. In total more than 70 companies have settled in Paraguay in the last three years.

A big attraction are the low tax rates and lower labour costs, as well as a young and enthusiastic pool of workers.

The negatives (nothing in this world is perfect) include the road infrastructure, which needs improvement. Energy production is highly dependent on rainfall; for long periods Paraguay exports its surplus energy to Brazil. However, there are seasons where there is not enough to cover domestic demand. The energy matrix is being researched so that it can expand in the coming years.

The third factor is the labour law, a pending issue that involves legislators being committed to the enactment of laws that protect workers without harming the development of productive enterprises and which, in turn, are a source of more work.

These are points that need to be addressed to realise the country’s projects. There is a plan to produce goods which, to date, are imported from Asia, and sell them to Mercosur.

Participation in the MERCOSUR Treaty and its privileged geographical location give Paraguay comparative advantages over the industrial potential of other countries in the region.

While oil prices are low, imports from Asia are still considered as more favourable commercially. Eventually, however, those political factors which have depressed the price, will change. Paraguay is already planning where to be at that time.

Import costs, with respect to local produce, are identical to those of other Asian countries. At the time transport costs will increase prices, the arrival of more maquila companies is expected. A later wave is expected to encompass the large service companies that so far have shown no interest in the domestic market of Paraguay. 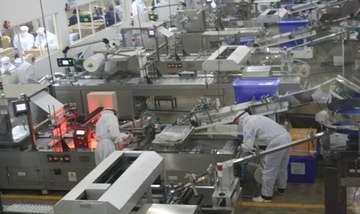 “Paraguayan meat wins silver medal in Europe” is not only a headline that accounts for the success of a contest in “The Lookout” in London, where premium meat products surpassed US, Argentina, Brazil and Uruguay, it also represents the quality of meat exported from Paraguay.

Furthermore, government and union policy, as well as participation in exhibitions and competitions, involves work to position premium products for better rates of return. Therefore, the creation of a “Paraguayan Institute of Meat” is being investigated, to support producers and the marketing chain, in order to deliver their products in perfect condition to all markets, no matter how distant they are.

When fortune smiles, successes add up. While the inclement weather of neighbouring countries has caused a loss and a decline in the quality of grains, Paraguay has had a record performance in terms of quality and quantity, especially the wheat crop of 2016.

Contact the Gateway to South America team to learn about the best investment opportunities in the region. The company is a benchmark for foreign investors wishing to invest in Argentina, Brazil, Chile, http://www.gtsa-paraguay.comParaguay, Peru and Uruguay, providing expert advice on property acquisition and disposal.