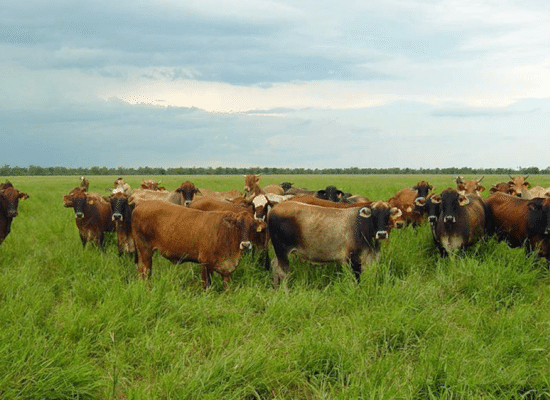 Paraguay is emerging as a little-recognized beacon of economic success in South America.

It would have been all too easy for foreigners visiting Paraguay at the turn of the 21st century to dismiss the landlocked country as little more than a languid backwater — scarred by a history of war, dictatorship and corruption, and with dim prospects. If they were to return now, they would hardly recognize the place.

Gleaming skyscrapers have sprouted up across the capital, Asunción, over the past decade, a testament to the national rates of economic growth that are the envy of the rest of Latin America. Over the past 15 years, Paraguay’s growth has averaged 4.5 percent. Gross domestic product has increased from about $7 billion in 2003 to almost $40 billion today, and Paraguay’s middle class has doubled in size. Per capita GDP has climbed above $5,800 a year, according to 2017 World Bank figures, considerably lower than, for example, neighboring Brazil, but the share of the population living in poverty has fallen sharply since the early years of the century.

Historically, Paraguayan development was set back by two devastating wars, one in the 1860s and ’70s and another in the 1930s, with neighboring countries. The economy slumbered through much of the 35 years of dictatorship under General Alfredo Stroessner, who was overthrown in 1989. With Paraguay having enjoyed 30 years of democracy since then, the question is whether its economic performance can last, in particular given that it remains one of the poorest countries in South America.

WE HAVE HAD THE SAME CURRENCY FOR THE LAST 75 YEARS. ARGENTINA TOOK SIX ZEROS OFF ITS CURRENCY OVER THE SAME PERIOD.

Paraguay did very well during the commodities boom of the past 15 years or so, says Dionisio Borda, who has served as finance minister twice since 2003 and is credited for laying the foundations of much of the country’s economic progress. “But the system is not sustainable,” he adds. A good deal of Paraguay’s recent growth was fueled by a big jump in soy and beef exports, and it is now among the world’s top 10 exporters of both commodities. Experts agree, however, that the country must diversify its economy further.

“We can’t just keep exporting soya and beef,” says Bruno Defelippe, a local technology entrepreneur focused on accelerating the growth of startups. He and others point to large swaths of Atlantic forest that were cut down in eastern Paraguay in the name of economic development. Further deforestation in the dry, sparsely populated Chaco region in the west is feared.

“Paraguay is a landlocked country, and there are still many business people who are mentally landlocked,” Defelippe adds.

Greater foreign investment is widely regarded as the essential ingredient for Paraguay’s continued growth. Weak institutions remain a serious concern for investors. Notably, the judiciary lacks independence from a legislature that was given sweeping powers to appoint and remove judges in order to dilute the supremacy of the presidency after the fall of Stroessner. Since then, politicians have meddled often with the judiciary to protect private interests.

Efraín Alegre, a former public works minister who, as a candidate for the Authentic Radical Liberal Party, lost to President Mario Abdo Benítez in last year’s elections, is skeptical. With the ruling Colorado Party in power for most of the past seven decades, he says it has installed a “totalitarian model” in which the party controls the judiciary and the entire public sector. He describes a blurring of the boundaries between business and politics, where patronage and “clientelism” reign. Paraguay, where smuggling, drug trafficking and money laundering remain features of life, is, he fears, “incapable of change.”

The country does face a challenge to make its public sector more efficient and transparent. Meanwhile, its informal sector of unmonitored vendors, artisans and others scratching out a living is estimated to account for at least a third of the economy. More than two-thirds of the workforce are thought to earn less than the monthly minimum wage of $330.

A pending fiscal reform aims to increase government revenue by about 1 percent of GDP, without changing the overall tax burden for businesses (about 10 percent). Although Paraguay has some of the lowest taxes in the world, the proposed measures have prompted fierce resistance from the private sector. It argues that while fiscal receipts have increased sevenfold since 2004, state spending has increased even more. Marcos Medina, a former agriculture minister, compares the state to an “immature teenager” that cannot be trusted with more money.

Yet Paraguay boasts one of Latin America’s most stable economies, largely sidestepping the recessions that have hit neighboring Brazil and Argentina. “We have had the same currency [the guaraní] for the last 75 years,” says Santiago Peña, a former finance minister. “Argentina took six zeros off its currency over the same period.”

Paraguay has a strict law that prevents the fiscal deficit from exceeding 1.5 percent of GDP. Foreign investors enjoy low tax, labor and electricity costs, the latter thanks to the enormous Itaipu hydroelectric dam that the country shares with Brazil. Though more foreign direct investment would be welcome, it has risen from less than $1 billion in 2003 to more than $6 billion in 2017, mostly from the U.S., Brazil and Spain.

Demography is on Paraguay’s side. With 75 percent of its 7 million people under 40, it has one of Latin America’s youngest populations. Social policy experts caution, however, that pending education reforms must be successful in meeting the needs and aspirations of the nation’s young people. Benigno López, the country’s current finance minister, argues that reforms aimed at improving health and education, diversifying the economy and improving the efficacy of public spending will allow growth of 6 to 7 percent in the years to come.

“Today we have a macroeconomy that is very good,” he notes of the successes of the past 15 years, “but our social indicators are very bad.” With the right policies, he adds, “15 years from now, the two sides of the coin will be at the same level.”