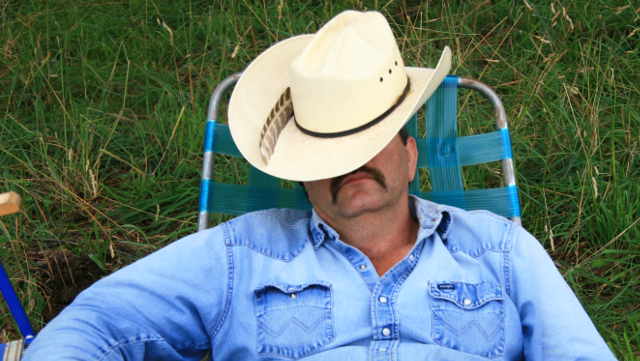 – Improve productivity by over 30%

– Reduce stress and the risk of heart disease by 34%

– Reduce the risk of accidents at work and on the road

The Siesta has existed for thousands of years and was previously regarded as a physical necessity rather than a luxury. While the traditional Spanish style siesta can last for up to two hours to avoid the hottest part of the day, there is actually a biological need for people in all climates to have a short rest in the afternoon to revive energy levels.  The form of rest recommended for health and productivity benefits is a short 10-20 minute nap, and not the 2-hour-long siesta normally associated with Spain, enjoyable as that may be!

Research shows that the majority of people suffer from tiredness twice in every 24 hour period. We are what’s called Bi-phasic; we need two periods of sleep; a long one at night and a shorter one during the day. The early afternoon brings a drop in energy levels, not as severe as night time, but sufficient to make it difficult to concentrate and think clearly. By having a short nap we can help ourselves think more clearly by more productive and reduce the risk of heart disease. Tiredness can also be a cause of accidents. A short 10-20 minute nap is all that is needed to restore our concentration, alertness and improve productivity for the afternoon.

Bill Clinton napped while President of the United States to help him cope with the pressures of office.

Brahms napped at the piano while he composed his famous lullaby.

Napoleon napped between battles while sitting on his horse.

Churchill maintained that he had to nap in order to cope with his wartime responsibilities.

Einstein napped frequently during the day to help him think more clearly. He would sit in his favorite armchair with a pencil in his hand and purposefully doze off. He would wake when the pencil dropped, ensuring he did not enter a deep sleep from which it would be difficult to wake up.

The biological need for naps

In recent years, studies have suggested that we have a biological need for afternoon naps. Contrary to popular belief, eating lunch does not bring on drowsiness, although a heavy lunch, carbohydrates and alcohol can make us more tired.

Our ‘biological clock’ regulates certain bodily functions such as blood pressure, heart rate, body temperature and hormonal secretions as well as telling us when we need to rest, to maintain health and wellbeing. The Circadian Rhythm regulates daily rhythms in the body. Studies show that there is a strong biological tendency for humans to become tired and possibly fall asleep in the early or mid-afternoon as well as at night. It happens about 8 hours after we wake up in the morning. There is a drop in body temperature at this time too which may be more pronounced in men. The afternoon level of fatigue is not as pronounced as our night time pattern, but sufficient to reduce our effectiveness and performance.

If we do not get enough sleep at night time, then the need for another rest during the day is even greater. However, sleep deficiency in the long term can be a serious problem and medical help should be sought. Occasional late nights and loss of sleep can be recovered at weekends and by short naps, but should not be made a daily pattern. Napping does not make up for serious sleep deficiency.

Research (published 2007) by Harvard School of Public Health in the US and the University of Athens Medical School conducted over a 6 year period with 24,000 men and women have found that a short nap in the early afternoon can reduce the risk of heart disease by 34%.

NASA has done studies for astronauts and pilots, to determine what the best sleep patterns are to maintain maximum performance. They discovered that after a short nap there was a 34% improvement in performance and 54% in alertness. Although these tests were performed for astronauts, the benefits would apply equally well to any industry. It is hard to imagine any other method of productivity enhancement having such profound effects.

In 1975 Dr Roger Broughton of the University of Ottowa first proposed that naps were a natural part of the human sleep cycle. He found that, even after a full night’s sleep, people have a strong tendency to fall asleep in the early afternoon. When volunteers were put into a time-free environment, they tended to sleep in two time periods; one at night and another about twelve hours later in the early afternoon.

The Circadian Rhythm of the body is actually 25 hours, so the sleep pattern in a time-free environment would get pushed forward an hour each day. We tend to ignore this for reasons of practicality and work routines by regulating our waking time to the same time each day. The second wave of tiredness happens about 8 hours after we wake up in the morning. So during the early afternoon between 1.30pm and 3.00pm, we are likely feeling tired again. A short nap of 10-20 minutes, can satisfy this desire for sleep and allow us to wake up feeling refreshed and much more alert.

Tests with volunteers have shown that a short nap can restore energy levels so they can take on more tasks, feel more alert and do significantly better in tests of mental performance.

How long should the nap be?

The ideal nap should be between 10-20 minutes.

Sleep has been found to follow a cycle where we go through five stages or depths of sleep. These are measured by muscle tone, eye movement and the electrical activity of the brain. Brain waves are measured according to speed with the quickest being Alpha-rhythms followed by the slower Beta-rhythms and the slowest being Theta and Delta.

One sleep cycle (which includes all five depths of sleep) lasts around 90 minutes and is repeated 5-6 times each night. Stage one is the transition from wakefulness to sleep which may last around 5 minutes. Stage two is characterized by slower breathing and heart rates and will last for up to 30 minutes, after which we enter stages 3 and 4 which are the deepest levels of sleep. Stage 5 brings REM and the dream state. To benefit from a short nap it is important that we do not enter the deepest stages of sleep. We need to wake up before we enter stage 3, otherwise, we are likely to find it difficult to wake up again.

When people experience grogginess after napping it is probably because they have overslept. If they are chronically overtired, they may pass more quickly to stage 3 sleep which will make it difficult to wake up. The short nap is not a replacement for proper night-time sleep. Anyone suffering from chronic fatigue or difficulty in sleeping at night should consult their doctor. The ideal length of time is between ten and twenty minutes although even two or three minutes can be beneficial. The use of a timer, mobile phone alarm or a nudge from a friend is encouraged to avoid over-sleeping.

The siesta rest has origins in Islamic Law and is written about in the Koran.  However, the word siesta is Spanish, originating from the Latin “Hora Sexto” meaning “the sixth hour” (six hours from dawn is noon). Siesta means “midday rest”. Although Spain is often considered as having invented the ‘siesta’ it’s origins go back much further in history within Islam.

Romans had a regular siesta; it was considered to be a physical necessity rather than a luxury, but it is unlikely that they had a health policy that included this, as was the case in Islam.

The Spanish have become known for their liking for a long 2-hour siesta, but this was introduced centuries ago to allow their farmers to rest during the hottest part of the day. Consequently, they work longer into the evening. Traditionally in Spain, the siesta can last up to two hours or more. Firstly there will be a good lunch with friends or family then they will rest. Although tradition would have them go to bed in pajamas, these days any sofa, bed or chair or shade will suffice and they may have a short nap as part of the overall siesta. However, not all will have a sleep and the Spanish siesta is more about taking a break away from the heat of midday sun.

Today, with modern equipment and most people working in air-conditioned offices, there is not the same need for a long siesta, so the Spanish are now trying to make less of it and adopt a working day schedule more in keeping with northern Europe. However, this does not mean that they do not need a short rest. The biological need for rest in the early afternoon applies to all people on all continents.

Humans are mammals just as any cat, lion, cheetah, horse or dog and we are all bi-phasic; we need more than one session of sleep within a 24 hour period. All other mammals nap, yet many humans, particularly in the British and US cultures try to struggle through the natural tiredness that occurs about 8 hours after waking in the morning.  By having just a 10-20 minute nap as part of our lunch break we can restore our energy levels for the afternoon and be far more productive and alert.  The two-hour siesta is no longer seen as necessary, but a 10-15 minute nap can do wonders for us all.