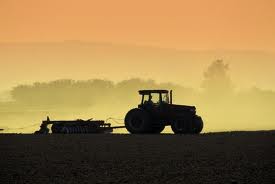 Gateway to South America on 31/03/2015 - 09:48 in All categories of countries are, Argentina-General, Brasil-general en, Chile – General, General of Uruguay, Perú-general en

Four years ago, when the China-driven commodity price boom was in full swing and south-south ties were all the rage, Dilma Rousseff began her first term as Brazil’s president with a symbolic gesture — jetting off to Beijing. Now, as commodity prices collapse alongside China’s slowing economy, Ms Rousseff has begun her second presidential term by saying she wants to rebuild relations with Washington. She has barely mentioned Beijing. The shift reflects broader changes in South America’s commodity-dependent economies, where the abrupt collapse in energy, food and metals prices has opened up dangerous trade and financing gaps that could force deep economic and political change.

In Colombia and Peru, where commodities account for two-thirds of exports, current account deficits are forecast to reach 5 percent of gross domestic product this year — a level not seen since the 1990s when the region was associated with default.

Soya rich Argentina and oil-producing Venezuela are suffering from dwindling foreign reserves. As for Brazil, where commodities account for 60 per cent of exports, its trade deficit last year widened to $4bn — the same as in 1999, when Brazil was sucked into a global emerging-markets crisis.

“I am very worried. In fact I have been worried for years,” said José Antonio Ocampo, a professor at Columbia University in New York and a former Colombian finance minister. “Commodity prices were bound to fall, sooner or later.” Even in 2008, when commodity prices peaked, South America ran a combined current account deficit equivalent to 1 per cent of GDP.

Now the situation is far worse. Should prices drop to 2003 levels, the region’s current account deficit would be about 7 per cent of GDP, Mr Ocampo estimates. The challenge of financing this gap, equivalent to about $350bn, poses the region’s “greatest risk”, he says. Although the whole region is affected, there is a spectrum of concern. At one extreme are spendthrifts such as Venezuela, where investors fear a bond default following the halving of the price of oil, which accounts for 96 per cent of its exports.

Last week, Caracas turned to Beijing for a bailout. At the other are more prudent countries, such as Chile and Peru, which have ample fiscal and hard currency reserves. Brazil lies between. “Investors are discriminating, so I don’t expect contagion from any Venezuelan default,” said Neil Shearing of Capital Economics consultancy. “There are also several reasons why a 1980s-style debt bust is unlikely.”

The first is improved economic policy making, especially the use of floating exchange rates, which act as a buffer. The Brazilian, Colombian and Chilean currencies have dropped more than a quarter in the past two years. “In some ways, investors have already panicked,” said Mr Shearing. However, Argentina and Venezuela have fixed exchange rates, while oil-exporting Ecuador is dollarised.

Elsewhere, weaker currencies can close trade gaps by boosting exports. Rapid depreciation also feeds inflation, however, prompting central banks to raise interest rates, which slows the economy. This has been Brazil’s experience. “It is a marathon,” said Alberto Ramos, an economist at Goldman Sachs. “[Brazil’s] adjustment could last more than a year.” Another reason is that most of the region has low debt and enjoys access to abundant international liquidity to plug financing gaps. “I am optimistic here,” said Mr Ocampo.

Yet, although South America attracted copious foreign investment in the past decade, reaching $188bn last year, more than a third has been into mining and energy. Such investments could now dry up. Furthermore, high foreign reserves do not always offer protection for indebted corporates when currencies plunge — as Russia shows. South American companies have about $300bn of hard currency bonds, according to Bank of America, a figure dominated by Brazil’s Petrobras, where a corruption scandal has locked the state oil company and some subcontractors out of capital markets. The broad implications for South America from this new state of affairs are threefold.

First, belt-tightening will slow growth. Brazil is cutting public spending by 2 per cent of GDP, while Colombia has increased taxes to cover revenue shortfalls. “Slower growth is the new normal,” said Mr Shearing.

Second, the region needs a new post-boom economic model, especially if local manufacturing were to be hollowed out by cheap Chinese imports. Greater economic orthodoxy may result. “You have to understand that commodities are subject to deep cycles,” said Mr Ramos. “Don’t get too carried away during the good years.”

Third, there may be a re-emphasis on north-south trade ties that languished during the commodity bonanza. Ms Rousseff’s desire to improve US relations — and even Washington’s rapprochement with Cuba, as the latter’s benefactor, Venezuela, bounces off the ropes — may be two early signs of this.

This article was sourced from the March 2015 edition of Latam News, the monthly newsletter of the Australia-Latin America Business Council (www.alabc.com.au