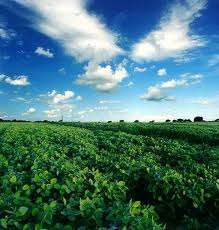 The nations of Argentina, Brazil and Uruguay have united to draft laws to limit acquisition by foreigners of extensive tracts of their fertile agricultural land. Despite slight differences between them, the proposed measures are generally fairly mild. None of these three member countries of the Southern Common Market (Mercosur) – the other member is Paraguay – proposes to ban land sales to private or public foreign capital, nor to regulate land use, nor to repossess land that has already been sold.

But they are attempting to set limits on further expansion of rural properties in the hands of companies or citizens belonging to foreign countries that regard them as an asset to supply food for their own markets, or as a speculative investment.

Brazil has already passed a law limiting the purchase of land by foreigners, and by Brazilian companies partly owned by foreign capital, while Argentina and Uruguay are studying similar bills.

Alarm has arisen over the increasing purchases of land in these countries in recent years, due to soaring international food prices and the lack of other safe options for financial investment.

This flurry of land and food sales is not only about securing food supplies. Some land purchases in Ukraine, Senegal, Nigeria, Russia, Brazil and Paraguay, by banks and financial institutions, are of a speculative nature, the report says.

The September 2010 law restricts the amount of land that can be purchased or leased by foreigners, and limits the area of any one municipality that can be foreign-owned to 25 percent. The Brazilian Institute for Colonisation and Agrarian Reform (INCRA) said about 4.5 million hectares are owned by foreigners, but the government admits this figure is low and that the real area may be more than twice as large.

Meanwhile in Argentina, the government of President Cristina Fernndez sent a bill to Congress in April which -if approved- will limit land ownership by foreigners to 20 percent of the country’s total area, and bans them from purchasing more than 1,000 hectares in productive agricultural areas.

The Argentine authorities estimate some seven million hectares of land are in foreign hands, but the National General Auditing Office puts the level of foreign ownership at 17 million hectares, equivalent to 10 percent of the national territory, and over half the planted area.

However, neither Argentina nor Brazil proposes to limit foreign participation in investment funds, nor do they plan to repossess land that has already been sold.

In Uruguay, the leftwing government of President Tabar Vzquez (2005-2010) was unable to pass a law to restrict transfer of land to foreign ownership, but the Frente Amplio (Broad Front) coalition plans to approve it this year, now that it has a parliamentary majority during its second administration under President Jos Mujica, who took office in 2010.

The 2000 census indicated 17 percent of Uruguay’s land is owned by foreign capital, geographer Marcel Ashkar of the University of the Republic’s Faculty of Sciences told IPS. But by now it is estimated that between 20 and 30 percent of arable land is foreign-owned.

The Ministry of Livestock, Agriculture and Fisheries reported that between 2000 and 2009, six million hectares changed hands, and over half this land was bought by foreigners, mostly Argentines and Brazilians.

Soybean, rice and forestry plantations are attracting capital, not only from Uruguay’s two large neighbours, but also from Spain, Chile and Finland, which have built enormous pulp and paper mills in Uruguay, enlarging their investments in the country.